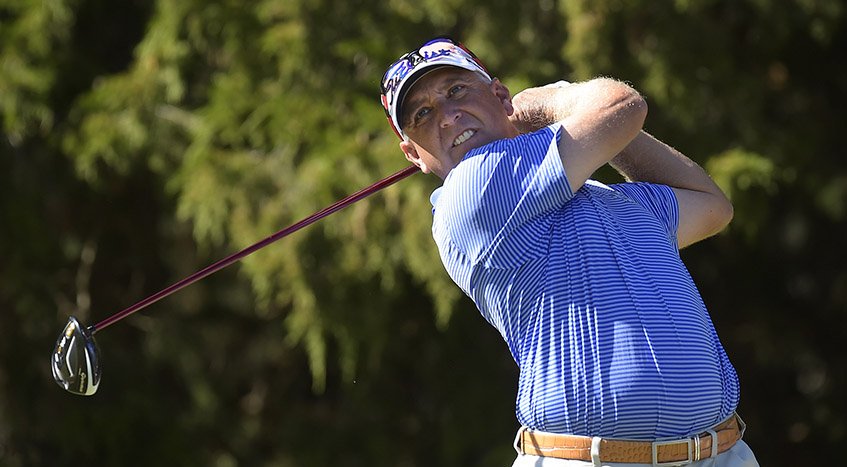 Senior PGA Throws A Tough Oak Hill At The Elderly

Posted By: Tom Edringtonon: May 24, 2019In: PGA Tour NewsNo Comments

Oak Hill is another one of those fabulous courses that can challenge the best players in the world to the max.

It has withstood the test of time and it’s a pretty big challenge if you throw the old guys out there.

The Rochester gem is the site for this week’s Senior PGA and Oak Hill defended itself nicely on Thursday.

Everyman golfer Scott Parel, who is living every over-50 golfer’s dream, found himself alone atop the leader-board after Thursday’s first round.

Parel’s four-under 66 on the beat-you-up par 70 was incredibly steady — three birdies and eagle at the 570-yard par five fourth, and one lone bogey was a hard day’s work.

Retief Goosen, Ken Tanigawa and Marco Dawson were a shot behind him.

Scott McCarron has been a dominant force on this circuit but on Thursday, could only manage a two-over par 72 — but he had plenty of well-known company including The Terminator — Bernhard Langer.

In all, only 15 players managed to shoot under par and there were 11 players who couldn’t break 80.

The only question mark is Saturday when a major storm front that has swept across the mid-west, is forecast to sweep through the northeast, Rochester included.