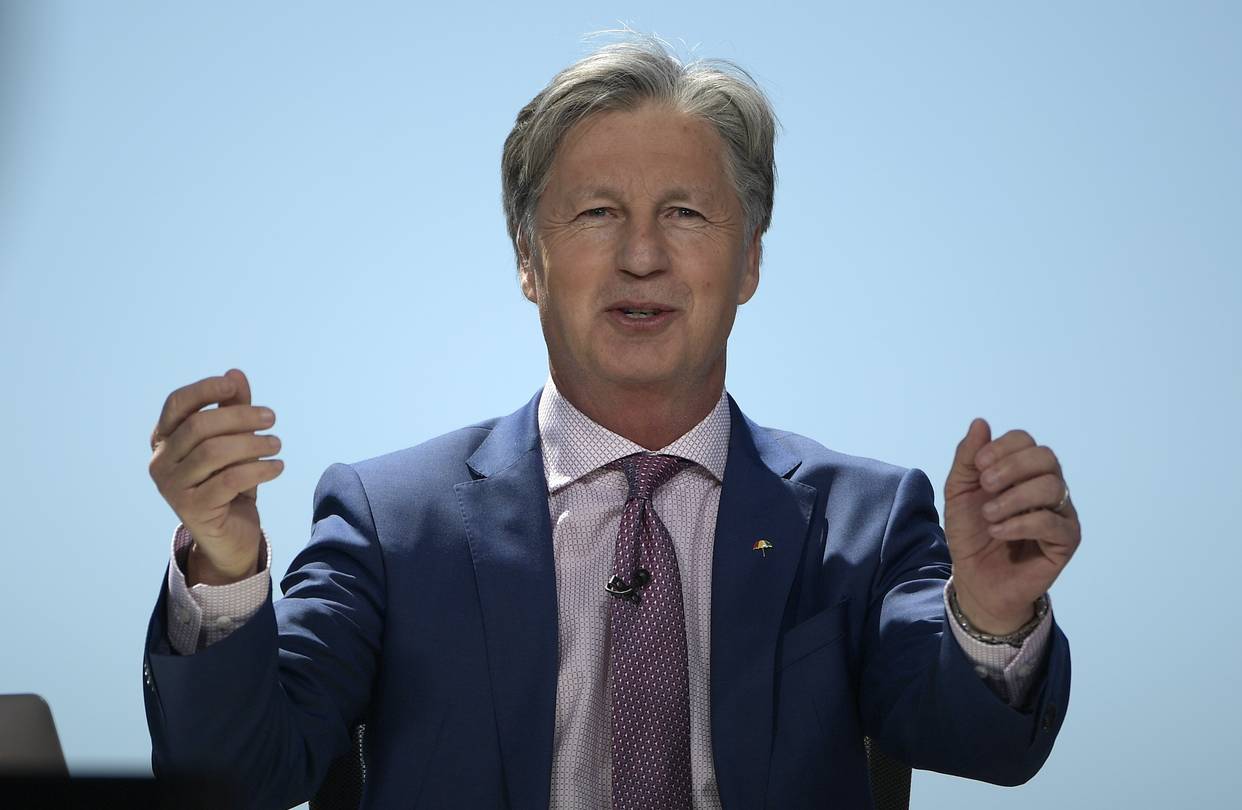 Brandel Chamblee has no problem calling someone out.

Make no mistake about it — Brandel Chamblee has no problem pissing off players on the PGA Tour.

Tiger Woods has been mad thanks to Chamblee and you can add Brooks Koepka to that list along with a lot of other big names.

It was a slam-dunk for Chamblee to blast Patrick Reed after the rules violation down there in the Bahamas last month.

Chamblee was outspoken enough to use the “C” word — as in cheating.

Now it seems Reed’s barrister has had some time on his hands so last week he dashed off one of those nonsensical “Cease and Desist” letters to Chamblee, basically demanding that Chamblee quit throwing darts at Reed.

“The purpose of this letter is to obtain assurance that you will refrain from any further dissemination, publication or republication of false and defamatory statements concerning Mr. Reed, including any allegations that he ‘cheated’ at the Hero World Challenge in the Bahamas,” said barrister Peter Ginsberg, a partner at the New York City law firm of Sullivan & Worcester.  You might think that Reed would be represented by the firm of “Dewey, Cheatum and Howe.”

Ginsberg, previously represented Ray Rice and has sued the PGA Tour on behalf of Vijay Singh and Hank Haney.

“To defend what Patrick Reed did is defending cheating. It’s defending breaking the rules.”

Chamblee was laughing about the letter.  “As I read further and got to the sentence that the tape fully supported him, I wondered how did Patrick Reed find the only lawyer in the world who didn’t play golf?  “As I continued, I felt like I was reading Finnegan’s Wake,” Chamblee added, referencing James Joyce’s famous novel.

Ginsberg’s letter states that Chamblee implied Reed was also guilty of improper conduct in the past, a reference to allegations published in 2015 by author Shane Ryan claiming Reed had been accused of cheating and theft while in college. His attorney described those allegations as “demonstrably false” and attached signed statements by two of Reed’s college coaches, Chris Haack at the University of Georgia and Augusta State’s Josh Gregory. Both statements were dated shortly after Ryan first reported the Reed allegations.

Chamblee said he takes his words seriously.  “My job is to be accurate in my analysis and I weigh my words heavily.  Nothing I said on the air did I say flippantly. I thought about how exactly to say it to get closer to the larger point about the traditions of the game. That’s the origin of my remarks. They had no malice. They were meant to be accurate and admonishing about the decay of the traditions of the game. Instead of self-policing it’s catch-me-if-you-can. And that bothers me.”

At the end of the day, Chamblee was only saying was everyone was thinking after Reed’s sand-sweeping incident at Tiger’s event.

The letter from the attorney has no teeth.  Chamblee is entitled to his opinion and that’s what he gave everyone.