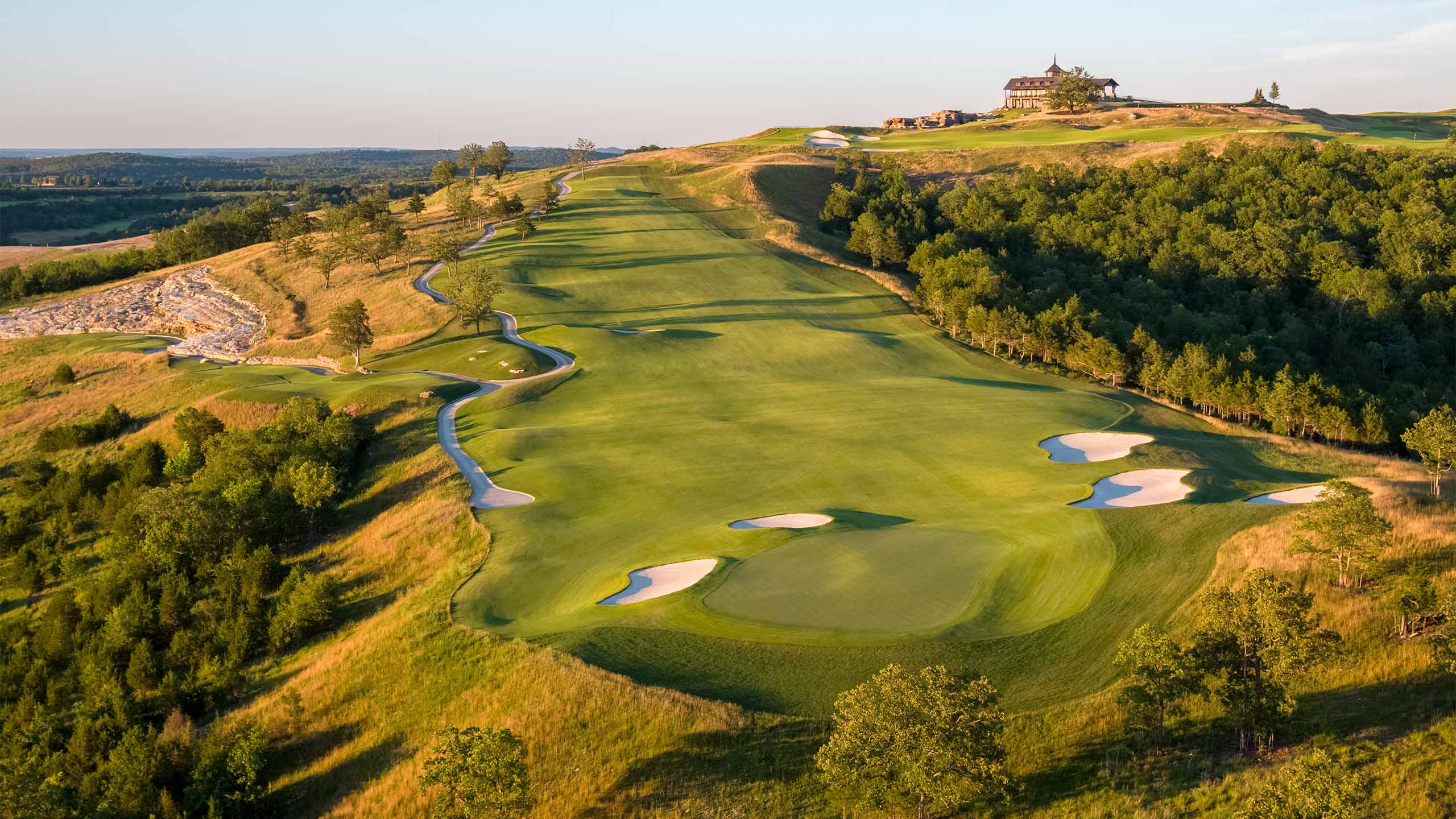 Payne's Valley at Big Cedar Lodge is a visual treat.

Payne Stewart grew up in Springfield, Missouri, he and his family were longtime friends with Johnny Morris, founder of Bass Pro Shops and the mastermind of Big Cedar Lodge, an incredible destination resort.

The latest course opened on Tuesday.  It’s called Payne’s Valley in honor of the late Payne Stewart and course designer Tiger Woods brought in some buddies for a match to raise funds for the Payne Stewart Family Foundation.

Rory McIlroy teamed with Justin Rose to take on Woods and Justin Thomas in a specialty match that had three different formats.  The course itself, like all the courses at Big Cedar Lodge has stunning vistas.  “The property is gorgeous and it’s something people will love,” Woods said of his latest design.

The match was pretty relaxed.  It featured an assortment of good shots and some really ugly ones.  There was a lot of friendly banter in this big-time production.

McIlroy and Rose won the best-ball play over the first six holes, 2-and-1.  Woods and J.T. bounced back to take the alternate shot, winning on the 12th hole, a par five when Rose hit a particularly ugly pitch for his third and it cost the European duo that portion.  Woods and J.T. won 1-up.  Instead of six holes, there were seven to finish with the course featuring a “19th” hole.  Not the ones most are used to but a real hole — a peninsula green for a hole that measures around 100 yards.  Everything was all square when they arrived there — Rose was one-up on Woods and J.T. was one-up on Rory.

The tiebreaker was closest to the pin and Thomas planted his wedge shot just inside nine-feet to give him and Woods the edge.  Thomas beat Rory 2-up and Rose bested Woods, 1-up with the tiebreaker giving the Americans the match.

The Golf Channel production was excellent over the four-and-a-half hours of the exhibition.

It will most likely be the last time Woods plays until the ZoZo Championship on Oct. 22 at Sherwood Country Club.

A familiar face at the United States Golf Association will be calling it quits next year.

Mike Davis made his mark setting up U.S. Open courses and became the USGA’s first CEO.  On Tuesday, he announced he’s leaving at the end of 2021 to pursue his lifelong passion for golf course design.

The 55-year-old Davis joined the USGA in 1990. In 2011, he succeeded David Fay to become the seventh executive director in the organizations history. In 2016, he was named CEO, which under revised bylaws made that position, and no longer the USGA president, the most powerful in the organization.

The announcement comes in the aftermath of a well-received U.S. Open at Winged Foot, which due to COVID-19 was played in September for the first time since 1913, and without spectators.

“It’s just the right time for me,” said Davis. “I’m in a really good place. Part of me will indeed be sad because I’ve grown up in this organization, but I’m excited about the future. The USGA’s in a great place. And I think the game is moving in the right direction.”