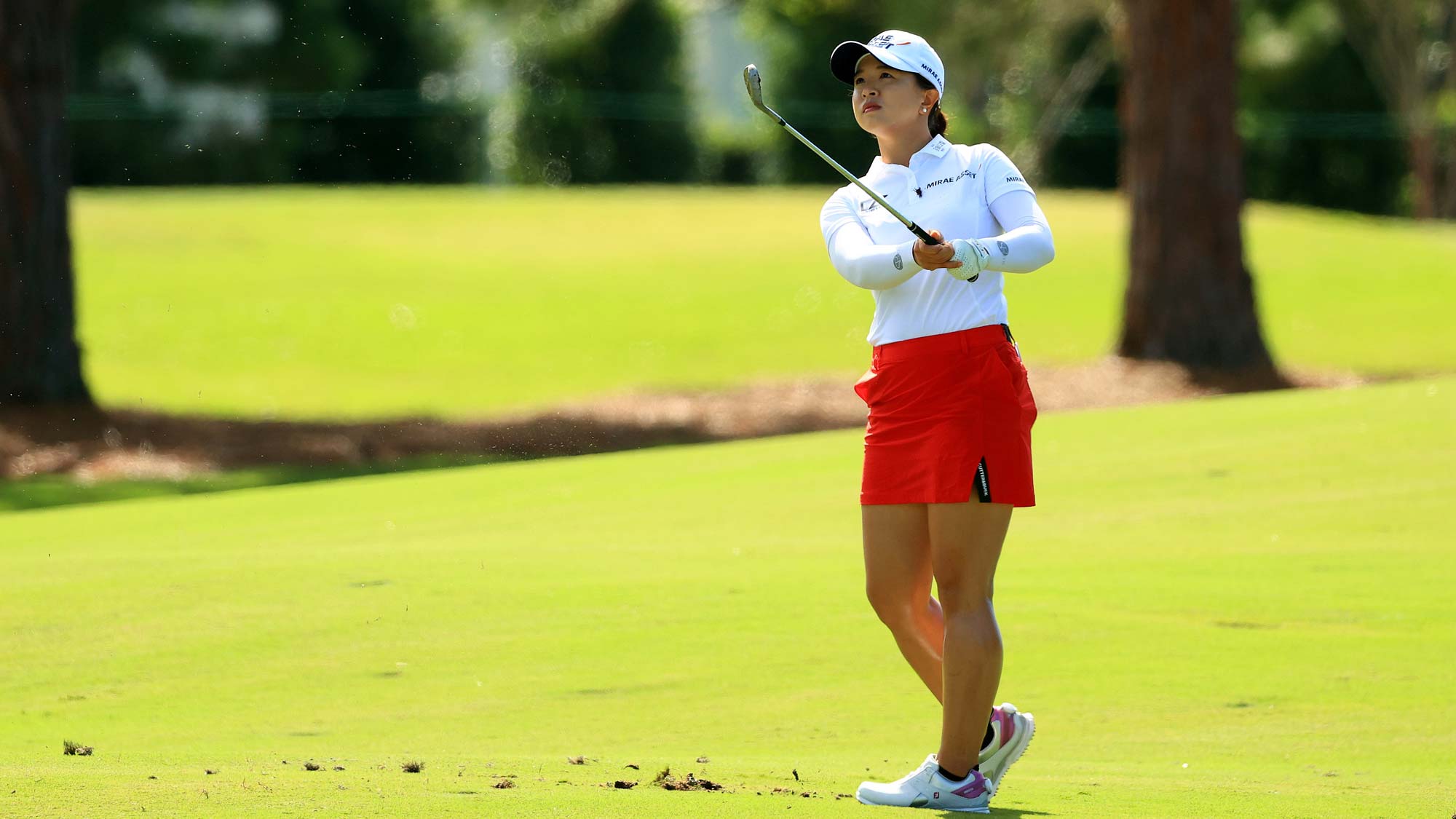 Sei Young Kim's five-shot lead was too much for anyone to overcome.

Give the world’s No. 2 a five-shot lead going into the final 18 and it’s difficult for anyone else to claim victory and that was the case Sunday afternoon at the Pelican Women’s Championship.

Sei Young Kim won for the second straight outing as her last appearance was her first major win at the Ladies PGA.

She stayed on a roll all week at the Pelican Golf Club as windy conditions made it difficult the first three rounds and a lighter breeze over the final 18 saw lower scores but Kim was simply too far ahead of the field.  She shot a low-stress, even-par round of 70 and still won by three.  She finished where she started the day — 14-under par and three clear of American runnerup Ally McDonald.  McDonald’s closing 68 got her to nine-under, a shot better than England’s Stephanie Meadow.  Meadow shot 68 and was solo third at eight-under.

For Kim, it was her 12th LPGA Tour win and she now trails only Inbee Park (20) and Se Ri Pak (25) on the list of South Korean stars on the LPGA Tour win list.

It was the first time a player followed up a major championship win with a regular tour win in four years.  Last to do it was Ariya Jutanugarn in 2016 when she won the Women’s Open and the CP Women’s Open back-to-back.

Kim was showered with champagne after she holed out on the 18th.

“My friends put it on my head and then my T-shirt and everything,” Kim said. “Feels like a shower in the champagne. I still smell — and then drink a little bit and feel — feels, you know, like little drunk.”

Kim is now challenging fellow South Korean star Jin Young Ko for the No. 1 spot in the world rankings.  Ko finally returned after staying back in South Korea during the height of the COVID-19 pandemic.  Ko showed the rust from her layoff.  He closed with a 71 and was three-over for the week, tied for 34th.

Kim is now the most confident player out there heading to the U.S. Open in a few weeks.  “Always after win always got the extra confidence, so when I play, standing on the golf course, it feels very happy when I walk on the course,” said Kim, also a five-time winner on the Korean LPGA Tour.  “It’s really great.”

Jessica Korda shot the week’s low round over the final 18 — a six-under par 64 that got her to seven-under and earned a tie for seventh.