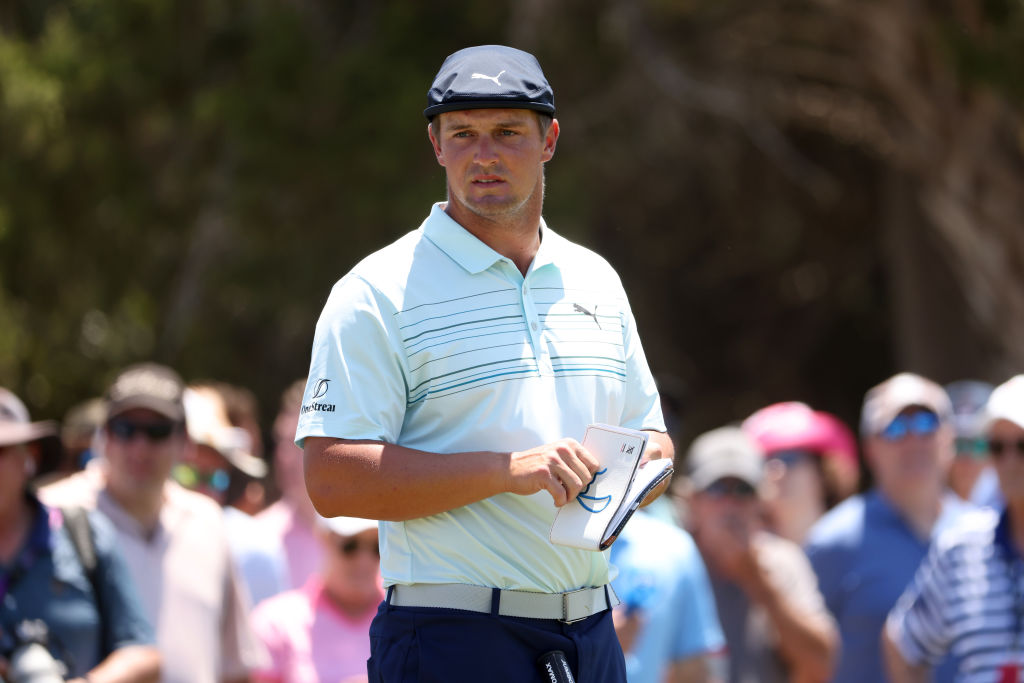 Bryson DeChambeau has been a vociferous reader of those greens books.

You may or may not recall that last June, the PGA Tour’s Player Advisory Council took the first step to eliminate those pesky, detailed green-reading books that some players studied relentlessly, perhaps adding to the Tour’s slow-play issues.

The Tour’s Policy Board will vote on November 8 to make it official and put an end to the use of said greens books on the PGA Tour.

“I use a green book and I’d like to get rid of them,” Rory McIlroy said during the 2021 U.S. Open.  Rory also added that he felt that green-reading books have made players “lazier.”  Note that McIlroy is also President of the Players Advisory Council — which made the recommendation to the Tour board.

The Tour is anticipating the board will indeed vote those books out of existence.  The Tour sent out emails to its members, in advance, that the ban will take play on January 1, 2022.  It’s being referred to as the “Local Rule.”  “The purpose of this Local Rule is to return to a position where players and caddies use only their skill, judgment and feel along with any information gained through experience, preparation, and practice to read the line of play on the putting green,” the notice read.

Players and caddies will now have to use “committee approved” yardage books.  Players and their caddies can still put notes into the new books but devices, levels and other greens-reading technologies may not be used, even in practice rounds and pro-ams.

Jordan Spieth Back In The World’s Top 10:

Jordan Spieth won three majors and became No. 1 in the world at the tender age of 23.

The past few seasons, Spieth slumped.  He was ranked 82nd in the world at the end of the 2020 season.  But last year Jordy turned things around.  He won the Texas Open, his first victory since the 2017 Open Championship.  Things are still trending up for Spieth and this week he moved into the Top 10 in the Official World Golf Rankings.

In the latest rankings, Jon Rahm remains No. 1 followed by Collin Morikawa, Dustin Johnson, Patrick Cantlay and Xander Schauffele in the top five.  Vacationing Bryson DeChambeau checks in at No. 6 followed by Justin Thomas, Rory McIlroy, Louie Oosthuizen and Spieth.