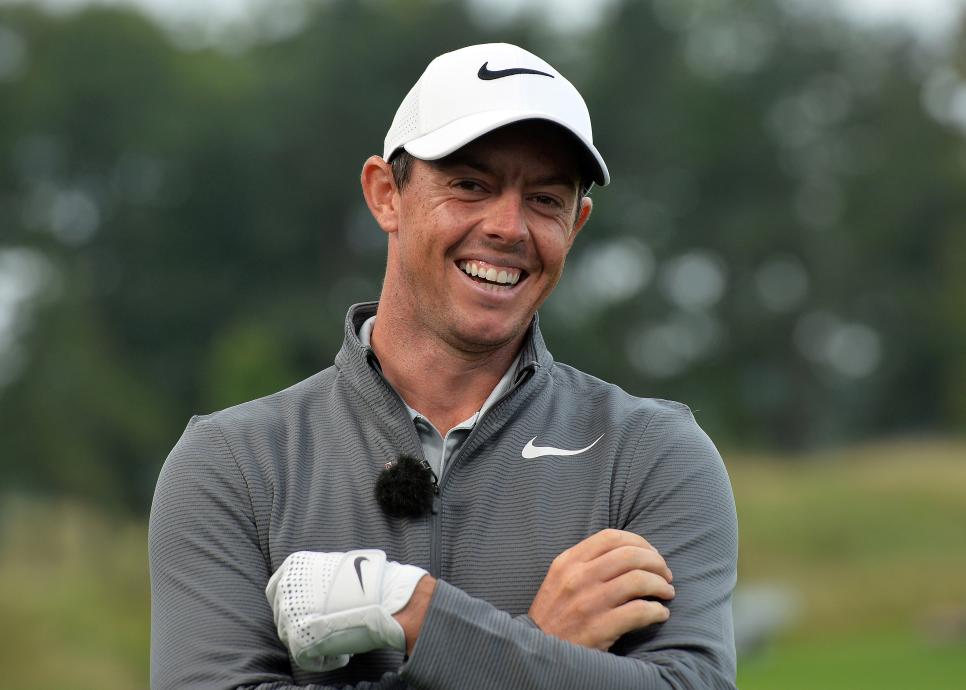 Rory McIlroy is against having books for reading the greens.

There are strong indications leaking from the PGA Tour’s Player Advisory Council that those books players use to help read greens will no longer be allowed when the 20-21 regular season ends in August.

Rory McIlroy is a key part of that PAC and at his press conference this week, he voiced a strong opinion against the use of those books:

“It’s not that it’s an advantage really, it’s just taking away a skill that takes time and practice to be mastered.  I think reading greens is a real skill that some people are better at than others, and it just nullifies that. It nullifies that advantage that people have. Yeah, honestly, I think it’s made everyone lazier.  People don’t put in the time to prepare the way they used to, and that’s why you see so many more players at Augusta, for example, take their time around the greens, hit so many more putts, it’s because they have to. It’s because there is no greens book at Augusta. Look, it might take practice rounds, it might make practice rounds a little longer, and you might have to do a little bit more work, but I think, once we get to the tournament rounds, it will speed up play, and I think it will help the guys who really have done their homework, it will help them stand out a little bit more.”

The PGA Tour has yet to confirm the rumor, but where there’s smoke, there’s fire and in this case, Rory would know where the fire is.

Doesn’t look like Lefty will end up with the career Grand Slam come Sunday at the U.S. Open.  Mickelson, who turned 51 on Wednesday, shot a first round 75.  Phil managed just a single birdie during his opening round.  Five bogeys left him eight shots off the pace.

Matt Wolff gave Bryson DeChambeau a fight last September at the 2020 U.S. Open at Winged Foot.  Wolff ended up solo second to Bryson.  But Wolff has found the going tough in 2021 and stepped away from the game to try and get himself right mentally.  He bought a house in Jupiter but ended up spending most of his time back in Stillwater, where he spent his college days at Oklahoma State.

Wolff finally found himself in a better place and played his first competitive round in two months and it was a good start for him, albeit a crazy kinda day.  Starting on the back nine, Wolff birdied three of the first four then went four-over on holes 15-17.  Another birdie at 18 and he turned even par.  The front nine was more of the same roller coaster ride.  Four birdies over the first five holes, add in a bogey and a double for a 34 and a one-under round of 70.

A lot of thought goes into these U.S. Open pairings.  Five of the world’s top 10 played in the morning wave, the other five in the afternoon.

In the morning it looked like this:  Xander Schauffele 69, Brooks Koepka 69, Tyrrell Hatton 70, Justin Thomas 73, Collin Morikawa 75.  Thomas managed just one birdie for the day.  As for Morikawa, his putting was simply awful and that will get you over par in a hurry.

In the afternoon, world’s No. 1 Dustin Johnson shot 71, even par; Jon Rahm put himself in the hunt with a 69, Patrick Reed shot one-over par 72, Patrick Cantlay was one-under par with two holes left in his first round while defending champion Bryson DeChambeau struggled and shot 73.

Not much went right for former U.S. Open champion Jordan Spieth on Thursday.  Jordy’s putter didn’t like the poa greens and by day’s end, Spieth signed for 77, six-over par and is in danger of not making it to the weekend.