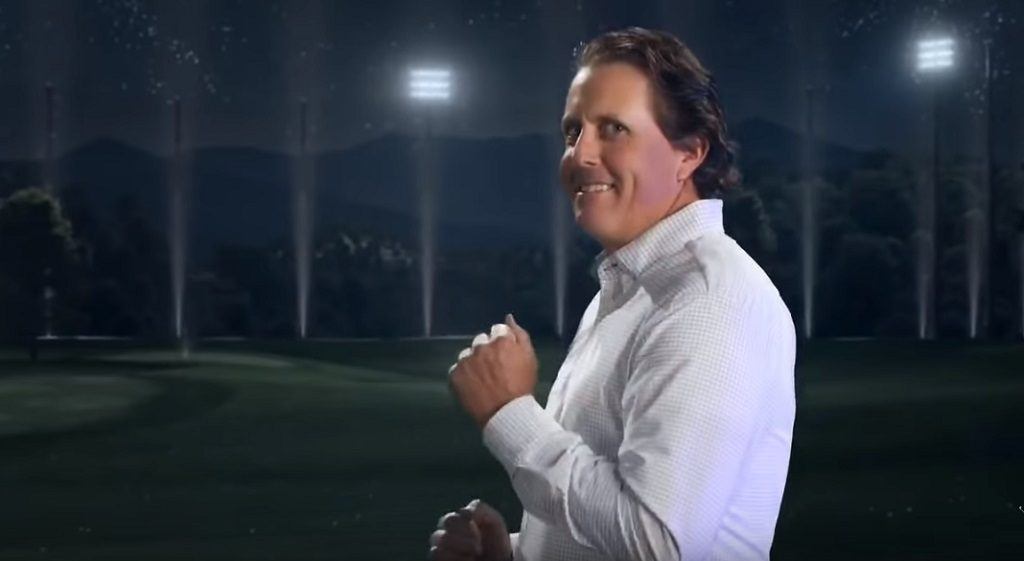 Lefty apparently is the King of Social Media on the PGA Tour.

Apparently Phil Mickelson is the winner of the 2021 Player Impact Program on the PGA Tour and the $8 million that goes with it.

Because Lefty said he won.

I’d like to thank all the crazies (and real supporters too) for — Helping me win the PiP!!
To get the 2nd half of the money I have to add an event I haven’t played in awhile. See you in Kapalua😘 🏌️‍♂️🏄‍♂️🏊
P.S. I’ll try and find another hot controversial topic soon👍

So now we know why Phil’s showing up at the Tournament of Champions next week.

Everyone assumed that Tiger Woods would easily win this thing but evidently that wasn’t the case.  When you stop and think about it, Lefty was all over social media.  Fireside chats with Phil, showing off those calves on more than one occasion.  Sitting on the couch at home, demonstrating calf exercises to build up those muscles (tongue in cheek humor) and tons of various other episodes on Twitter and U-Tube.

Of course, the PGA Tour isn’t telling anyone, but hinting it might release the results around mid-February.  In fact, with still time to go, the Tour has refused to admit what Mickelson is proclaiming.  Could the late tallies from Tiger and Charlie at the PNC actually end up  with Lefty getting egg on his face?

You may or may not recall that the Tour created this big-money program in 2021 to reward (pay) the players that bring the most interest to the Tour.

Last August prior to the Tour Championship, The Sheriff Of Nottingham (aka Tour commish Jay Monahan) said this:

What we also know is that the greatest needle-driver of them all, Tiger Woods, if he indeed has finished second to Lefty (again Tour won’t confirm or deny) then El Tigre will have to settle for a mere $6 million and you wonder if The Great Stiney (aka Woods manager Mark Steinberg), will want his cut out of that.  Second and six million certainly doesn’t suck.

What isn’t known is how the rest of the big pot got split up.

What about Jon Rahm?

What about the great Brooksie-Bryson social media spat that had the golf world taking sides?  Where did Koepka and DeChambeau fit into the picture?

Who are the surprises?  Is Harry Higgs in there — the portly Harry was somewhat of a social media darling this past year?

And the bigger question remains — did Phil REALLY win??

The Tour is being quiet mum and secretive.