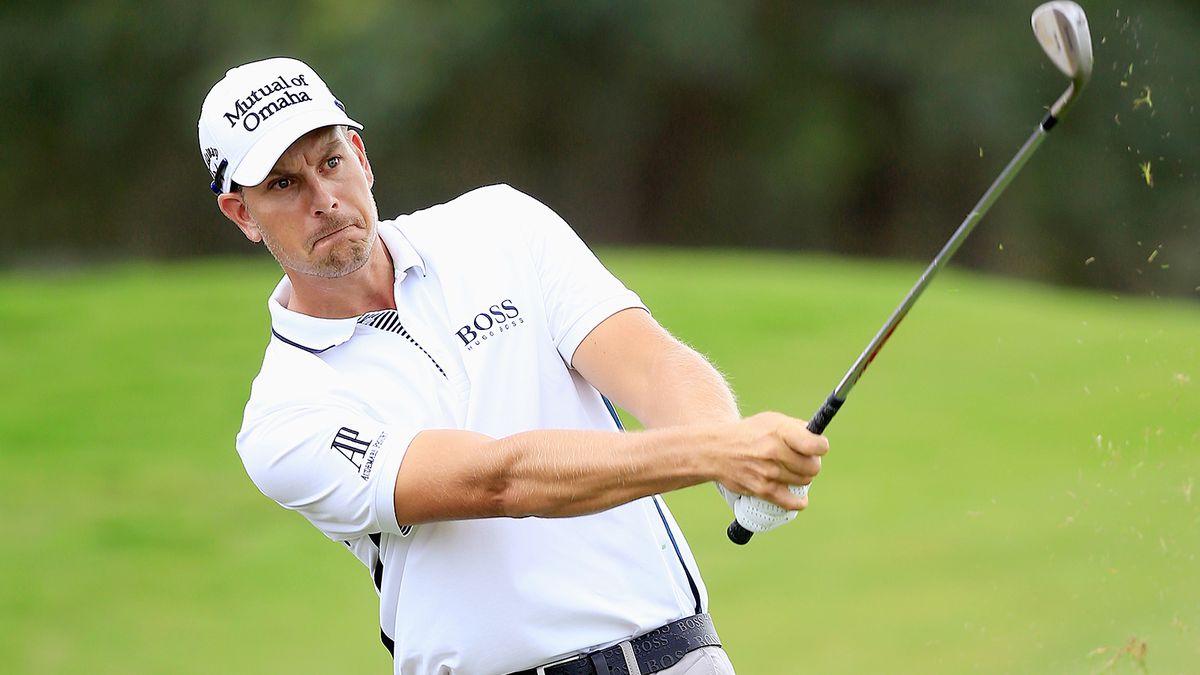 Henrik Stenson goes the "no comment" route when pressed about the PGL.

Just when you thought the Premier Golf League had quietly gone away — it hasn’t.

Everyone thought that PGA Tour Commish Jay Monahan (aka The Sheriff Of Nottingham) squashed that upstart would-be league when he basically told his army of skilled club-swinging minions that it was either “Them or us.”

But that wasn’t the end of it.  Lurking in the shadows, representatives of the would-be league have been whispering in the ears of some prominent players — Henrik Stenson included.  Jon Rahm’s been on that “whisper” list.  But no one’s talking.

Stenson was quizzed last week at the WGC-St. Jude.  It was highly unusual for him to appear for media inquiries, he wasn’t among the tournament favorites.

What happened was an ambush, putting Stenson on the spot in regards to his contacts from the PFL

First question fired got right to the point, asking him to comment on the Premier Golf League contacting him:

Stenson responded:  “I think we’ve all kind of seen — we’ve seen some of the things in the press and, yeah, I know a little bit what’s going on behind the scenes and I’m following it closely, like a lot of other people. Yeah, we’ll see what happens in the future really.

Can you say now whether you’ve been approached or not, or is that sort of under cover?

Third question, following up the “well, we’ll ……..”   You’ve been approached then?

Stenson, grinning:  “All right. Thanks for adding that.”

Talk about tap-dancing around the questions.

Stenson’s obviously not talking and knows more than he’s letting on.

Last week whispers from Europe grew louder.  It’s no secret that the European Tour doesn’t have the financial firepower of the PGA Tour and it has quietly made overtures to the PGA Tour to form an alliance.  But then comes back-room talk that the Premier League might actually try and acquire the European Tour.

Crazy as it sounds, if you believe what we hear about the deep, deep funding for the Premier Golf League, it’s not out of the question that it might try.

Whatever happens, there are star players out there who know what’s going on behind the scenes.

The European Tour remains embedded in England with this week’s event — The English Championship.

Sounds like a spelling bee but it’s 72 holes at Hanbury Manor in Hertfordshire, another Marriott golf property.

The past two weeks have seen rising stars step up with victories by Renato Paratore of Italy and English up-and-comer Sam Horsfield.

Lee Westwood is skipping the season’s first major, the PGA Championship and is staying at home in England.  This was the site of his fourth career victory, having claimed the English Open at Hanbury Manor in 1998.

Westwood is joined in the field by Miguel Ángel Jiménez, Soren Kjeldsen, Michael Campbell and David Howell, who all played at Hanbury Manor in at least one edition of the English Open.

Marathon Classic Up Next For LPGA:

The LPGA heads to Sylvania, Ohio for its second tournament of the re-start season — the Marathon Classic.

It’s a 72-hole event at Highland Meadows Golf Club but defending champion Sei Young Kim won’t be there.  Like many of the South Korean players, she’s not traveling at this time.

Danielle Kang, winner last week at Inverness, will try and make it two-in-a-row while Nelly Korda, the highest-ranked player in the field (No. 2) will try and bounce back from a less-than-steller showing last week at the Drive-On.