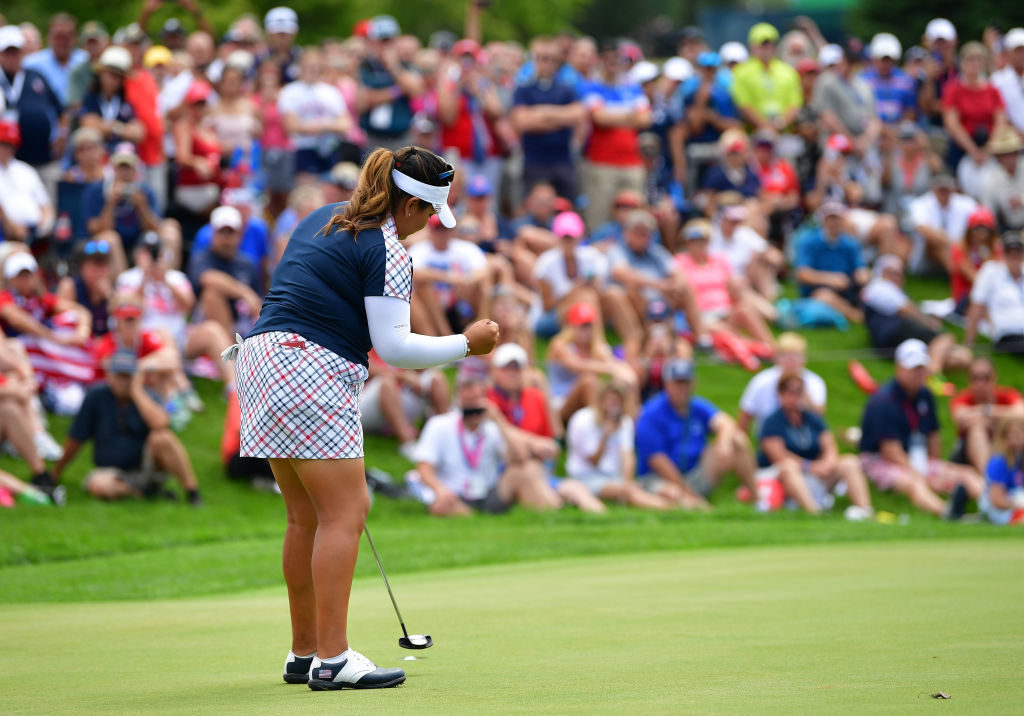 Lizette Salas made everything she looked at until a crucial left-to-right down the stretch in singles play.

Posted By: Tom Edringtonon: September 09, 2021In: The Lesson TeeNo Comments

Anyone who has played competitive golf knows that the toughest putts to make when you need to make one are those dreaded left-to-righters (for right-handed players).

Perfect example was last week’s Solheim Cup.  Lizette Salas was one of the USA’s stars.  She was making putts left and right, winning points then came the critical Monday singles matches.

Late in her match, Salas was faced with a crucial, left-to-right breaking putt.  What transpired was somewhat shocking.  She hit a weak bleeder that didn’t even get to the hole and missed on the low side — commonly referred to as the “amateur” side (yeah, we’ve all done it).

The professional miss is typically a pull, where the player puts a little too much speed on it and misses left — pretty much the way Bryson DeChambeau did in the second round at the Northern Trust when he had that short putt for 59.  Bryson claims he mis-read it.  And we call “BS” — he flat out pulled it but Bryson never takes responsibility for a miss — it’s always a quirk in the golf universe that was the culprit

So today, we’ve got a primer for you from Steve Johnston from the Pebble Golf Club in Scotland, it’s located south of Edinburgh.

You’ll have some fun with this — the thick Scottish brogue will get your attention and help you understand the old saying:  We are one people separated by a common language.