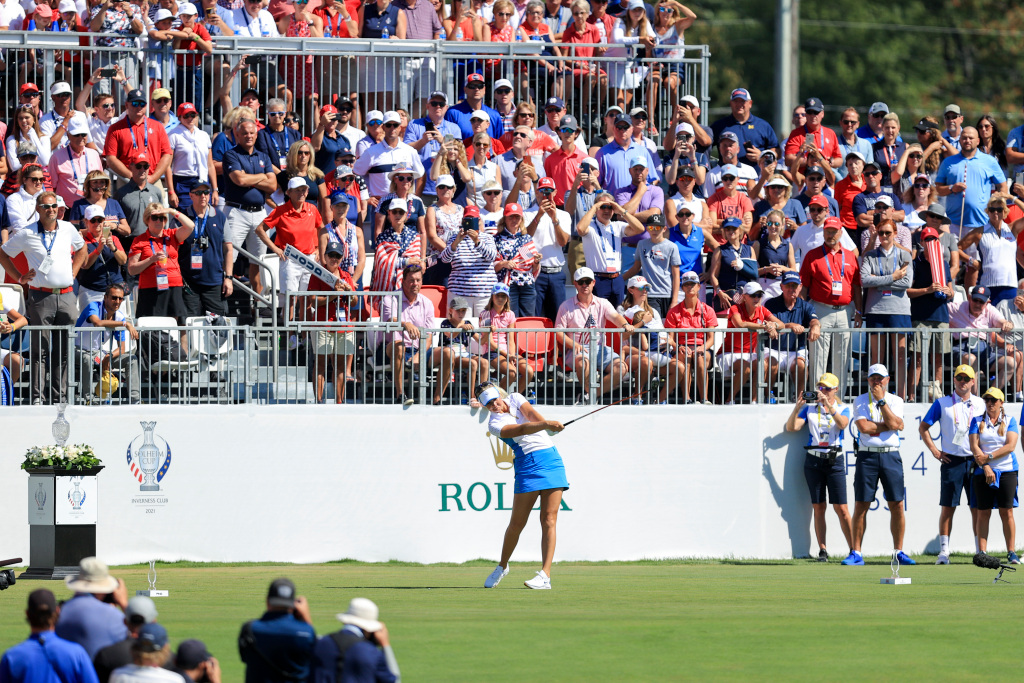 Anna Nordqvist (no. 15) was the highest ranked player on the European side.

The Solheim Cup Has One Big, Glaring Problem

The best players in the world of women’s golf are not/were not there.

This biennial contest that pits the USA against Europe has the pomp and ceremony and enthusiasm but that still doesn’t make up for the fact that the only two of the world’s top 10 players were at the Inverness Club last week.

Has the rise of golf in Asia, Australia and New Zealand rendered the Solheim Cup insignificant?

A lot of golf observers will say “yes” to that , some will offer up that it’s still a great spirited competition.  But what separates it from Ryder Cup status is the lack of the world’s best being able to compete and show off their skills.

What if — and this is a big “What If” — you formed a team from Asia that included South Korea, Japan, Thailand, the Philippines, Australia and New Zealand?  Suppose that team took on the best players from the U.S. and European teams?  It would probably be a lopsided affair if you consider the type of “International” team that could be assembled.  Perhaps add Canada to the mix so Brooke Henderson (world’s No. 9) would be able to play.

Just outside the top 10 you find 11th-ranked Nasa Hataoka (Japan) and No. 11 Patty Tavatanakit (Thailand).  Now throw the Jutanugarn sisters (Ariya and Moriya) into the mix and it would be really, really tough to make that International squad.

So there really needs to be a Solheim International Cup.  Only problem, given the depth of international talent it might not be much of a contest.