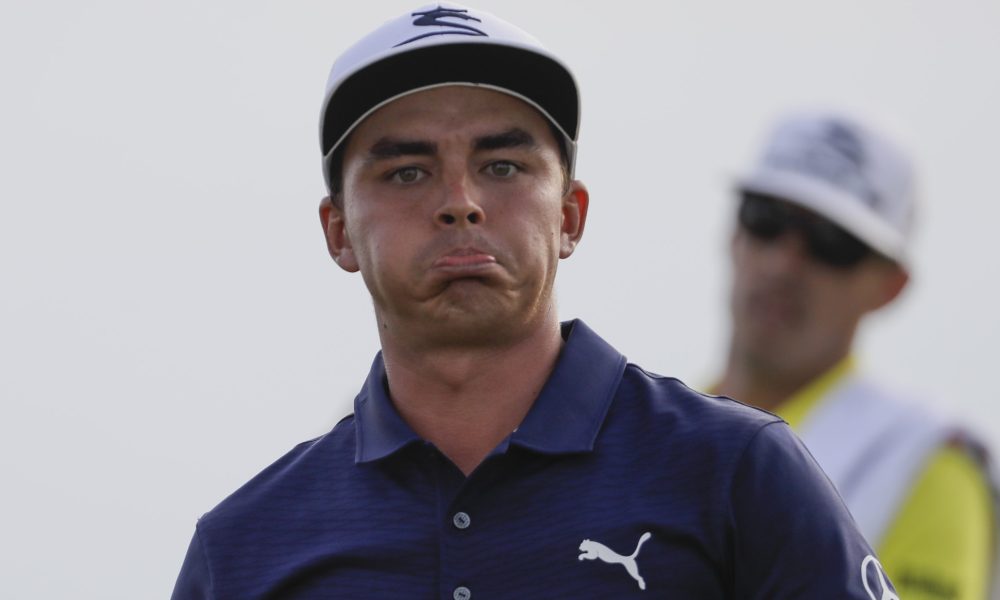 Rickie Fowler's been taken out of action by a nasty intestinal virus.

Rickie Fowler (The Newlywed) Taken Down By Nasty Virus

Rickie Fowler won’t be at Mayakoba this week.

He was supposed to be there, but he won’t.  Blame it on something called Campylobacter jejuni.

Campylocter jejuni?  Sounds like some kind of curse that a Bayou conjure woman might cook up but it is actually a nasty intestinal bacterial infection and Fowler picked up a bad case of it on the tail end of his honeymoon last month.

Fowler said at the tail end of his honeymoon – he got married the first week of October – he came down with Campylobacter jejuni, which is among the most common bacterial infections and leads to cramps, fever, pain and diarrhea.  Ugh.

Fowler said he started feeling the effects of the intestinal bacterial infection Oct. 26 and didn’t started getting back to normal until Nov. 7.

“It was not a fun stretch,” Fowler said. He added he is taking medicine to combat the last stages of the infection and just didn’t have enough time to properly prepare for the Mayakoba Golf Classic, where he’s finished second and in a tie for 16th the past two years.

But there’s more to the Rickie jejuni.

Brooks Koepka is supposed to play in the Presidents Cup matches next month in Australia but there’s a cloud looming on the horizon for player/captain Tiger Woods.  Koepka aggravated his knee injury and was forced to withdraw from the CJ Cup tournament last month.  Koepka is currently rehabbing the injury and Woods referred to that when he made his captain’s picks last week.

“I’ve asked him to keep me in the loop,” Woods said of Koepka.

Now if Koepka hasn’t made enough progress for the long travel and multiple matches in Australia, Woods will be allowed to pick a substitute and Fowler’s name was at the forefront of that list until he revealed his bout with the nasty virus.

So what happens next?

Well, neither Brooks or Fowler are playing golf right now.

For what that’s worth.