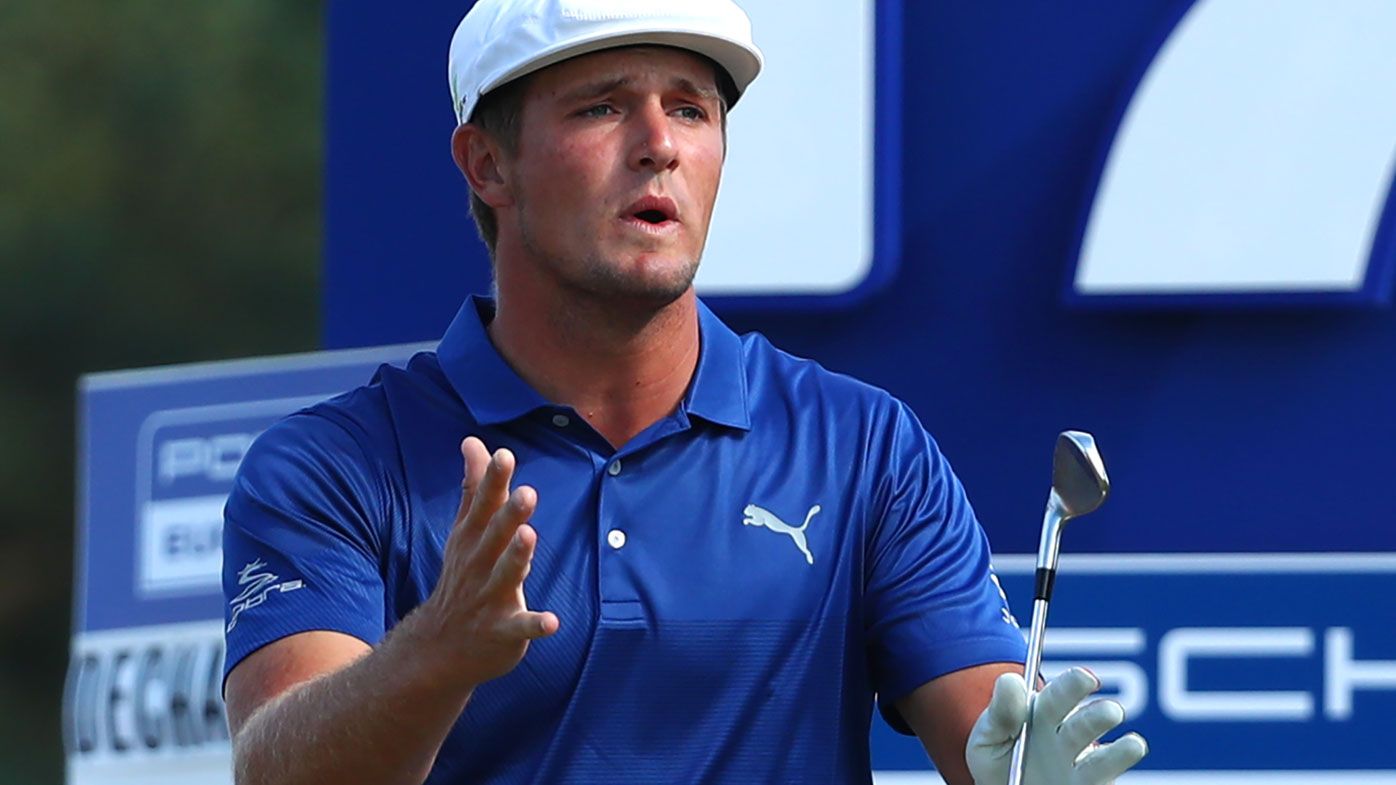 Bryson DeChambeau's putter was his best friend on Sunday.

Bryson DeChambeau has taken the “Rocket Science” approach to re-inventing his golf game so it made perfect sense that he’d be the man standing in the victory circle at the Rocket Mortgage Classic.

It was a year ago when young Matt Wolff stole the 3M title from DeChambeau but Bryson made sure there would be no repeat of that on Sunday afternoon at the Detroit Golf Club.

DeChambeau didn’t waste any time setting the table for his sixth PGA Tour victory.  Four front nine birdies catapulted him to the top of the scoreboard while Wolff tripped and fell out of the blocks, starting his day with a bogey that cut his lead from three to a single shot after Bryson birdied the opening hole.

The first nine was frustration for Wolff and laser-like focus for DeChambeau, who started three back.  Wolff, who hadn’t had a top 10 since his win at the 3M last season, looked visibly nervous and the result was three bogeys over his first six holes while DeChambeau fashioned four birdies over his first seven.  It was that front nine 32 from DeChambeau that got him to 20-under at the turn and set the stage for a back-nine march to victory.

Another birdie at the 10th for DeChambeau and another bogey on the same hole for Wolff put the virtual handwriting on the wall.

Wolff did his best to bounce back and he did, with birdies at 12, 13, 15 and 17.  A sloppy bogey by DeChambeau at the 14th gave Wolff a momentary glimmer of hope but the bulked-up bomber that DeChambeau has become, slammed the door with three straight birdies to close it out.  He shot 65, the day’s low round and left Wolff thinking about what might have been.

It was a day of redemption for DeChambeau, who was frustrated on Saturday and took it out on a television camera man who was showing DeChambeau throwing a tantrum in a sand trap a-la Sergio Garcia.  DeChambeau got in the cameraman’s face, complained and whined and gave himself a bad look.   Over the final 18, DeChambeau’s putter erased that frustration and he was able to capitalize on those monstrous drives that he now hits.  He leads the Tour in driving distance.  He averaged 350 on the measured holes for the week.

“It’s been a long time coming,” said DeChambeau after he thanked everyone he could think of including all his sponsors.  The man known as “the mad scientist” for his science-technology-engineering and math approach to the game, wants people to like him because he does take a different approach to the game.

“I want people to see another playing side of the game,” he explained.  “I hope everyone appreciates the hard work I’ve put in.”

That work has showed over the first four events since the PGA Tour’s re-start, as Bryson finished in the top eight in every event, but his putting kept him out of the winner’s circle.  “There were so many putts that went in,” he said, after watching his putter work well over the final 18.  “I was able to make three birdies coming in to win.”

That hard work also added 35 pounds to his body frame and that extra muscle has him hitting drives that are hard to imagine.  At the 18th, he bombed one 367 yards and left himself just 95 yards to the hole.  A wedge to three feet punctuated his day’s effort as he shot 65 — lowest score in the field.  In the end, he was 23-under and three clear of solo runner-up Wolff, who took positives from the loss.

“I’m really taking a lot of positives out of today,” he said after shooting a disappointing 71, his worst effort of the week.  “I’m not looking at any negatives this week.  At the start of the day, I was letting shots affect me more than the rest of the week.”

As for DeChambeau and his over-powering distance off the tee, he has inserted himself into the conversation for the three major championships to come.

When you can stripe it 370, golf becomes a different game and DeChambeau is certainly a different kind of player.