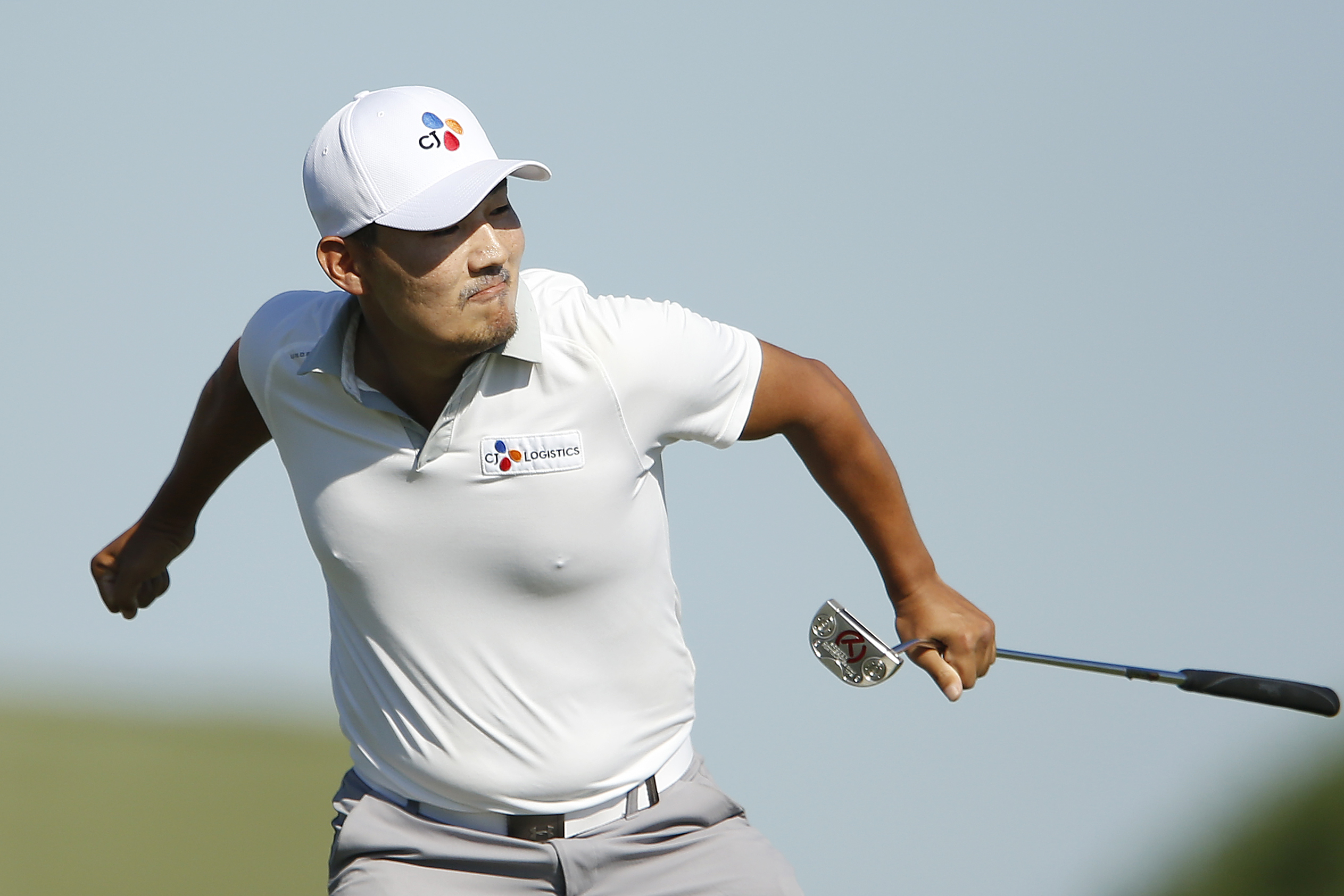 Sung Kang opened with a 10-under par 61 at TPC Summerlin.

It was a perfect day in Vegas — sunny, not too hot, little to no wind and it was a parade of birdies at the Shriners Children’s Open — led by Sung Kang and his 10-under par 61 on Thursday.

Kang went out early, took advantage of perfect greens went went to work on the back nine first — shooting a five-under par 31.  Four more birdies and an eagle on his final hole of the round put Kang at the top of the leaderboard.  Kang’s round was spurred by curing some issues that affected his driving accuracy. “The last few weeks I wasn’t driving it very good, but my iron play was pretty sharp and my putting was pretty good,” Kang said.  “So I was just thinking if I can get my driver somewhere in play I could actually score better.”

And he did but he wasn’t alone.  Sungjae (The Ironman) Im shot 63 along with Charley Hoffman and Chad Ramey.

Defending champion Martin Laird, who won last year playing on a sponsor’s exemption as a past champion, kept his hopes alive for a repeat as he opened with a four-under par effort of 67.

Last week’s winner at the Sanderson Farms, Sam Burns, kept up his strong play.  He was seven-under for the day until he made the mistake of missing the 17th green to the left and found the water.  He made double-bogey but still posted a five-under par round of 66.

Matthew Wolff, who’s trying to turn his game around and finished second last year, shot 64 and was tied for fifth.  Louie Oosthuizen, the world’s No. 8 and highest-ranked player in this week’s field, shot 65, tied for 10th.

Not much happened for world No. 9 Brooks Koepka on day one.  Koepka and Oosthuizen are the only players from the world Top 10 in the field.  All he could manage was a three-under par 68 and with all the low scores being put up, all that was good for was a tie for 58th.

Rickie Fowler is making his first start after seven weeks off.  Rickie worked to lose some weight, practice and made some equipment tweaks.  He struggled on Thursday.  He was four-over on his round through 11 holes but rallied down the stretch with birdies on three of his final six holes to shoot one-over par 72.  He’ll have to play better on Friday to make the cut.

Ditto for Scottie Scheffler.  Scheffler had a horrible first round and shot 74 which placed him at 143rd and in need of a low round just to make the cut.

Last week at Sanderson Farms, Will Zalatoris shot a second round 61, giving his fans reason to think it might be his turn to win.  But he faded over the weekend.  He opened on Thursday with a three-under par 68.