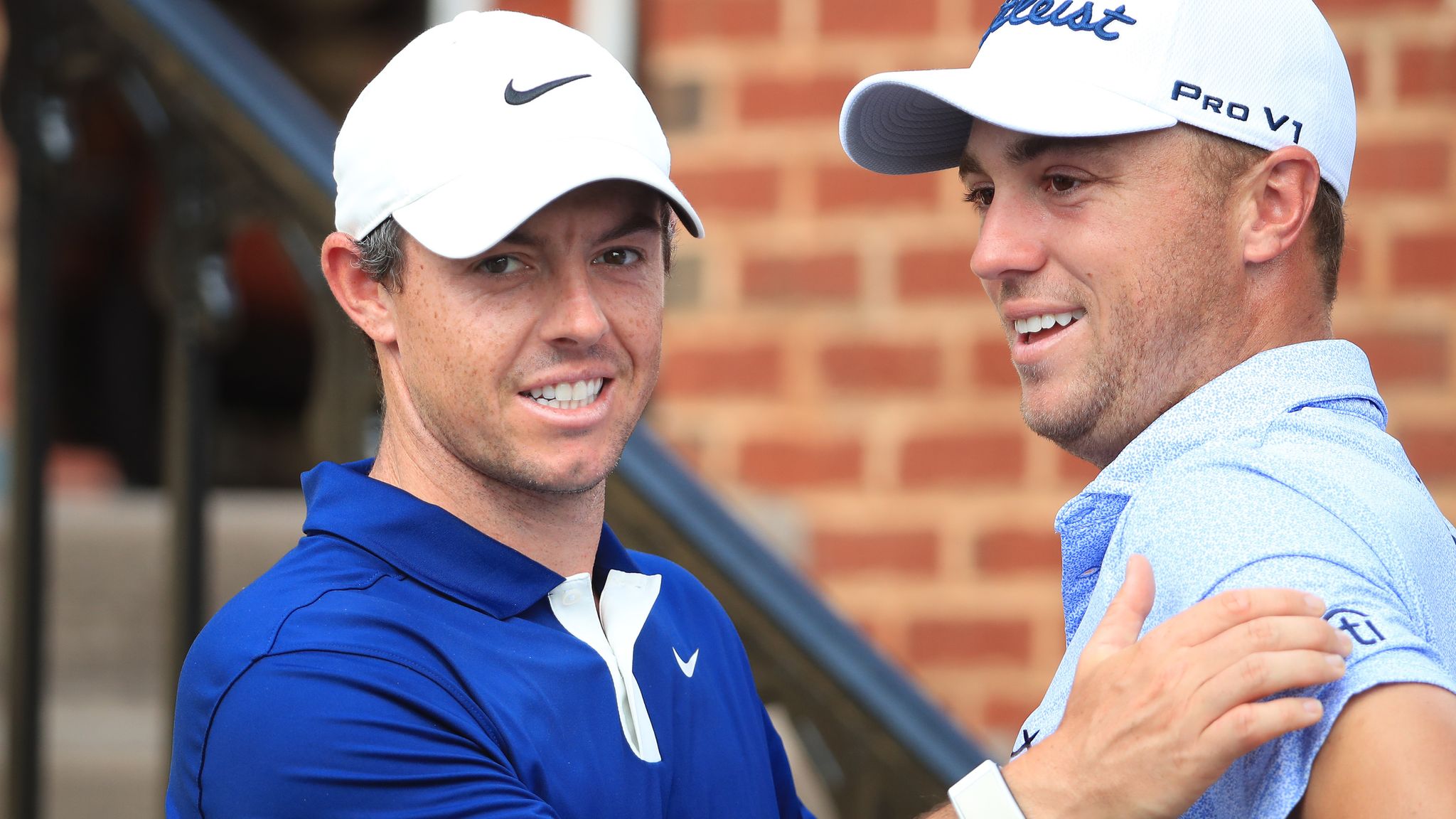 Rory McIlroy and Justin Thomas will collect some fat appearance fees this week.

Rory McIlroy had a pretty forgettable year in 2020 — he went winless.

Rory’s had eight weeks off since he tied for fifth at The Masters last November, might have been higher had it not been for that opening 75.  He rallied, shooting 66-67-69.

The European Tour is back in a big way this week with one of its prized, big money Rolex events — the Abu Dhabi HSBC Championship.  The field is packed with European Ryder Cup stars but Rory’s co-star this week is world’s No. 3 Justin Thomas, who checks in three spots higher than six-ranked Rory.  Good getaway for J.T. after the heat he took for the slur in Kapalua and the decision by the folks at Ralph Lauren to fire him.  Not sure they demanded that he send all his RLX gear back to them.

We know J.T.’s game is in shape for him to contend this week but Rory’s the big question mark.  The European Tour made the first two rounds a must-see as they’ve paired J.T. with Rory and thrown in European Player Of The Year Lee Westwood for good measure.

The Euros are chomping at the bit to get back in action — all their name guys are playing — Tommy Fleetwood, Shane Lowry, Matt Fitxpatrick, Tyrrell Hatton, Ian Poulter, Justin Rose, Henrik Stenson, Bernd Wiesberger and Matt Wallace make it more of a “let’s watch it” event than the American Express stop on this week’s PGA Tour schedule.

Only catch is that this one is for night-owls and early risers.  The Golf Channel will cover the first round starting at 10:30 p.m. (Eastern Time) Wednesday night.  It’s called hit the DVR for most.

Rory’s people at IMG passed out one of those vanilla quote sheets:

“I’m looking forward to coming back to Abu Dhabi.  It’s always a great event for the players and it’s the perfect place for me to start the 2021 season. Abu Dhabi Golf Club is a world-class golf course, one that I have come close to winning several times over the years, so hopefully I can do well again and be right up there contending come Sunday.”

Wow, wasn’t that a thrilling take from the quote-makers at IMG?

Now if only Rory can come up with a better putting stroke this year, he might actually stand a chance to win The Masters in three months and complete the career Grand Slam.  He needs to.  Truth be known, Rory hasn’t won a major since 2014 when he took both the PGA and the Open Championship.  Since then, a six-year drought.

For J.T., this is his first appearance in Abu Dhabi.  Everyone is curious as to what clothing line he’ll don after being poo-pooed by Ralph Lauren.  Don’t be surprised if he’s still sporting the old RLX gear.  After all, might be a good way to send the 81-year-old Ralph, whose real last name is Lifshitz, into a major tizzy.

“I’m excited to play for the first time in Abu Dhabi.  I’ve heard really great things about the course and with it being the first Rolex Series tournament of the year, I’m sure it is going to deliver a strong field. I enjoy new challenges, I like playing different golf courses around the world, and competing against the best players in the game, so of course I have my eye on trying to take home the Falcon Trophy.”

Thomas is the only big-name American in the field.  David Lipsky and John Catlin are regulars over there and they’ll make it a total of three Americans.

It’s a European Tour event with PGA Tour money up for grabs.

BREAKING NEWS:   Late Tuesday, it was revealed that Tiger Woods has undergone yet another back surgery.  He underwent another microdiscectomy procedure on his back to remove what was described as a pressurized disc fragment that was pinching a nerve.  The surgery has put Tiger’s early 2021 schedule on hold.  He will miss both the Farmers Insurance Open and the Genesis, where he is the tournament host.  He will be sidelined for at least two months.  He had the operation after feeling discomfort at the PNC Championship last December where he played with son Charlie.  His doctors expect a full recovery and Woods is hoping he can return in time to play the 2021 Masters in April.