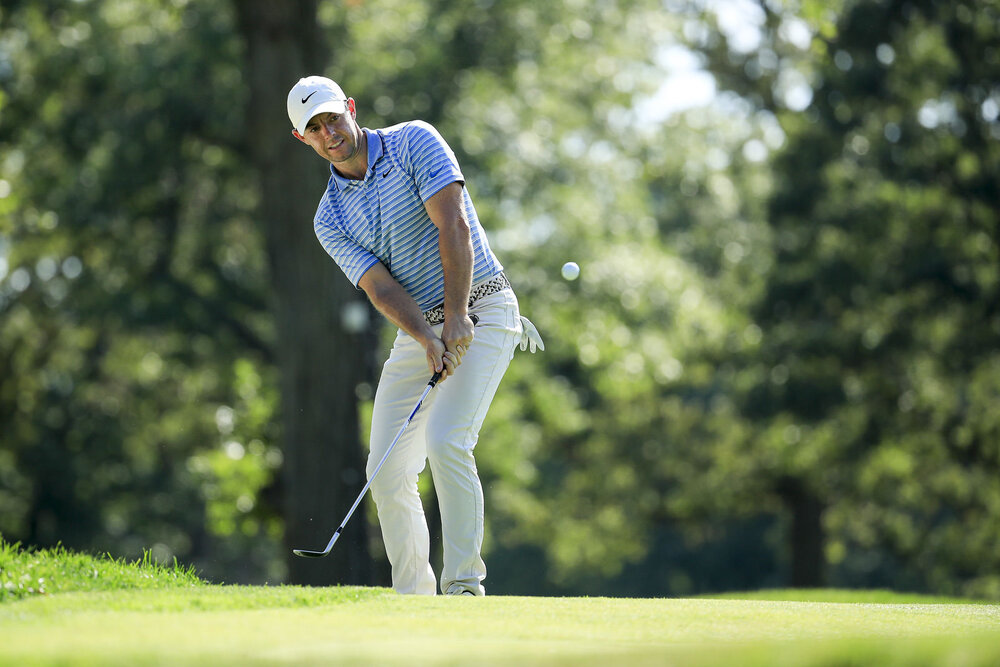 Note how Rory keeps the club-face from turning over for short shots around the green.

Posted By: Tom Edringtonon: January 21, 2021In: The Lesson TeeNo Comments

Rory McIlroy obviously did a lot of work on his game over nine weeks between the November Masters and his start Thursday at the Abu Dhabi HSBC Championship.

Rory opened with an eight-under par 64 and made it look easy, his putting was really good, all facets of his game were good on day one in the Middle East.

So today, we’ve got Rory in to give some tips on how to hit a bump-and-run shot around the greens.

He’s using a 52-degree wedge, but you can use different clubs, depending on the length of the shot and how much loft you want — it can be anything from a lob wedge to an eight or nine-iron.

Rory likes to get a little closer to the ball so that the shaft will be more vertical at setup.

Get more weight on the front foot at setup.

Rory makes it simple, rock the shoulder and let it go.

Also, don’t let the clubface turn over, you’ll want it pointing skyward, the way Rory’s clubface is in the picture above.

Most of all, practice these shots.  They can save you a lot of strokes over the course of a round.