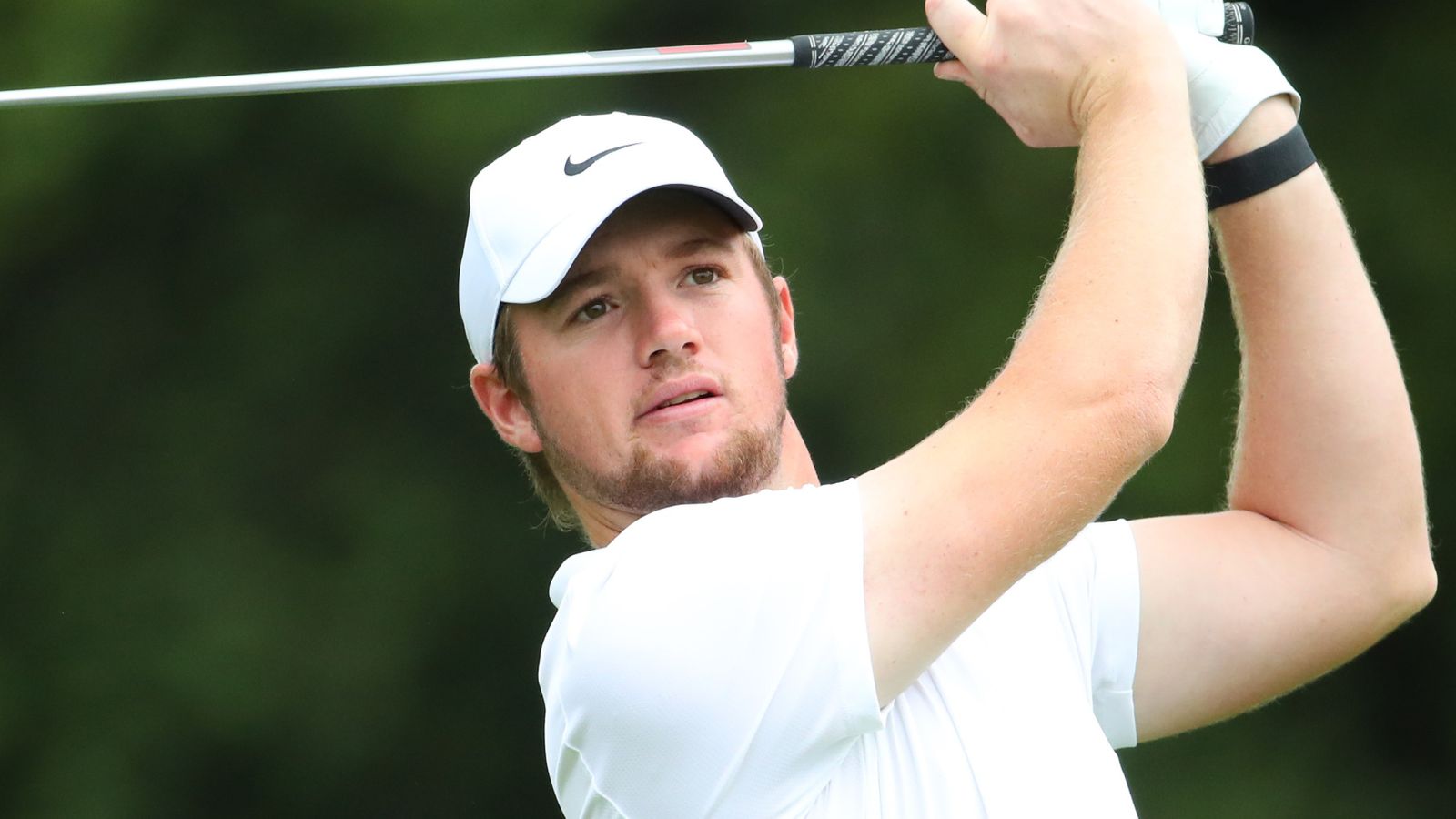 Sam Horsfield tested positive for the virus when he arrived at Winged Foot.

Sam Horsfield from England was looking forward to competing in this week’s U.S. Open at Winged Foot.  He won his first European Tour event last month at the Hero Open then followed that win up with his second at Celtic Manor, winning the Celtic Classic.

He finished second on the points list for the six-event U.K. Swing and moved to No. 81 on the world.

But that all ended on Monday when he tested positive for COVID-19.

Horsfield said he tested negative last week before he traveled to New York but tested postive after arriving on site at Winged Foot.  He’s asymptomatic.

He’ll be replaced in the field by PGA Tour member Rory Sabbatini, who will make his 13th U.S. Open start.  Doc Redman, who shot a final round 62 on Sunday at the Safeway Open and tied for third at 18-under par, is now the first alternate for the U.S. Open.

Dustin Johnson Is Tour Player Of Year, Scheffler Takes Rookie Of The Year:

The votes are in and it wasn’t surprising that Dustin Johnson is the PGA Tour’s Player Of The Year for 2019-2020.  Scottie Scheffler was also name the Tour’s Rookie Of The Year.

D.J. won twice in the FedEx Cup playoffs, including the Tour Championship and earned the FedEx Cup.  He had seven top 10s and only two missed cuts in 14 appearances.

He missed he fall portion, recovering from knee surgery and had a slow start when the season came back after the COVID suspension.

Scheffler was one of just two rookies to earn a spot in the Tour Championship and he tied for fourth at the PGA Championship.  Scottie finished fifth on the final FedEx Cup points list and like Johnson, had seven top 10s.  He also became the 11th player to break 60 with his 59 at the Northern Trust.

Justin Thomas was previously named the PGA Of America’s Player Of The Year.  The PGA award is based on a defined points system.  Like Johnson, J.T. had three tour wins and finished runnerup at the Tour Championship.

Jon Rahm, Collin Morikawa and Webb Simpson were also on the POY ballots.

Scheffler would have been one of the favorites heading into this week’s U.S. Open at Winged Foot until he tested positive for COVID-19.

Tiger Woods Puts New And Different Grip On His Putter:

Tiger will use his “old faithful” Scotty Cameron putter this week at Winged Foot but it has a new grip on it.

Tiger has used a PING putter grip with the letters blacked out.  This week he has switched to a Lamkin Deep Etched Pistol grip.  It’s a chord grip and he used it from time to time during his collegiate playing days at Stanford.