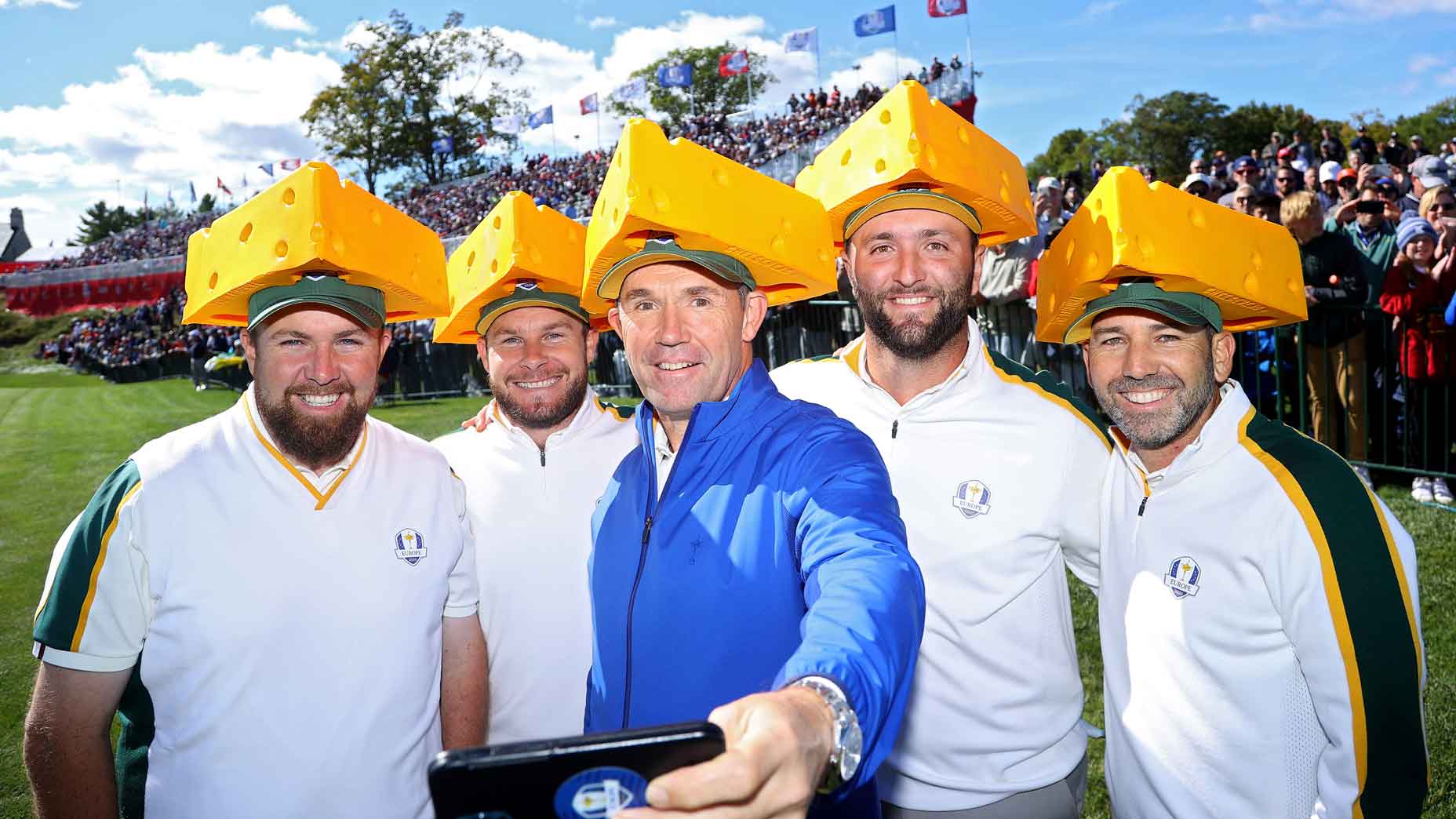 Team Europe wasted no time doing its best to win the hearts and minds of Wisconsinites at the Ryder Cup.

“It is a nod to Wisconsin and obviously to Green Bay,” Harrington said. “the players are pretty stoked out there that they’re doing something to show their respect for the local state we’re in.”

Team Europe if famous for being accommodating and fan-friendly.  They pose for pictures, sign autographs and interact with the U.S. fans and this week at Whistling Straits has been no exception.  Rory McIlroy and Jon Rahm have a big following in America and they’re easily the two most popular players on the European side.

Judging by team Europe’s practice rounds, signs are pointing to McIlroy partnering with both Sergio Garcia and Ian Poulter.  It’s looking like McIlroy and Garcia in fourball (best ball) and McIlroy with Poulter in foursomes (alternate shot).

Thought is that captain Harrington knows Rory is capable of playing with a younger player but he tends to play his best when he’s paired with a high-energy, emotional player like Garcia and Poulter.

“Rory’s the kind of player who feeds off the energy of somebody else, rather than bringing somebody else up to his level,” said former European Ryder Cup captain Paul McGinley.  “I’d be surprised if he was pared with a rookie. That was tried in the past and didn’t work.”

There’s been a lot of talk by the television experts that Bryson DeChambeau’s game isn’t suited for the alternate shot format.

“I feel like I’m a player that can adapt to anything if I have to,” he said, “and I feel like there are certain players on our team that can mesh really, really well with my game.”

Bryson could be paired with Harris English in one of the foursomes (alternate shot) sessions.

Of course there are swing coaches on site at Whistling Straits but some have a bit of a conflict if you will.

Jon Rahm was hit hard by stomach problems last week at the Fortinet Championship.  He didn’t play well and missed the 36-hole cut at Silverado.  But he’s back to 100 percent this week showing no ill effects from his stomach issues.