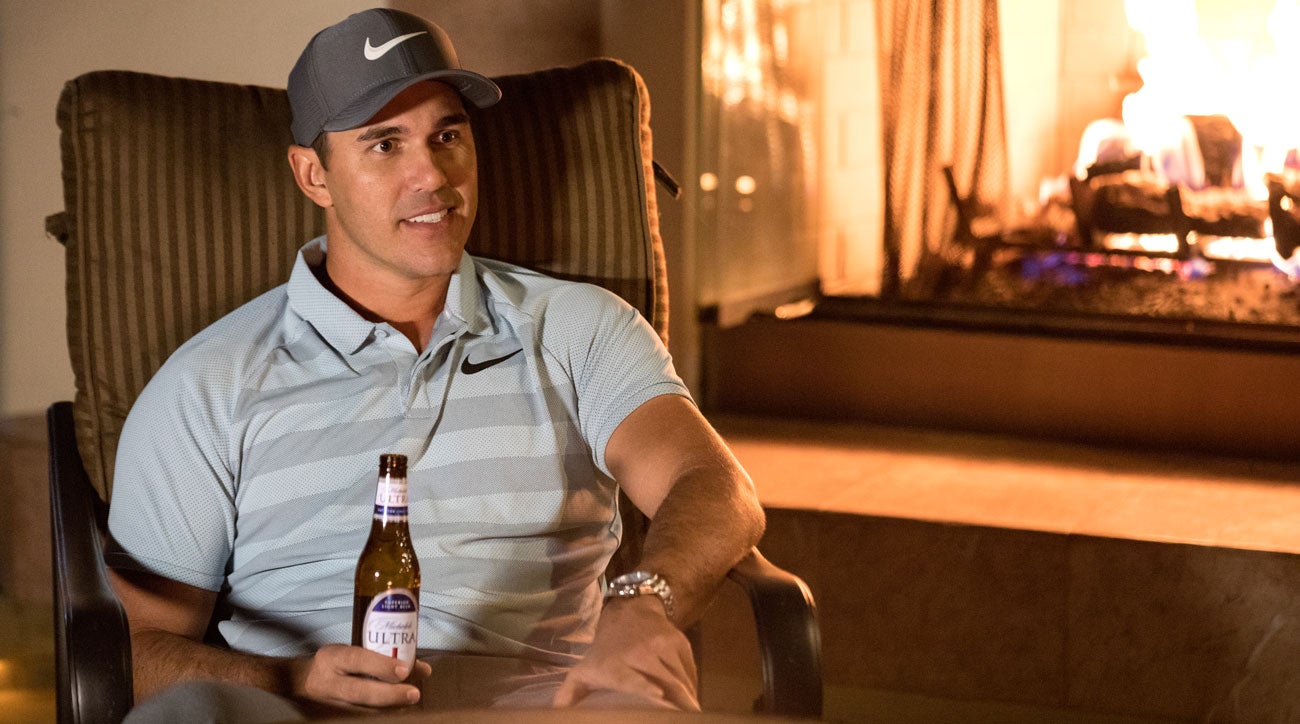 Was Brooks Koepka hoisting a cold one in lieu of a trip to Whistling Straits?

“From what I understand, all the players and all the caddies will be here.”

So said U.S. Ryder Cup captain Steve Stricker before last weekend’s team “scouting trip” to Whistling Straits.  Note that “all the players” part of the quote.

As it turns out “all” were not there.

There were two excused absentees, the third was left-wrist rehabbing Brooks Koepka.  What’s eye-opening about the Koepka absence is that basically, it casts a huge shadow of doubt on his physical readiness to compete in the upcoming matches that get underway in a short 10 days (nine by Wednesday).

Evidently Stricker wasn’t aware that Koepka was going to be a no show, otherwise, why say “all the players?”

The other excused absentees?

This “arrival” video shows most of the team members with the exception of Patrick Cantlay, Xander Schauffele and Justin Thomas.  Then of course, the Koepka no-show is totally confirmed.

The “excused” guys could be two of the other three.

But Captain Stricksie’s immediate headache is Koepka.  There’s not a peep from Brooks on social media (does that mean no $8 million for him?).

There isn’t a whole lot of field intelligence reports from Whistling Straits.  But the fact that two players missing the gathering in addition to Koepka speaks volumes — perhaps it wasn’t all that important to them.

This one’s about Koepka and perhaps, just maybe, Stricker was huddling with his vice captains last weekend and posed the question:  “Supposed he can’t go?”  And the “he” would be none other than Bryson Dechambeau-tormenting Koepka.  At the very least, it casts a larger-than-life shadow of doubt on Koepka’s ability to be ready in less than 10 days.  In the past, the one thing that has come to light with Koepka and his menu of physical ailments is that he is not a fast healer.

Maybe we’re wrong on this but Captain Stricksie was no doubt pulling out the old cell phone and dialing up Koepka — most likely went to voicemail — to which Captain Stricksie might say something like:  “Brooks, Steve Stricker here.  We were kinda wondering why you didn’t show up, maybe it was asking too much for you to give me a call and maybe let me know you weren’t coming….”

Whatever the situation is with Koepka, it’s nice that we’ll have some pre-Cup drama even though a golfer named Reed isn’t on the team.  There’s no truth to the rumor that Reed made a call to Haiti and ordered one of those do-it-yourself Voodoo dolls, complete with the appropriate pin set for stabbing said Voodoo doll (with Stricker’s face on it).

Nope, this U.S. team has a lopsided talent advantage  The average ranking for U.S. team members in those wonderful Official World Golf Rankings is ninth (thanks Scottie for dragging the average down) while the Euros, sadly, have an average ranking in the 30s.  Huge discrepancy if you tend to go by those things.

Past history tells us that rankings don’t bother the Euros.

The last time there was such a discrepancy, it was the American Colonists going up against the British Army — the Colonists were huge underdogs.

And I think most of us know how that one turned out.