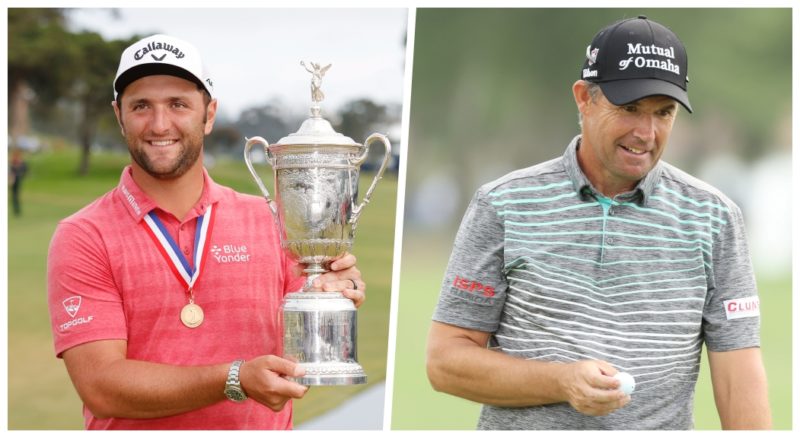 Two words — Jon Rahm — or three if you want to be totally correct — Jon Rahm Rodriguez — world’s No. 1.

Now that Steve Stricker has made his captain’s picks and the well-stocked, incredibly powerful American team has been assembled, it’s time to take a looksee at how the rest of Captain Harrington’s team will play out.

In Europe, the selection process is a bit different but things are starting to take shape and with this week’s BMW International underway at iconic Wentworth Golf Club, players are making their last-second gasp to impress Harrington — hoping to play well enough to get his attention.

Before we get into the BMW International, let’s take a quick look at how Harrington’s European team is shaping up.

World’s No. 1 Jon Rahm (Rodriguez) is the cornerstone, the rock, the one-man ass-kicking machine.  Tommy Fleetwood, who haunted the U.S. last go-round with Francesco Molinari (Moli-Wood) is on the team, Molinari is not (yet).  Rory McIlroy and Tyrrell Hatton have high expectations.  First-timer Viktor Hovland will be an integral part, same for Matt Fitzpatrick.  That’s six solid players.

Next it’s highly probable that Paul Casey, Lee Westwood and former Open champion Shane Lowry will be members of the Harrington squad.  That makes a Nifty Nine.

Things get a little difficult to predict after that and it’s why this Flagship event of the European Tour holds a lot of importance this week.

Only thing Justin Rose won this year was the Payne Stewart award.  Ian Poulter has been a thorn in America’s side, same for Sergio Garcia.  Alex Noren has shown a lot of grit and talent.  Long shots may be Bernd Wiesberger, Victor Perez and young Scot Robert MacIntyre.

Meanwhile, back at Wentworth, portly Kiradech Aphibarnrat set the opening day tone with an eight-under par 64 along with South African Christiaan Bezuidenhout.  But that’s meaningless to Harrington — they’re candidates for the next International squad (Presidents Cup).  Adam Scott shot 65, he’s an International guy.

Now Rose enters the picture with a day one 67.  Hasn’t been a great year on the course for Rosey but he’s got a lot of Ryder Cup experience.

Molinari had a simply miserable year on the PGA Tour but he shot 69.  You’d think he’d have to win it all on Sunday just to get Harrington’s attention.  Things look grim for the “Moli” in “Moli-Wood.”

Westwood and Lowry shot 70s.  Not great, not bad and Poulter made his way around Wentworth in even par 72.

The good news for Harrington is that he has no Patrick Reed to toil over mentally.  Captain Stricksie (aka Steve Stricker) says he lost sleep over not picking Reed.  At least that’s his story and he’s sticking to it.

No, Paddy has the likes of Sergio, Rose and Poulter to mull over — and those are pretty good lads when it comes to the “mulling-over” aspect of the captain’s duties.

To help out, Paddy’s got Martin Kaymer, Graeme McDowell, Luke Donald and Robert Karlsson as his vice captains.

Captain Stricksie has his Dirty Dozen at Whistling Straits this week, hoping to out-prepare the Euros.

Preparation is one thing — performance is another.