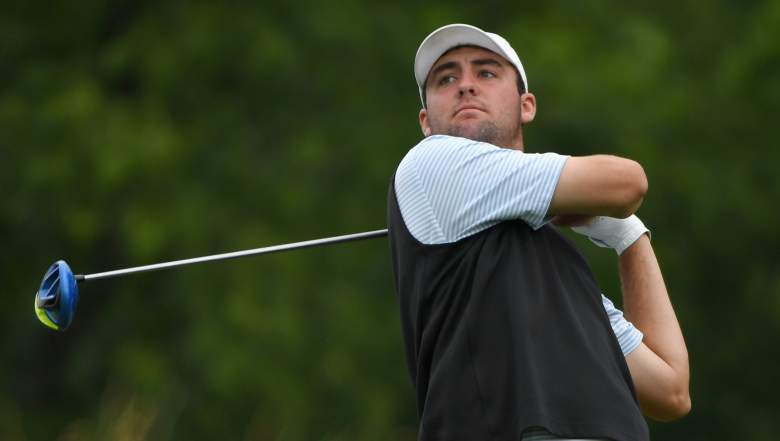 Scottie Scheffler is the only new card-holder on tour who is fully exempt.

The PGA Tour called it the Corn Fairy (aka Korn Ferry) Tour Finals.

Let’s be more practical about this latest series of do-or-die, get or lose your tour card events — it’s really the 2019-2020 version of what used to be the PGA Tour School.

The old Tour School was pretty much a do-or-die proposition.  If you didn’t earn your card, you were sentenced to another year of kicking around on one of the old mini-tours that surfaced all over the country.

So out of those 50 cards that were handed out, there’s really only one guy who doesn’t have to worry much and that would be former Texas Longhorn Scottie Scheffler.  Scheffler ended up as the top guy among the 50 and he’s the only one of those 50 who is absolutely, totally exempt.  The rest are subject to available spots in tournaments according to priority rankings and then they’re subject to the dreaded re-shuffle.

If you are playing poorly, you go down in the re-shuffle and it becomes harder to get into PGA Tour events.

In that vein of thinking, it’s also going to be tougher out there on tour to make cuts.

That development became the new reality when the tour announced a stricter cut line for the 2019-2020 season. As a result of a policy change approved last month, the number of players to advance to the final two rounds of events for the coming season will be limited to the top 65 and ties. The previous number allowed the top 70 and ties to compete in the final 36 holes.

In addition to this change, the secondary 54-hole cut — utilized if 78 or more players advance after the 36-hole cut — has been eliminated altogether.

This is a significant alteration to the tour landscape moving forward. Not only will the smaller number of weekenders make competition a little stiffer, but it also raises the stakes on tournament payouts as prize money will be awarded to fewer finishers. The change is one that has competitors on both sides of the aisle, but Paul Casey has been one of the more vocal supporters for the switch.

“It’s a capitalist sport,” said Casey, who serves on the tour’s Player Advisory Council.  “You play well, you do well.”

So good luck to those guys who are 25th or lower on the priority list.