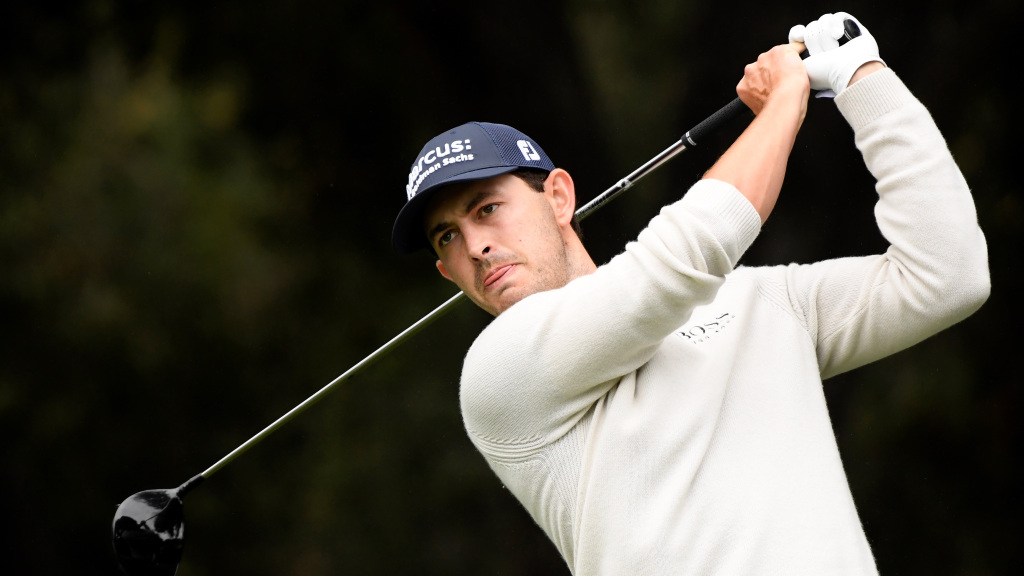 A back nine birdie run and a closing 65 earned Pat Cantlay his third Tour victory.

Sunday at Sherwood was supposed to be a tense, mano-a-mano showdown between the world’s No. 2 Jon Rahm and world’s No. 3 Justin Thomas.

It was exactly that for a bit more than nine holes on one of those overcast California afternoons until a Calfornia kid, Pat Cantlay, showed up big on the back nine and stole the show and the Zozo championship.

Thomas held the overnight lead at 19-under, a shot better than Rahm on this all-out birdie-fest but when most needed, those birdies dried up from the field’s top-ranked players.

Both Thomas and Rahm made the turn at 22-under — three-under par for J.T., four-under for Rahm.  Up ahead of them, Cantlay inserted himself into the Sunday equation with five birdies going out and a single bogey that got him to 20-under through nine.

But the back nine became a struggle for Rahm and Thomas while Cantlay forged on.  Rahm actually took over the lead with birdie at the par five 11th to get to 23-under — but Rahm faltered with back-to-back bogeys at 12 and 13, opening the door for Thomas but it was Cantlay who was in the process of kicking the door in.

There are three par fives on the closing nine at Sherwood Country Club — the path to victory.  After a birdie at the first of them, the 11th, Cantlay went on a three-hole birdie run starting at the 13th and by time he walked off with an amazing birdie at the mind-bending and difficult par three 15th, he was eight-under for the round and in the lead at 24-under for the tournament.

Cantlay left the door cracked for Rahm and Thomas when he inexplicably made bogey at the par five 16th.  With what appeared to be a simple wedge shot from the fairway, he pulled it left where it tangled with a large tree and ended up in the juicy rough.  He made bogey, finished par-par, posted 23-under and waited to see what Rahm and J.T. would do.

They didn’t do enough.  Rahm did birdie 16 and J.T.’s driver got him in enough trouble where he didn’t birdie a single one of those par fives then to top it off, he stuffed his tee shot at the 15th into the deep grass inside the penalty area on the wall short of the 15th green.  He was lucky to make bogey, messed up the 16th but scrambled for par out of a hazard right.  He fell back to 21-under after the bogey at 15.  Both parred 17 and Rahm needed birdie at the home hole to tie Cantlay.

J.T. hit a huge drive and planted his second to three feet while Rahm’s approach left him 19 feet from forcing a playoff with Cantlay.  He missed, Thomas closed with birdie and the title went to the poker-faced Cantlay, who didn’t show one bit of emotion as he went about the business of winning for the third time on the PGA Tour.

That closing birdie by Thomas cost Rahm the No. 1 ranking — he needed a win or solo second to unseat Dustin Johnson.  Instead, No. 2 and No. 3 tied at 22-under.

“I hit a lot of good shots today,” said Cantlay, who finally managed a smile after Rahm’s birdie bid at the final hole didn’t go down.  “I’ve been playing really well, I just haven’t put it together for four days.  I felt comfortable here all week,” said Cantlay who played his college golf 40 miles to the south at UCLA.  “I love this overcast weather,” added Cantlay, who closed with a seven-under par 65.

When Cantlay looks back, he’ll see he used just 24 putts for the round.  His birdie at that difficult 15th came from a seven-iron that nearly went in the hole.  He played the best down the stretch even with that brain-fart of a wedge into 16.

This was supposed to be the Justin Thomas or Jon Rahm party — but at day’s end it was a California kid — Cantlay — who crashed the party.