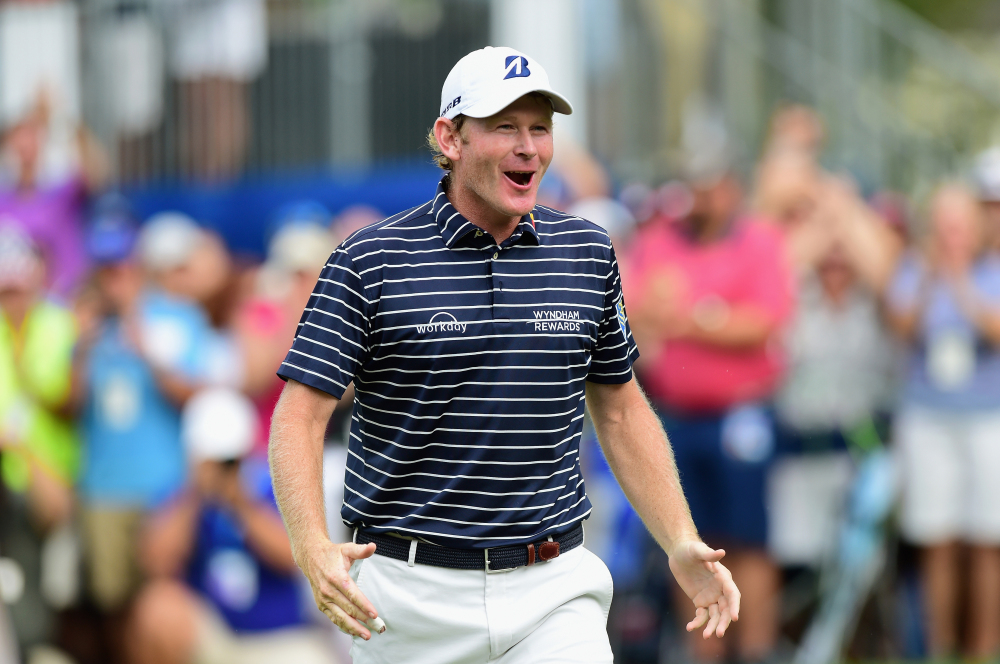 Brandt Snedeker had the pedal down Friday at the Canadian Open.

Sizzling 60 — Snedeker Gets Red-Hot In Canada

The 59 watch was on Friday morning at the Canadian Open and it was Brandt Snedeker who put everyone on alert.

Snedeker’s putter got going in a big way and Sneds found himself nine-under with three holes to play on the par 70 Hamilton Country Club.

He played the back nine first, turned in four-under.  He made a big move when he hit the par five fourth in two and holed a 20-footer for eagle.  His hopes for a second 59 in his career ended when he missed the green at the seventh then left himself 46-feet for birdie at the par three eighth.  He did birdie nine, his final hole of the day for 60.  Snedeker has now shot rounds of 59, 60 and 61 in PGA Tour events.

His day got him to 11-under par and in solid contention going into the weekend.

“It was fun to watch.  It was impressive, he made it look easy,” said Brooks Koepka, who played alongside Snedeker.  “Made the rest of us look like we weren’t playing that well,” said the third member of the group, Justin Thomas, who shot 65, Koepka shot 66 and will have two more rounds to get ready for his defense of the U.S. Open next week.

As for Snedeker, he’s never been one who is afraid to go low.  “Today was a lot of fun.  The hole looked the size of a beach ball.  When you get a day like that, you have to put the pedal down because you don’t get them very often.”

As good as Snedeker’s day was, he still found himself a shot behind 36-hole co-leaders Scott Brown and Matt Kuchar.  Brown followed up his opening 65 with a 63 that featured a run of five straight birdies starting at the second hole.  “I just kept it going from yesterday,” Brown said.  “I hit a lot of good irons yesterday.”  He hit a lot of good shots on Friday.  He hit 13 of 14 fairways, all 18 greens and is 12-under going into the weekend.

Webb Simpson carded a 64 and got to double-digits under par at 10-under.

Rory McIlroy (66) was in at seven-under while defending champion Dustin Johnson is eight back of the leader after shooting 65.