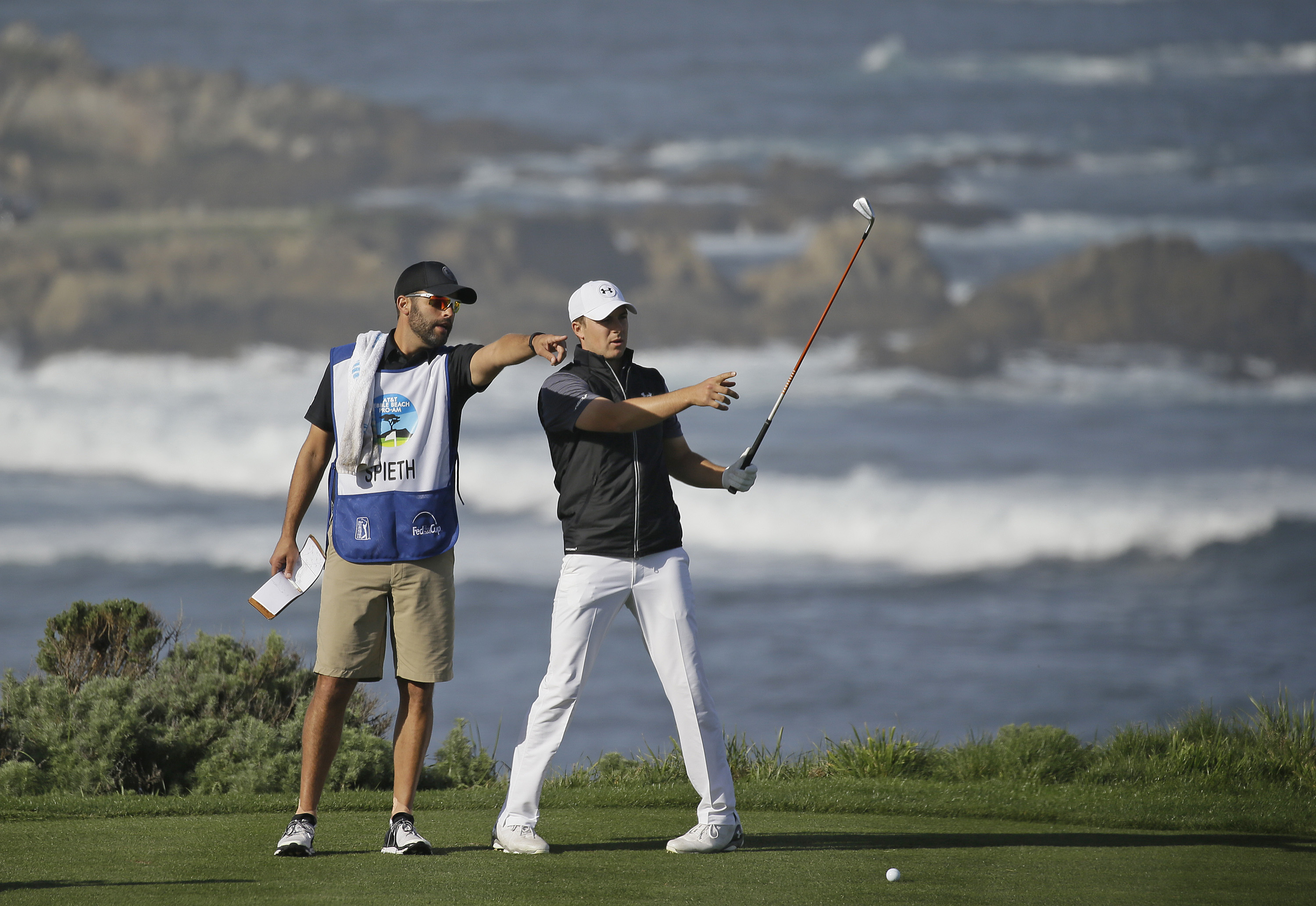 Jordan Spieth and caddie Michael Greller worked their way to the day's best round on Sunday.

The wind was beating up just about everyone Sunday at Pebble Beach — except Jordan Spieth.

Spieth barely made the 54-hole cut on Saturday — he was right on the number he needed — three-under par.

Spieth, who had fallen out of the top 50 in the world rankings, desperately needed something good to happen for him on Sunday.

He got better than good.

On a day when the scoring average was north of 74 at wind-blown Pebble Beach, Spieth put together the day’s best round — a five-under par 67.

Spieth started his day on the back nine and made the turn at two-under.  Good news for Spieth is that he got those hard holes on the back out of the way before the strong afternoon winds came up — gusting as high as 30 miles per hour and blowing steady at 15-20.

Over his final nine holes, Spieth added three more birdies then made a spectacular par-saving putt at the ninth from inside 24 feet to save par and shoot 67.  He went from last in the field at cut-time on Saturday all the way to a tie for ninth.

Good news for Spieth is that his finish will move him back into the top 50 in the world rankings.  He was 55th at the start of the tournament but when the new rankings come out this week, he’ll move up to No. 49.

Spieth’s last top 10 came last August when he tied for sixth at the Northern Trust during the 2019 FedEx Cup playoffs.