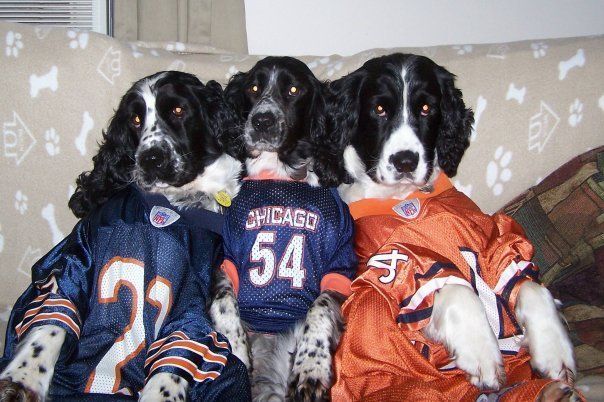 Posted By: Tom Edringtonon: September 23, 2021In: In The DoghouseNo Comments

Say it ain’t so, please tell us that Steve Stricker didn’t stand on the stage at Thursday afternoon’s Ryder Cup opening ceremony and tell all those Wisconsinites that he’s a Bears fan!

Alas, it’s true, it happened.  Even that buffoon-of-a-host Rob Riggle (how was he selected?) couldn’t believe Stricker admitted to being a Bears fan — Stricker was immediately booed by the large crowd — talk about some really, really bad Ryder Cup karma!

The opening ceremonies were a real snoozer and Stricker earned himself a spot in the Cheese-Head Dog House, he doesn’t even have to visit ours.

As for the PGA of America and the choice of Rob Riggle to host the opening ceremonies — what the hell were they thinking.  Riggle is, yes, the buffoon who hosts the mini-golf program Holey-Moley and that pretty much sums up Riggle’s credibility in the golf world.

PGA of America — into the Dog House.

Then there were the USA jackets worn by the team on stage — old brown herringbone — looked like something straight out of the 70s.  Whoever came up with those goes straight into the fashion Dog House.

The only good part of the opening ceremony was the Star Spangled Banner and the F-18 flyover.

And yes, the announcement of the four morning matches.

So many gaffs, so little room in the Dog House.