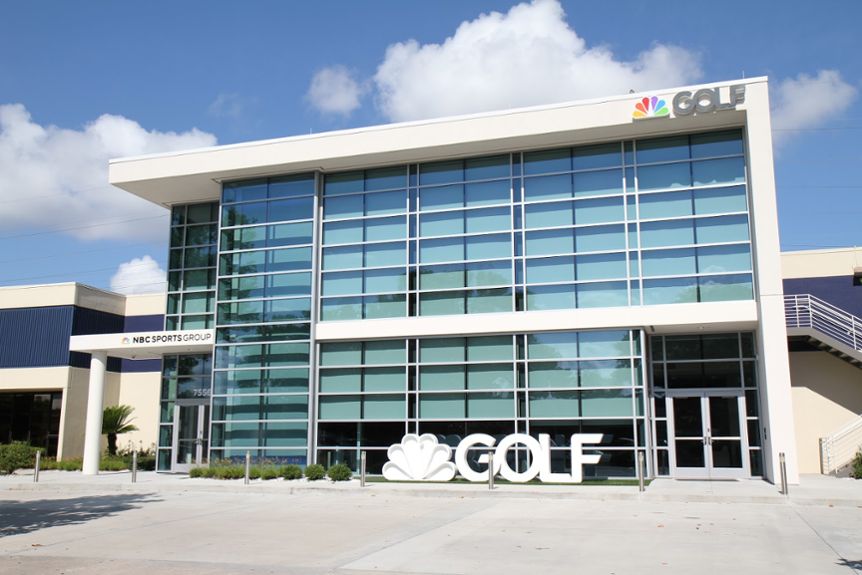 The Orlando headquarters for the Golf Channel now stands empty.

Good thing Arnold Palmer is no longer with us.

Arnie would absolutely hate to see what has and is transpiring at The Golf Channel.

First, and this is old news, the Orlando facility will be permanently closed as of December 31 with the operation taking its place up in Stamford, Connecticut.  The braintrust for NBC Sports dwells up in the cold north so good-bye Florida.

Used to be around 800 employed in Orlando.  That number has/will be cut in half.  Consolidation says Comcast, now majority owner of NBC Universal.  Consolidation is a fancy word for “layoffs.”

No more www.golfchannel.com.  The site had a really good corps of writers who did a wonderful job.  Not sure what happens to Randall Mel and the gang.  Maybe some will migrate to Stamford.  Sorry guys.

Another cool feature of the Golf Channel website was the “Tiger Tracker.”  Who else but 15-time major champion and 82-tournament wins Tiger Woods is worthy of his own “guy” who follows him in every tournament and reports Tiger’s performance, shot-by-shot.  The “Tiger Tracker” was a huge Woods fan who injected a lot of humor into his reports on Twitter.  The “Tiger Tracker” had a big following, maybe Tiger’s guy, whoever he is, can start his own “Tiger” site and incorporate the “Tracker” on that, although, these days, with Tiger making fewer and fewer appearances, there is a heckuva lot less to track.

And yes, there are lawsuits.

Orlando hot-shot personal injury attorney John Morgan, founder of Morgan and Morgan (For The People is their catch-phrase), has more ads on television than Donald Trump and Joe Biden combined.  Morgan and Morgan has brought a class-action lawsuit against defense contractor Lockheed Martin, which sits about a driver and nine iron (for Bryson) from the now vacant Golf Channel headquarters in Orlando.

Among other things, the lawsuit alleges that Golf Channel employees were exposed to an “environmental nightmare” because of their proximity to the company’s nearby tests on missiles and other weapons systems.  Barrister Morgan said recently that his firm filed two complaints in federal court. One was on behalf of 11 Golf Channel employees who worked at the company from 1994 to 2020 and complained that they were diagnosed with numerous ailments, including multiple sclerosis, brain lesions and cancer. The complaint alleges negligence on the part of Lockheed Martin at its location south of Orlando, in unincorporated Orange County. “For a period of many years, the people at Lockheed Martin were conducting tests on bombs, delivery systems and missiles, and those toxins escaped,” Morgan said. “… The essence of what our experts have told us that they believe happened is that these toxins were not properly disposed of, remediation was not properly handled and that these dangerous chemicals were placed into the air. And with that, over a period of time, a large number of people became sick, became deadly ill and actually died.”

Evidently Golf Channel president Mike McCarley plans to have his own investigation.

He sent an email to employees that read in part:

“In light of the allegations, we are thoroughly investigating the matter to ensure that our campus environment is safe.  While we do so, out of an abundance of caution, we ask that you continue to work remotely as has been the case during the pandemic. Over the next few days, we will communicate with the limited number of employees currently allowed on-site to further limit access, involving moving our production off-site beginning Monday.”

The channel also faces at least two known lawsuits but none directly related to the Lockheed Martin class-action suit.

There’s yet another lawsuit and this one has been filed by Justin Breault.  Breault claims that NBCUniversal has been selling subscriber information to third parties.  The suit’s claim is troubling given Golf Channel, Golfpass and Golf Now’s business.

The case was filed in a Massachusetts federal court and “accuses NBCUniversal’s Golf Channel of selling viewers’ personal information and viewing history without their permission.”

The information allegedly being rented or sold includes customers’ names and addresses, as well as “detailed transactional information” about the titles and subject matter of the media purchased by subscribers.

While not specified, presumably Breault was a Golfpass subscriber, or, before that, a Revolution Golf customer (a service purchased by Golf Channel and later folded).

Breault says he purchased a Golf Channel “subscription-based video good or service” within the past two years, and he was never notified, in writing or otherwise, that his personal or viewing information would be disclosed to third-parties.

So what we have, as The Golf Channel prepares to leave the state, is a sad end to the risk that Arnold Palmer took back in 1995.  Arnie brought us all sorts of golf stuff, 24 hours a day.

The product has evolved.  The first headquarters was around 14,000 square feet and grew over the years into a campus of 160,000 odd square feet.

Now it will be no more for Orlando.

What’s next for the familiar studio morning lineup?

Remains to be seen and while the picture on television remains clear, the future is a bit fuzzy.