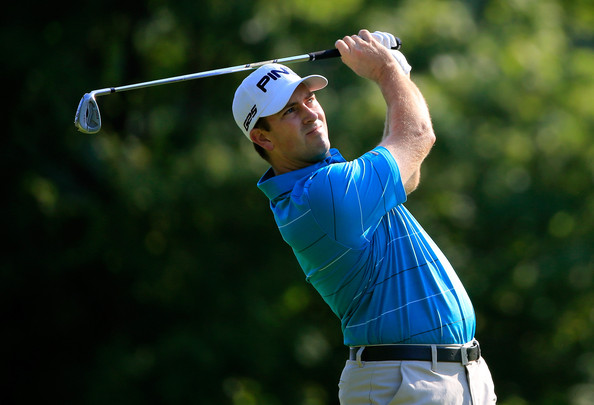 Michael Thompson began to take control at the 3M on moving day but two late Saturday mistakes cost him the solo lead.

Thompson bogeyed the par three 17th then hit his tee shot in the water at the par five 18 but at the end of the day, still managed to finish where he started — tied with Richy Werenski.

Thompson hit his third into the back greenside bunker but a great explosion left him with a tap-in par.  Werenski stuck his third inside five fee at made birdie as both shot 68s and will start the final 18 at 15-under par.

Finau got off to a rough start.  After he birdied the first hole, two straight bogeys set him back.  He managed to claw his way back and closed with 69.  He started the day just a shot back of Thompson and Werenski but on Sunday he start two back.

Finau has company at 13-under par.  Former Masters champion Charl Schwartzel joined him after shooting 66.

Max Homa’s 64 moved him to 12-under and he’s alone in fifth going into Sunday.