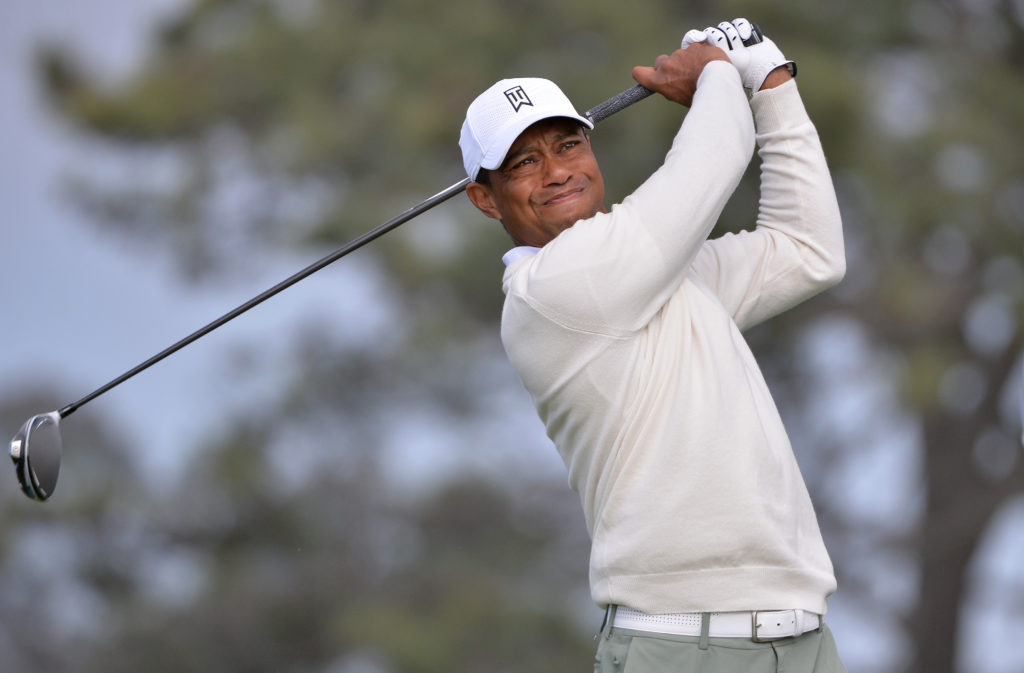 Tiger Woods admits he made too many mistakes on his way to 73 on Friday.

It was very unlike Tiger Woods on Friday at Riviera.

He made big mistakes from the fairways with wedges in his hands.

“I made some bad mistakes out there.  I had wedge in my hand at 15 and made double there,” Woods said.  “It’s something I don’t do,” he said of his faulty wedge play that sent him home with a two-over par 73.  He flirted with the cut line but at even par, made it by a shot.  But tied for 45th pretty much means that No. 83 won’t come this week and the curse of Riviera will stay with Tiger.

Woods had a sloppy day with his irons — he hit only eight greens.

Woods also let the deadline for entering next week’s WGC event in Mexico come and go with no comment at all.  He finished T10 there last year.  Likewise, Brooks Koepka, Pat Cantlay and Justin Rose won’t show there either — four players from the world’s top 10 skipping the no-cut event.

Biggest name chasing Kuchar is world’s No. 1 — Rory McIlroy.  McIlroy shot 67 on Friday and was tied at seven under with Harold Varner III and Wyndham Clark.