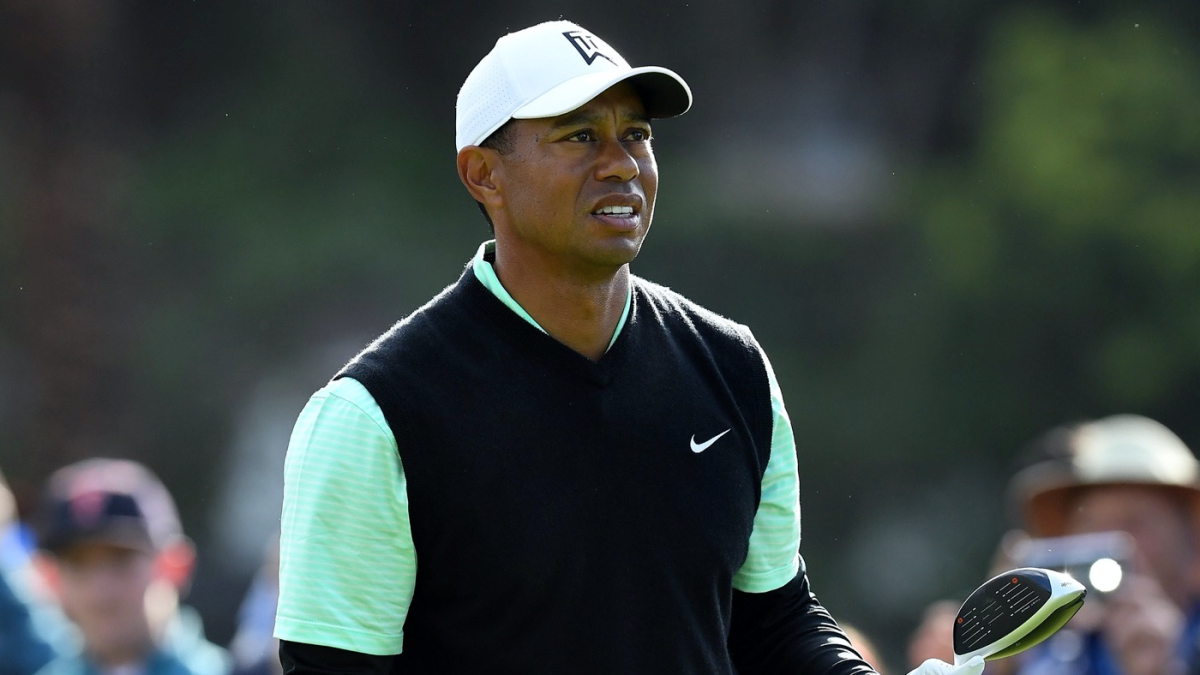 Thursday's first round was a tale of two nines for tournament host Tiger Woods.

Tiger Was Finally Great At Riviera — At Least For Nine Holes

It was a perfect, sunny Thursday afternoon in La La Land and the Hoi Polli gathered en masse to follow the exploits of golf’s 44-year-old super-hero — one Tiger Woods.

For the first couple of hours at ritzy Riviera, Woods whipped them into a frenzy there at his Genesis Invitational.

He started with perfection.  His three-wood dissected the fairway at No. 1 then he lofted a soft seven-iron inside 25 feet — 24-feet, eight-inches to be exact, the two jersey numbers of the late Kobe Bryant, who many are remembering this week, including Tiger.

Tiger didn’t know the exact distance until after his round — 24-8 — but he got his people loud and proud right off the start by making the eagle putt.  He’d later admit, “Yeah, it’s ironic, isn’t it?”

His first nine holes were a pure clinic.  He was splitting fairways, his irons were dialed in, his wedges were surgical.

Along for the ride were two of Tiger’s buddies — Steve Stricker (aka “Stricks in the world of Tiger nicknames) and Justin Thomas (J.T. to everyone).  They were simply supporting actors in this afternoon matinee and they did absolutely nothing to steal the spotlight from the star.  J.T. was all over the place and struggling early.  Stricks looked like a Ryder Cup captain on the wrong side of 50.

No, they were there to see Tiger.  There to see if Tiger could overcome his kryptonite — Riviera itself.  This is where it all started in 1992 when that 16-year-old phenom innocently declared, “I guess it’s hello world.”

Riviera’s one of the few tracks that has not been kind to Woods.  He’s seen a bunch of others like D.J. and Bubba win here.  But no Tiger in the winner’s circle on Sunday.

After three easy pars, Tiger woke ’em up with a perfect approach from 150 into the fifth, inside of three feet.  Three-under through five.

The hole sign at the eighth is a total tribute to Bryant — painted Lake purple and golf  with “Mamaba” there for everyone to see.  Tiger launched one past 300 there them hit a Mamba of a wedge shot tight, about two feet.  Four-under through eight.

As he walked to nine tee, his crowd was juiced.  “Eighty-Three!!!”  You could hear the shouts.  “EIGHTY-THREE!”

Given Tiger’s record at Riviera, they were perhaps too optimistic but couldn’t help themselves — he was four through eight and cruising — vintage Tiger.

Wood launched another perfect driver past the 300 mark, dead center at nine then made his first loose swing.  His approach from 156 was sloppy leaving him outside 30 feet.  Two putts later he had 31 on his card and the crowds got larger at the turn, more were waiting for him.

Things started to go haywire right there at the drive-able 10th, a little devil of a hole that proves you don’t need super-long holes to confound these guys.

Tiger pulled his tee shot but got lucky, he had an opening.  He was able to get it on the fringe and get out of there with par.  But it was a harbinger of sinister things to come.

A drive in the rough at the gettable par five 11th left him 97 short in two.  His third was not great by front nine standards, still he’d make that 12-footer for birdie to go five-under, wouldn’t he?

He did not.  Riviera slumbered for nine holes, then woke up to realize that this was the guy it likes to pick on.

Tiger missed another fairway at 11, this one went right.  He scrambled for par.  His drive off 12 went left, into the “stuff” if you want to call it that.  He missed the green right, the opposite side of Bogey’s Tree, the sycamore where Humphrey Bogart used to stand and take in the L.A. Open action.  Tiger chipped it up there six feet.  Of course he’d miss the par save, Riviera was fully awake and aware now.  The hardest hole on the course bit him.

Tiger did his best to hold things together coming home.  He used all his extreme short game skills to save pars down the stretch.

At the 18th, he was still three-under — pretty good, all things considered.

Then came the big miss way right.  He had no shot, pitched into the fairway, hit his third from 150 just inside 30 feet.  Took his medicine, put a second back nine bogey on the card and signed for 69.

“Just didn’t hit many good shots on the back nine,” Woods said as he found himself five back of first round leader Matt (Kooch The Caddie Mooch) Kuchar. “Made a couple loose swings and made a couple good saves on the back nine for par, but just wasn’t able to get any birdies on the back nine.  It’ll be a quick turnaround to get back at it,” he said. “Hopefully I can hit it as good as I did on that front nine and give myself a number of looks for the entire 18 holes, not just nine holes.”

Tiger will be out early with hopefully smoother greens and birdies to be had.

The shouts died after the ninth Thursday.  Maybe on Friday, they’ll start up with that “EIGHTY-THREE!” stuff again.

Maybe, maybe not.  But not even Hollywood could write that script.