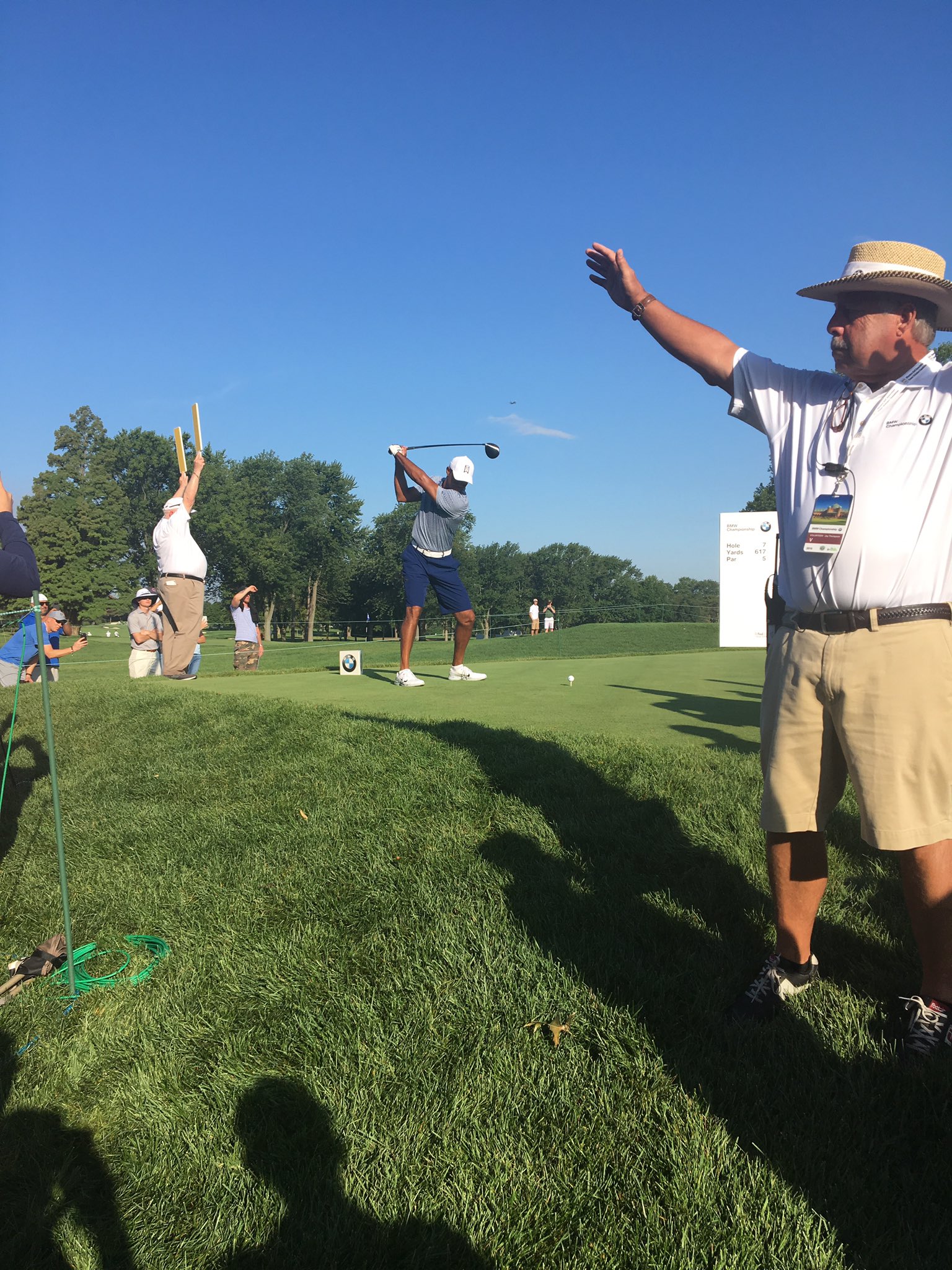 Tiger Woods And The BMW — Will He Or Won’t He?

Will he or won’t he?

Chicago is holding its breath.

So are the organizers of the BMW Championship at Medinah, second and next-to-last stop on the PGA Tour playoff parade.

He is Tiger Woods, still the biggest attraction in golf, the most mysterious and the most unpredictable.

Woods spent the morning back in Jupiter to see his children off for their first day of the new school year then jumped on  Air Eldrick  for the flight to Chicago.  Woods made the decision to try and play on Tuesday morning.  After he arrived at the course, he gave a quick update:  “I feel good,” Woods said.   “Feel a lot better than I felt last week. Felt good this morning so I thought I’d give it a go.”

Tiger didn’t spend any time on the range but did hit some putts on the practice putting green.

Woods was on the pairings sheet for Wednesday’s pro-am, scheduled to play in the first group at 6:50 a.m. local time (7:50 EDT) and slated to meet with the media afterward.

Last week Woods withdrew at Liberty National before the start of the second round, citing a strained oblique muscle.  The writing was on the wall Wednesday of that week when he basically quit hitting shots during the pro-am proceedings.

There was even more writing was on the wall when he struggled to a first round 75.

How serious was that strain?.  Woods said he was “hopeful” of playing this week.  He has won two of his PGA Championships on Medinah’s  No. 3 course.

Woods is dangling at a precarious No. 38 on the FedEx points list.  If, and it’s still “if” he plays, he’ll need to play well to move up into the top 30 and get to East Lake to defend his title.  That may take a finish of 11th or better.

Will that oblique strain linger?  Keep in mind that Woods has been less than forthright his entire career when it comes to revealing the seriousness of his long list of injuries.

For now, it’s on to Wednesday morning and the pro-am.  Can he play all 18 holes?

Editor’s Note:  Tiger chose to only play his ball for the first nine holes in the pro-am and was four-under.  He fore-went tee shots over the final nine, instead, choosing to chip and putt and hit sand shots around some of the greens.  Play was slow, looking at 2 1/2 to 3 hours, typical pro-am nonsense.  He looked okay physically which means we should see him on the course for round one on Thursday.