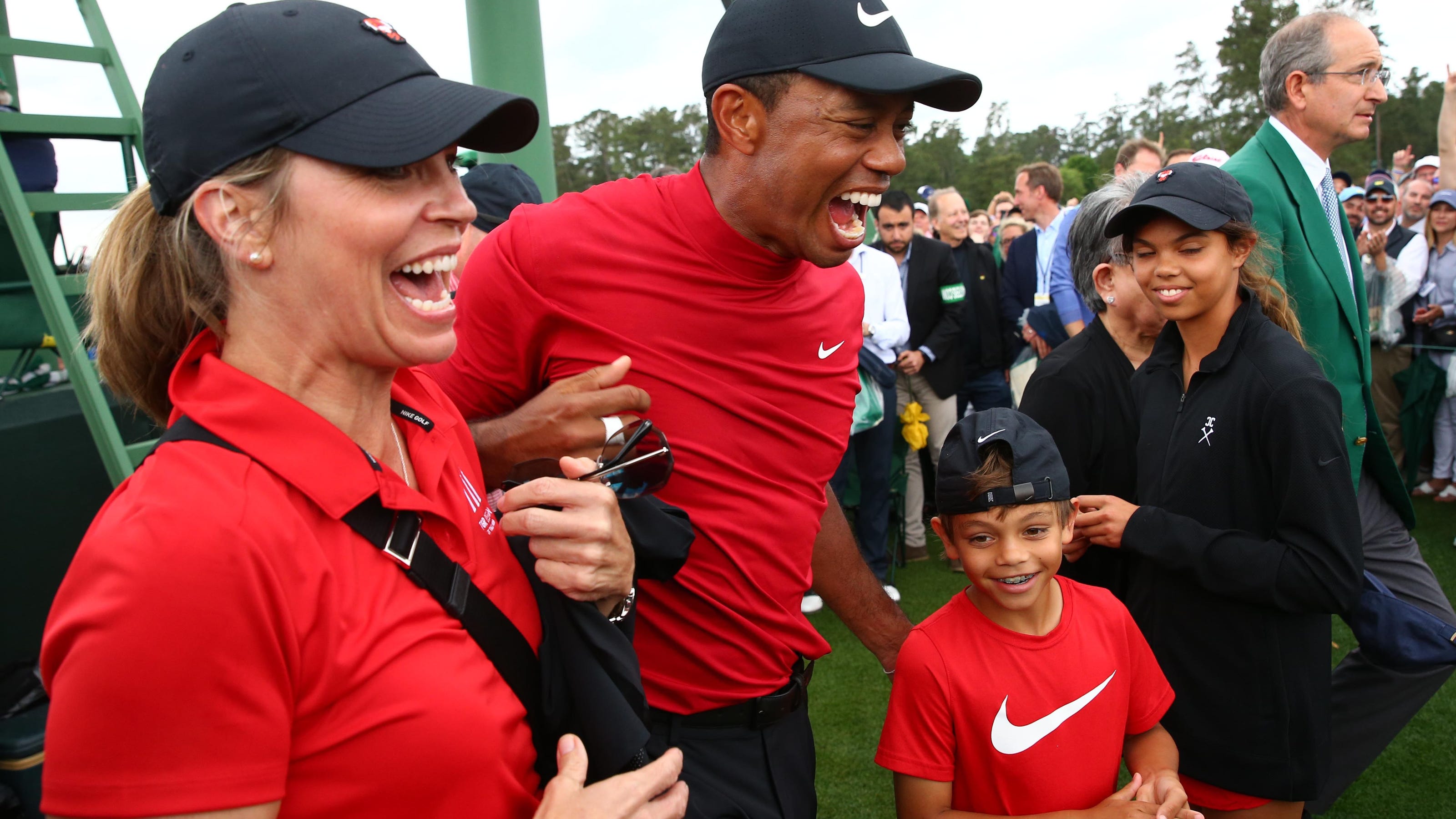 TIger Woods is bringing son Charlie into the national limelight next month.

Tiger Woods is always full of surprises and we have yet another one from the 15-time major champion.

The Tiger-Charlie team will play in the scramble event on Dec. 19-20 at the Ritz-Carlton Golf Club in Orlando, the regular site for the competition.

With a first-glance at the Cub-Apparent (aka Charlie), there should be a lot of eyeballs on this one.  Even non-golfers will want to see what it’s like to be the Son Of Tiger.

“I can’t tell you how excited I am to be playing with Charlie in our first official tournament together,” Woods said. “It’s been great watching him progress as a junior golfer and it will be incredible playing as a team together in the PNC Championship.”

Tiger has caddied for Charlie in a number of junior events in the Palm Beach County area of Florida.  There have been some quick peeks at Charlie’s swing and it’s intriguing.

This is one event that Tiger will not be a favorite to win.  That will go to world’s No. 3 Justin Thomas, who will play with his father — Mike, who is a PGA Professional.

The Tiger-Charlie duo means one last look at El Tigre before he hibernates for a while.  With no Hero World Challenge this year, we would normally have to wait until the last week in January to see Tiger.  He typically starts his season at The Farmers and his old stomping grounds — Torrey Pines.

But after his finish over the last part of 2020, there are questions regarding the future for Woods, who turns 45 on December 30th.  Woods was no factor in the seven events past the COVID shutdown.  His best showing was a tie for 37th at the PGA Championship. He tied for 38th at the Masters. It was just the third time he finished outside of the top 20 as a pro at Augusta National.

As Tiger heads to 2021, he’s battling an undefeated opponent — Time.

Bob Harig from ESPN cornered Tiger after his final round at The Masters and asked Woods to talk about his struggles and what’s ahead for him.

“Well, there are days when mentally I just — it’s hard to push than others just because physically it’s just — my body has moments where it just doesn’t work like it used to.  No matter how hard I try, things just don’t work the way they used to, and no matter how much I push and ask of this body, it just doesn’t work at times.  Yes, it is more difficult than others to be motivated at times. Because things just ache and I have to deal with things that I’ve never had to deal with before.”

What Tiger’s testimony tells us about him is that he has a big dilemma.  He needs to play, as he often says, he “needs reps.”  But to prepare he has to practice and the truth be known, Tiger became Tiger through long, long hours on the practice range.  At Islesworth, years ago, he start early in the morning, they’d bring him lunch out on the range and then he’d practice until dark.

Those days are long gone and that’s what it takes to produce the way Tiger Woods used to produce.

Another truth is that today’s talent pool is a lot deeper than it was in 1997 when a young Tiger Woods overpowered Augusta National, shot 18-under par and won by 12 shots.

Just look at Sungjae Im and Cameron Smith at this year’s Masters.

Tiger was pretty much out of it by the weekend and he left us with that closing flash of brilliance on Sunday.

Jack Nicklaus and Gary Player observed that Tiger was also very emotional at the traditional Champions Dinner this year.

Perhaps it is because Tiger knows that 2019 was his major swan song.  We like to think it’s not.  But deep down inside, only Tiger Woods knows.

He’s up against Father Time, who has taken down the best in every sport and remains unbeaten.

So it will be a nice break for Tiger to tee it up with Charlie.  Could be the start of a long run.  Charlie has his best years in front of him.