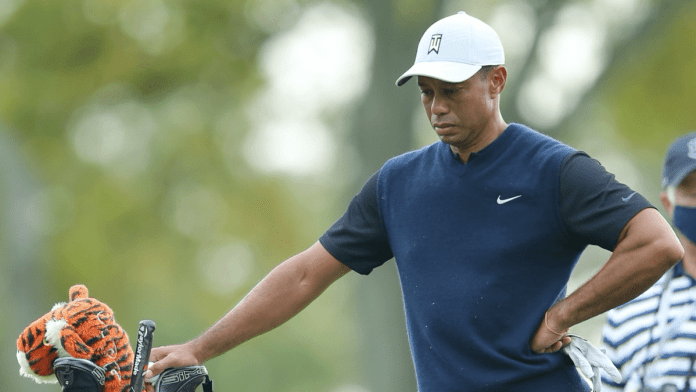 Tiger Woods took a beating on Friday like most of the field.

Woods is the biggest of the big names who won’t be around for the finale of the 120th  U.S. Open.  Tiger had a sloppy finish on Thursday but his 73 kept him in it but when the winds came up on Friday afternoon, Tiger had no chance.  He was nine-over par for his round but birdied two of his final three holes to shoot 77 and his 10-over total sent him back to Jupiter on Air Tiger.

The 36-hole cut came at six-over par and here’s some of the big names that joined Tiger on the MC list:

Collin Morikawa (plus 7):  Collin’s opening 76 put him behind the eight-ball.  He had his chance to stick around but missed a 10-footer for par on his last hole, the ninth, to miss the cut for only the third time in his career.

Here are some of the others who are going home early:

Gary Woodland (74-74):  The defending champ revealed that he has a torn labrum in his hip.

It was a tough two days and the guys on this list simply didn’t have their good stuff and you need your best at a U.S. Open.