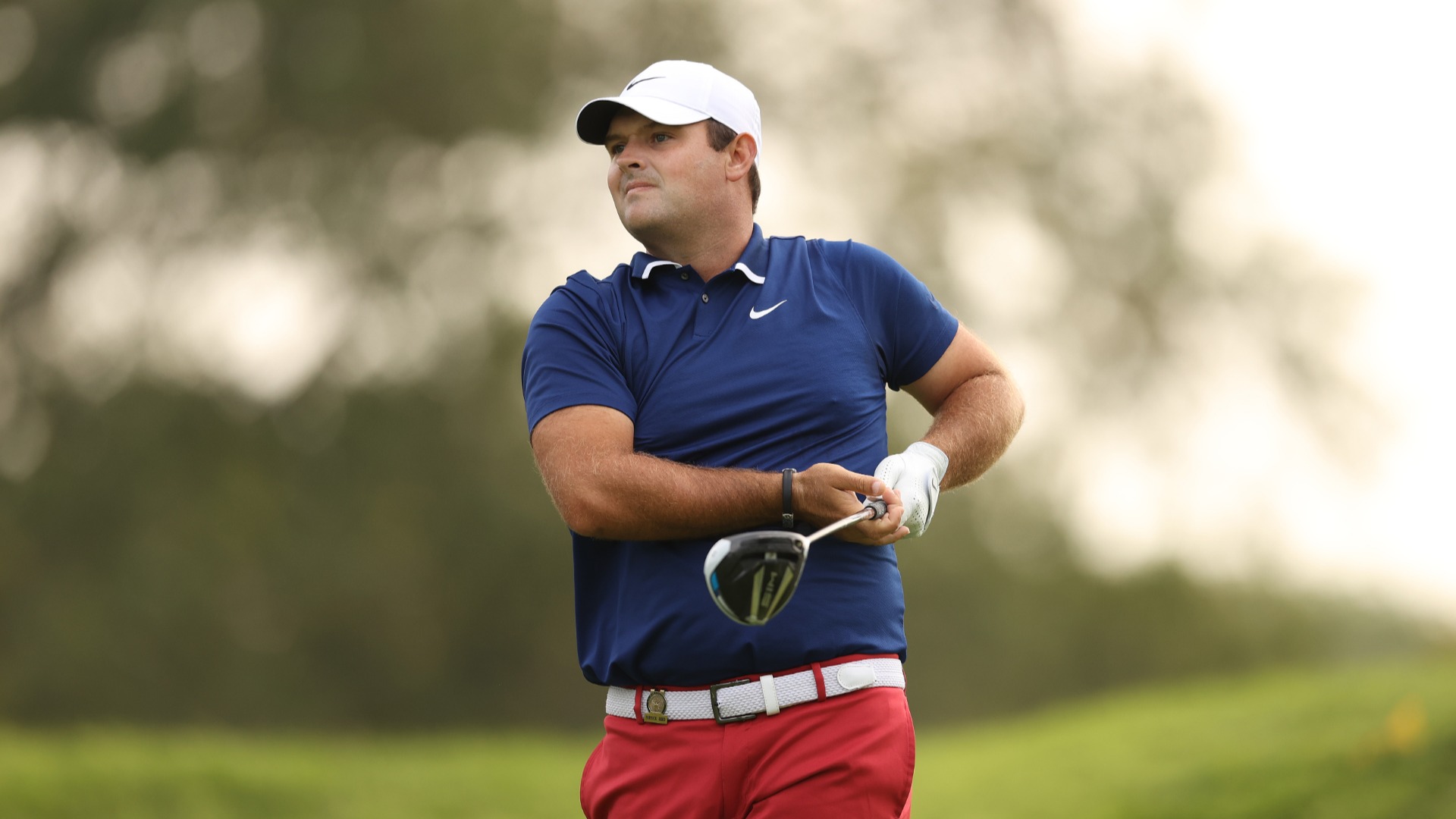 Patrick Reed is your not surprising 36-hole leader at the 120th U.S. Open and after posting rounds of 66-70, he summed up best how Winged Foot transformed from a friendly Thursday to a beastly Friday:

“It’s like they set it up to ease us into the golf tournament — then they showed us what it was really supposed to look like.”

Winged Foot yielded 21 rounds under par on Thursday but on Friday there were only three as the course opened its mouth and displayed its razor-sharp teeth, capable of devouring even the world’s best players.

By day’s end, Reed got it up-and-down from a greenside bunker at the par five ninth for an even par 70 that gave him the solo lead at four-under par.

He’s a shot in front of Bryson DeChambeau, who eagled that ninth hole to finish his round in the morning and he added a 68 to his opening 69 and will go into Saturday a shot behind Reed.

Here’s how things have lined up, a look at the contenders for the U.S. Open title:

Patrick Reed (66-70): He has hit only five fairways in each of his rounds but used just 50 putts in 36 holes.  His scrambling ability has been extraordinary, which is why he’s sitting at the top of the pack.  He’s a tough competitor and has proven he can win a major championship.

Bryson DeChambeau (69-68):  Bryson went out early and was one-under par with just the par five ninth to play.  He hit his second to nine feet and made the eagle putt to sit solo second.  He’s been using his familiar bomb-it-and-gouge-it strategy and his putting has been stellar.

Rafa Cabrera-Bello (68-70):  Finished in the morning before the strong winds came up.  Spends most of his time on the European Tour where he contends but really doesn’t scare anyone on that circuit.  Can’t see him in the mix come Sunday.

Harris English (68-70):  Hung in there on a tough Friday afternoon.  Had a nice showing in the playoffs and has resurrected his game.  Will he feel the heat on the weekend?

Justin Thomas (65-73):  J.T. had his way with Winged Foot on Thursday and the course punched him in the face on Friday.  He had trouble finding fairways and that spells trouble and J.T. found more than his share.  Still, he’s in good position to contend for his second major championship.  But he better start finding some fairways.

Thomas Pieters (66-74):  Backed up in the morning wave.  Can’t see him in contention on Sunday.  Hasn’t played well coming into this major.  Feels the heat when the pressure’s on.

Xander Schauffele (68-72):  Xander was picked by many to win this week.  He’s in perfect position and should be in the mix down the stretch.  No one has been more consistent coming into this major except for Dustin Johnson.

Matthew Wolff (66-74):  Has an easy time on Thursday, tough time on Friday.  He’s long on enthusiasm, short on experience but it wouldn’t surprise anyone to see him bounce back after that 74.

Brendon Todd (68-72):  Drives it straighter than anyone out there and putts the eyes out of it.  Not sure he’s a major champion but he’ll have his shot to prove it.

Louie Oosthuizen (67-74):  Louie had his day on Thursday, can’t see him contending over the weekend.

Joaquin Niemann (68-73):  Still a bit inexperienced in majors but getting better.

There are a half-dozen more at three-over, including Rory McIlroy.  Rors, after an opening 67, fell flat on his face with a 76.  He looked lost in the wind and he’s not a good wind player.  Doesn’t have the short-game to contend from this rough.

Biggest threat at three under is Dustin Johnson.  He bounced back with a 70 after that opening 73.  Something under par on Saturday from D.J. and who knows?

Yes, Winged Foot took over and Friday and it should dominate again on Saturday.  The greens are firming up and that will make it tough, really tough.