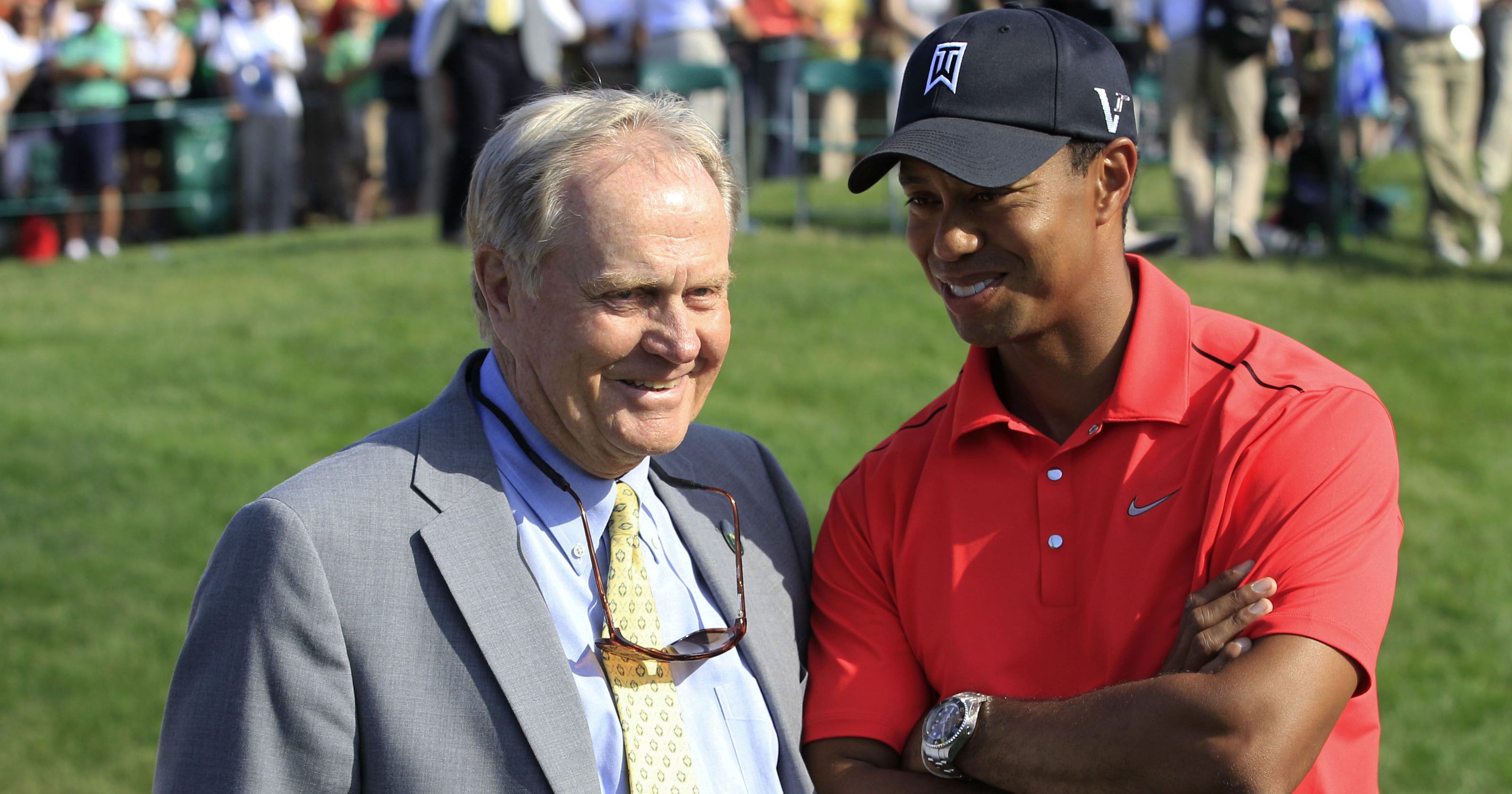 "Jack, you knew there was no way I wasn't gonna show up for one of those milkshakes."

The Workday found itself a bit overshadowed on Thursday morning.

There was a buzz in the air but it wasn’t because Brooks Koepka was floundering or that Bubba Watson was going for big numbers at Muirfield Village.  The buzz came from Jupiter Island where Tiger Woods casually dropped the news on Twitter that he will show up next week for The Memorial.

It was no surprise, really.  This one fell under the “expected” column, right there with the predicted news this week that the 2020 Ryder Cup will be pushed to 2021.

Tiger gave us his standard, pre-tournament statement, the one he typically uses after a lengthy layoff:

“I’ve missed going out and competing with the guys, can’t wait to get back out there.”

Well, truth be known, we can’t wait for you to get back out there, either, Tiger.

Muirfield Village is Jack Nicklaus’ course but it has been Tiger’s home-away-from home — he’s won there five times.

But while we wait for Mssrs. Woods and DeChambeau, there’s a tournament in progress at a kinder, gentler, less difficult Muirfield Village.

The next buzz came in the afternoon when Collin Morikawa was lighting things up on Jack’s course.

The last time we saw Collin, he missed the 35-hole cut at The Travelers, ending his streak of consecutive cuts made at 22, three short of tying El Tigre’s streak when he started his Tour career.

Morikawa took last week off, rested and re-worked his game.

On Wednesday, he worked with his swing coach and developed a solid plan to play Muirfield Village as this event is Morikawa’s first trip to Jack’s place.

“I found something with my coach on Wednesday, a lot of it was back to basics,” Morikawa said after he grabbed the first round lead with a seven-under par 65 that could have been 64 had it not been for a poor approach to the 18th that found a greenside bunker.  A so-so sand shot left him 13 feet for par and he missed.  It was his only hiccup in what was otherwise an outstanding round of golf.

“Obviously a very tough course.  You have to be smart out here,” said Morikawa, who is obviously a smart player as he’s now inside the top 30 in the world, checking in at 29.  “A lot of positives,” Morikawa said of a day that saw him hit shot after quality shot.  “Stick to your plan the next three days, be smart, you have to be a thinker on this golf course,” Morikawa added, talking about the course designed by golf’s ultimate thinker — The Golden Bear.

Morikawa’s 65 left him a shot better than Adam Hadwin, who had the best round of the morning wave, a 66.  It’s been building for a while,” Hadwin said of his good outing.  He finished tied for fourth last week in Detroit.  “I stayed patient and hit good quality shot on the right side of the hole,” he added.  He hit 15 of 18 greens on the day.

It was a warm day in Dublin, outside Columbus, conditions were prime for scoring, especially in the morning when the greens were receptive.  In the afternoon, they were firming up which made Morikawa’s round even more impressive.

In the meantime, there’s three more days of the Workday and the countdown is on until you know who makes his return.