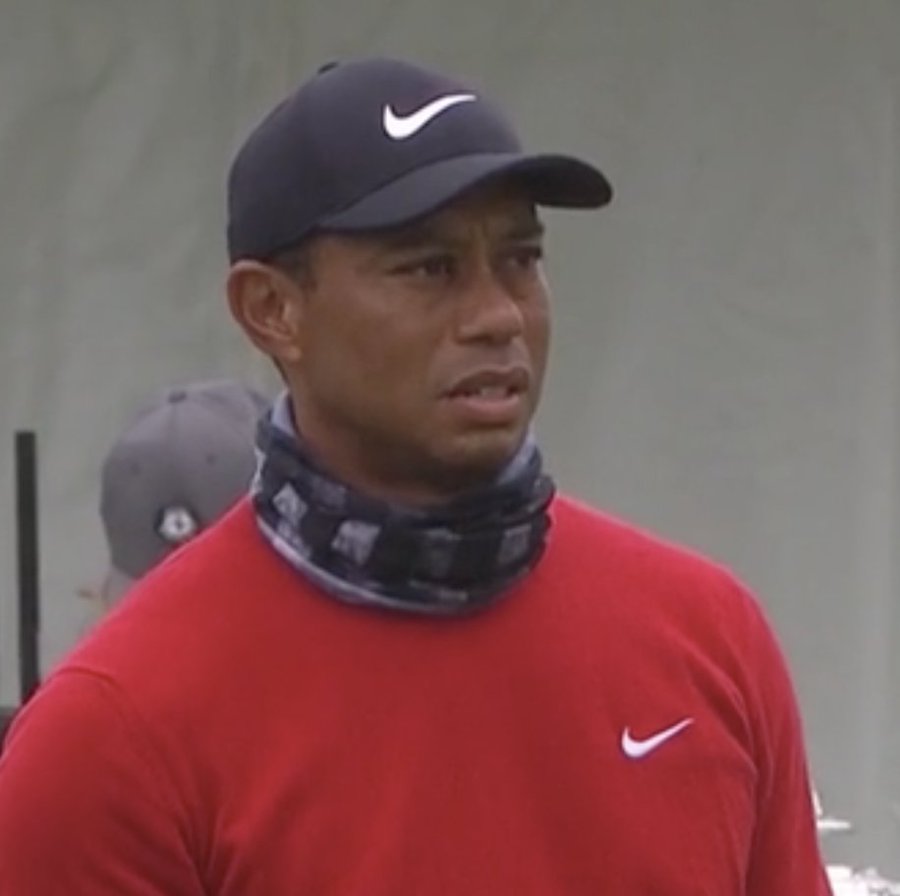 When Tiger Woods looks back at the 102nd PGA Championship, he’ll see he wasn’t good and he wasn’t bad.

He was Mr. Inbetween.

Tiger had two good rounds, two bad rounds.  The good rounds served as bookends for the bad ones — 68-72-72-67.  Woods finished at one-under par, good for a tie for 29th, about middle of the pack.

His 67 on Sunday featured 25 putts — finally.  It was the short game, especially the putter, that kept Woods out of contention in the season’s first major.  He never did figure out the bunkers at Harding Park, which had hard sand in them.

But when you consider the most important factor — his body — Woods came out just fine after four days at Harding Park in the chilly San Francisco air.

“Body, it held up pretty good this week, all things considered,” Tiger acknowledged after he finished the final round at three-under, getting him into red numbers for the tournament — one-under par 279.

The “all things considered” were the chilly morning temperatures, low 50s, and the damp, heavy air — things that aren’t conducive for keeping his back warm and limber.

As for the final 18, “I felt like I putted the ball a little better today, the course was a little slower,” Woods pointed out.

Woods then hinted we’ll see him in two weeks when the FedEx Cup playoffs begin in Boston.

“Looking forward to a week off — then we’ll get back at it.”

Ryan Palmer put up the day’s first low round.  He finished eagle-par-birdie — 3-3-3 — for his 64 while An took advantage of his hole-in-one at the par three 11th to shoot 64.  An had a good look at birdie on the 18th green but narrowly missed for 63.

Karma Takes A Big Bite Out Of Brooks Koepka:

Pure Karma took a big bite out of Brooks Koepka on Sunday afternoon at the 102nd PGA Championship.

Koepka went into the final round at Harding Park trailing overnight leader Dustin Johnson by just two shots and Koepka was confident he was the man to beat on Sunday.

Koepka made a bold statement after his round on Saturday:

“A lot of the guys on the leaderboard, I don’t think have one (major),” he said. “I guess DJ has only won one, but I don’t know the other guys that are up there.  I like my chances.  When I’ve been in this position before, I’ve capitalized. I don’t know, (Johnson)’s only won one. I’m playing good. I don’t know, we’ll see.”

Koepka bogeyed the second hole and made three more by the turn.  He didn’t make a birdie until the 12th hole. He finished with an ego-bashing four-over-par 74.  It was the second-worst score of the day and it dropped him into a tie for 29th.

“To make the turn at four-over was disappointing, to say the least,” Koepka said. “You knew you had to be under par, at least one, to have a good chance on the back side. I mean, it’s my first bad round in a while in a major.

“Hey, wasn’t meant to be,” Koepka said. “Three in a row, you’re not really supposed to do two in a row looking at history. But that’s all right. Got two more (majors) the rest of the season and we’ll figure it out from there.”

Koepka was forced to swallow a major chunk of humble pie this time.