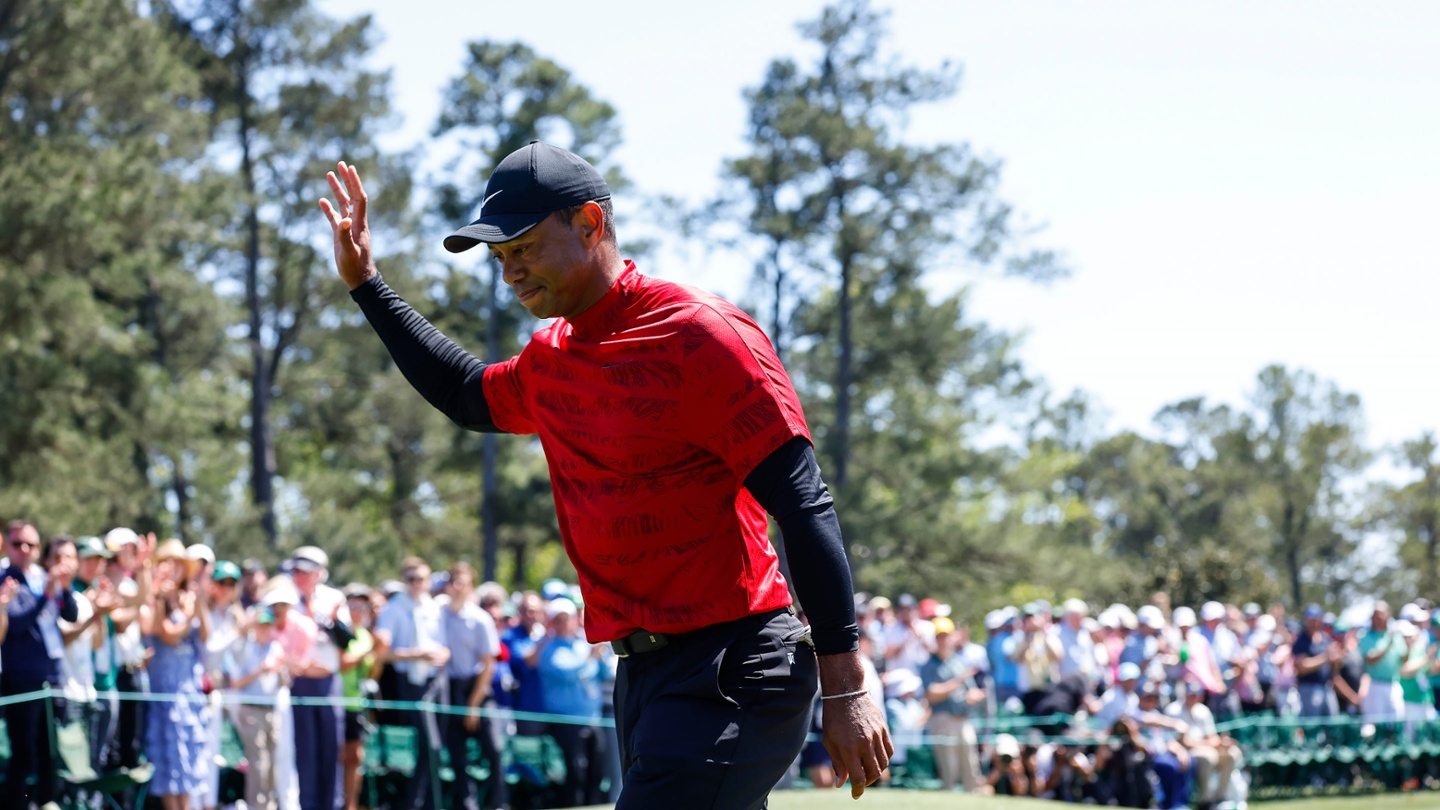 Tiger Woods will play at the 150th Open Championship. He's not sure about the PGA.

What started out with pure excitement at the 86th Masters when Tiger Woods opened with 71, ended with the iconic major champion limping his way around Augusta National and closing out his comeback to competitive golf with a pair of 78s over the weekend.

Woods was in the hunt after a second round 74 and knew his Saturday needed to be a big day.  It wasn’t.  The cold air and chilly winds made it difficult for his surgically-repaired body to function the way it needed to.  Woods shot 78 on Saturday then followed it up with another on Sunday.

As he moved around Augusta National on Sunday, his limp was more noticeable than at any other time in the tournament.

But Woods took away nothing but positives from his return.  “It was an unbelievable feat.  I wasn’t playing my best out there.  To end up here and play all four days — I think it was a positive — I have a lot of work to do.”

Woods also gave an indication of when he’ll play again.

“It’ll be just the big events.  I don’t know if I’ll be able to play at Southern Hills or not,” he said referring to next month’s PGA Championship in Tulsa.  “But I am looking forward to St. Andrews. That is something that is near and dear to my heart.  You know, I’ve won two Opens there, it’s the home of golf, it’s my favorite golf course in the world.  I will be there for that one. Anything in between that, I don’t know. I will try, there’s no doubt.  This week, I will try to get ready for Southern Hills, and we’ll see what this body is able to do.”

The PGA Championship is set to begin May 19th at Southern Hills.  The 150th Open Championship begins July 14th at St. Andrews.

Woods made no mention of the U.S. Open Championship, which will be contested June 16-19 at The Country Club in Brookline, Mass.

Rory McIlroy had his best-ever performance at The Masters.  His second place finish was his best overall and his closing, eight-under par 64 was his best round at Augusta National in his 14 appearances.

“I gave it a great go,” McIlroy said after his Sunday round with Collin Morikawa.  “I can’t ask any more of myself.  I shot my best score at Augusta.  It’s what you dream about — to finish like this.”

McIlroy started his final round with a birdie at the first then added three more before the turn.  He started the final nine with a birdie at the difficult 10th then both he and Morikawa made eagles at the 13th.  Rory had one more outstanding trick up his sleeve.  After he pulled his drive into the left fairway bunker, his second found the right fairway bunker and from there brought a huge roar from the crowd when he holed an incredible blast from the sand.  It landed 20 feet above the hole and made its way into the cup.

What cost Rory a legitimate shot at the Green Jacket were his first two rounds — a pair of 73s.  He played poorly when most were taking advantage of good scoring conditions and a course softened by three inches of rainfall prior to the start of the tournament.

Rory’s 64 tied the record for low Sunday score at the Masters and his final 18 was the only bogey-free round in the 2022 Masters.

It was obviously a good pairing for both McIlroy and Morikawa.  Collin closed with a 67 to finish solo fifth — his best-ever showing at The Masters.

Bryson DeChambeau shot 80 on Friday but didn’t bolt out of town.  He stuck around and on Sunday, followed Tiger Woods to watch the 15-time major champion’s Sunday round.

“How many chances do you get to do that?” DeChambeau said.