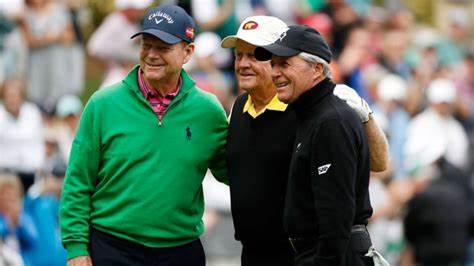 Tom Watson will join Jack and Gary as an honorary starter at the 2022 Masters.

The Masters lost Lee Elder as an honorary starter last year and made a move to fill his spot this week.

Tom Watson will join with Jack Nicklaus and Gary Player in the group to kick off the 2022 Masters in April.

Watson put together this statement:

“Augusta National in April is one of my favorite places to be.  With the many fond memories of both watching the Masters as a youngster and then competing in the tournament for so many years, I am greatly honored to join my friends and fellow competitors, Jack and Gary, as an honorary starter in this upcoming Masters.”

Arnold Palmer was a long-time honorary starter until he died in 2016.  Elder appeared with Nicklaus and Player on the first tee at last year’s Masters but his failing health prevented him from hitting a tee shot.