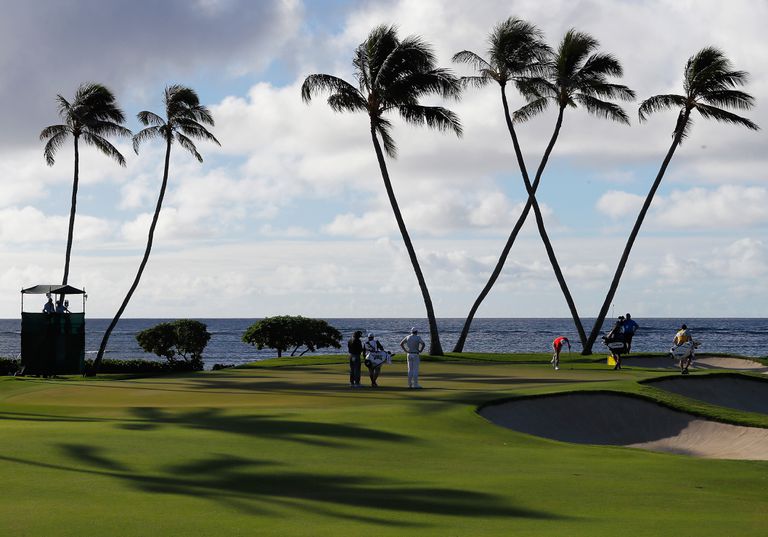 The Sony Open is one of the longest-running events on the PGA Tour — this is its 55th year — and stately Waialae Country Club has stood the test of time.

Waialae is one of the last of the “old school” courses on the PGA Tour.  It was created in 1927 by world-famous architect Seth Raynor and at less than 7,200-yards in length (7,125), it’s one of the shorter courses on Tour.

When play gets underway on Thursday, defending champion Kevin Na heads a field that also includes Tournament of Champions winner Cam Smith, the newest member of the top 10 in the Official World Golf Rankings.

It’s a short plane ride from Maui to O’ahu and the famous course in Honolulu.  Waialae is a polar opposite of last week’s venue — the Plantation course at Kapalua.  Waialae is relatively flat with few elevations and the greens are not as undulating.  Last year Na put himself in position to win with a nine-under par 61 on Saturday then closed with 65 and shot 21-under par to beat Chris Kirk and Joaquin Niemann by a shot.

Honolulu has had heavy rainfall the past three weeks and the grounds crew at Waialae hasn’t been able to cut the rough until this week.  Because of the wet conditions, the rough will be at four inches rather than the usual length of three inches.  So accuracy off the tee may be at more of a premium.

Smith, who set the PGA Tour 72-hole scoring record last week, won the 2020 Sony, his first individual win on the PGA Tour.  He attributed his success at Kapalua and at Waialae to greens that are similar to those he grew up playing in Brisbane (Australia).

Some of the other winners from 2021 who made the trip over from Kapalua include Masters champion Hideki Matsuyama, Taylor Gooch, Kevin Kisner, Billy Horschel and Abraham Ancer.

One big name who entered but withdrew on Monday was Bryson DeChambeau.  DeChambeau cited a sore wrist but no doubt it will be well enough for him to accept a fat appearance at the Saudi Invitational next month.