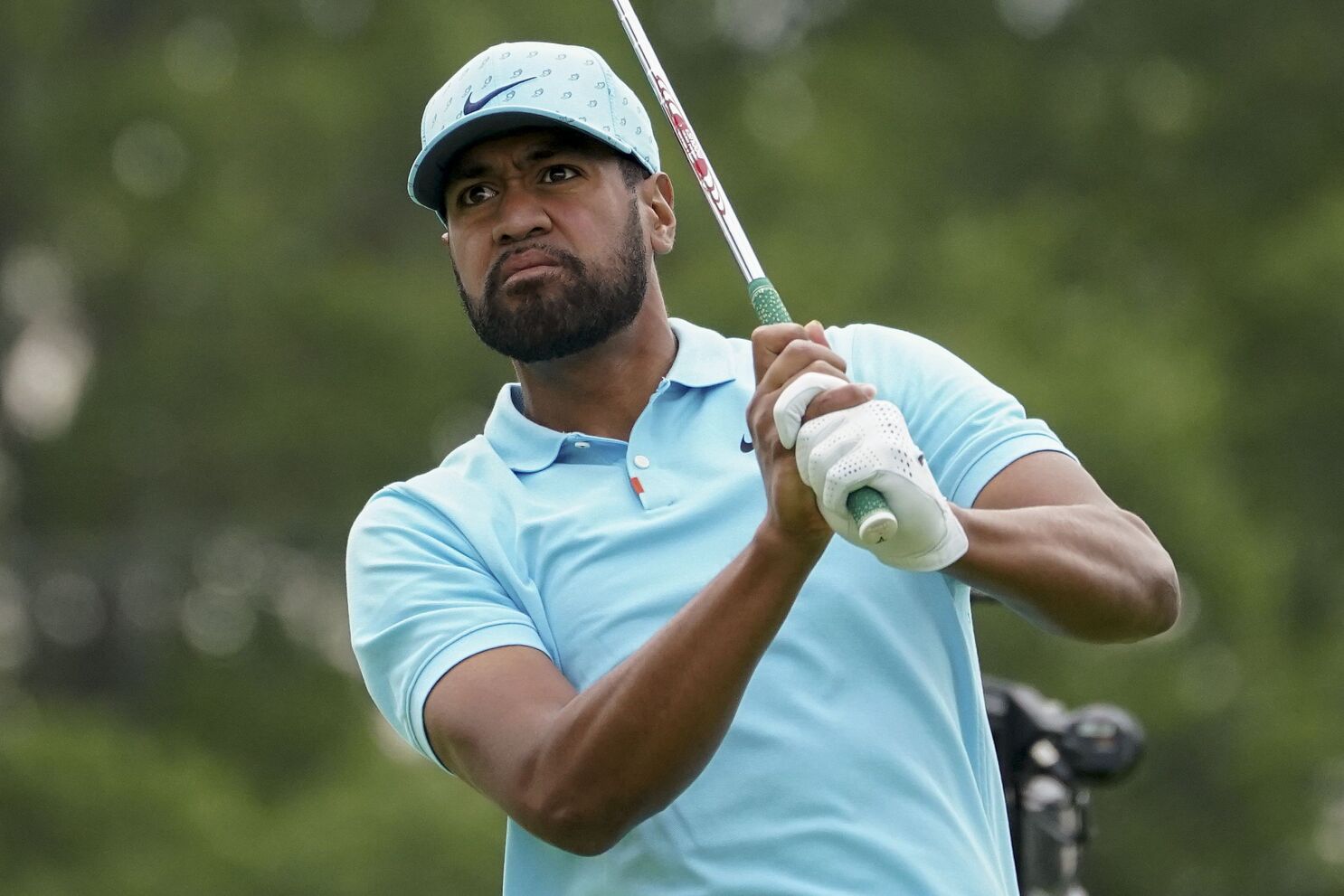 Tony Finau had things go his way last week at the 3M and he brought that momentum from Minneapolis to Detroit.

Finau shot a bogey-free 64 on Thursday at Detroit Country Club and claimed a share of the first round lead at the Rocket Mortgage.  Tony arrived at his final hole of the day, the ninth and was looking at a 20-footer for birdie and 63 to tie the tournament record but his putt came up just short.

“My last shot lacked a lot of conviction,” Finau said. “I wanted to at least get it to the hole, give it a shot. A few of my putts were like that out there, just left them right in the heart a little short. Wasn’t super happy that I left it short, but overall it was a nice round.”

Finau got out in the morning wave when the wind was down, later in the day, it grew stronger and the birdie well started to dry up, leaving Finua savoring his good start.

“Obviously 64 is a very good round,” Finau said. “But this is a golf course where a lot of guys are going to make birdies, so anytime you can get off to a fast start, I think it’s much needed on a golf course like this.”

Canadian Taylor Pendrith shared the top spot with Finau.  Fendrith is looking for a good week to sew up his spot in the FedEx playoffs.  He’s currently 97th but a top 10 would go a long way to helping him advance past the first event.

Webb Simpson was one of five players two shots back at 66.  Simpson is 117th on the FedEx list, he’s looking to make a big jump after missing the cut in three of his last four events.

“No fives on the scorecard —  that’s always a good thing,” Simpson said. “I hit a couple loose shots there on one and two off the tee, but got away with it, had clean looks, made birdies on both those holes. Around Detroit Golf Club that’s not very normal to hit it in the rough two holes in a row, make two birdies. But just took care of the par fives like you have to do here.

“Overall just really solid, didn’t give myself too many putts where I’m sweating over them for par. Super happy with the work I put in last week on my week off and yeah, right where I want to be after round one.”

It was a less-than-stellar day for a lot of higher profile players.  World No. 4 Patrick Cantlay turned in a 70, as did Will Zalatoris and they were tied for 53rd.  Presumptive Rookie Of The Year Cameron Young’s 71 left him tied for 72nd.  Max Homa’s 72 had him tied for 108th and Rickie Fowler had a struggle.  He finished with 73 and was tied for 120th and will have to hustle on Friday to make the 36-hole cut.