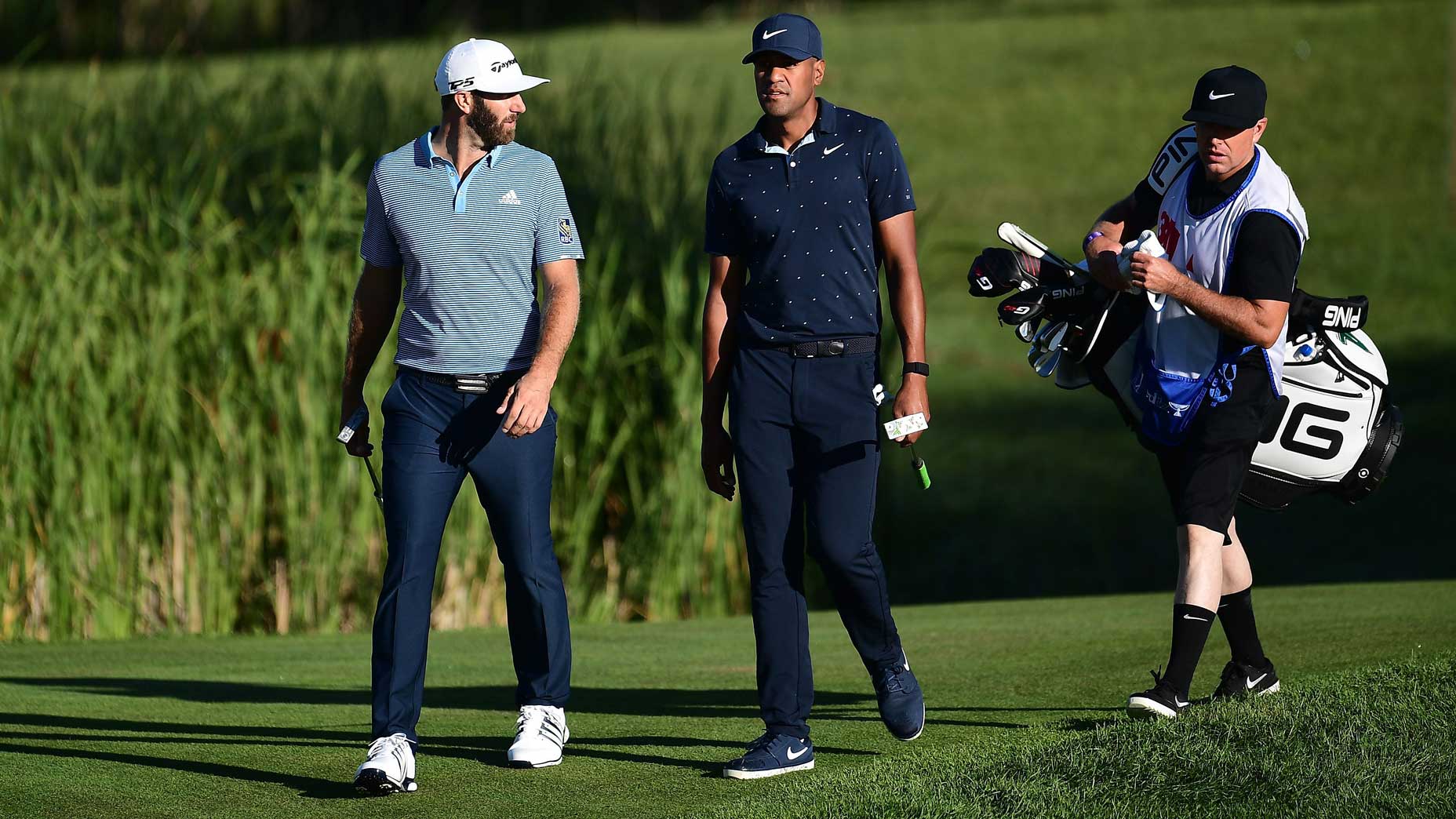 Tony Finau will replace Boyd Summerhays with his brother.

Finau couldn’t perform when the tournament was on the line late Sunday.

Tony was in the thick of it with a couple of front-nine birdies but the back nine produced the same old tune.  He didn’t birdie the par five 12th, a sloppy bunker shot at the 13th led to a bogey.  He missed a birdie attempt  from nine feet at 15 then drove in the thick left rough at the reachable par four 16th.  His second left him 43 feet away and he made par where the rest of the contenders were making birdies.

A really poor drive on the final hole found some deep rough.  He was forced to layup but stuck his third close to close with birdie and put himself in a nine-way tie for third at 16-under.

“I had some great looks down the stretch. I didn’t make the putts I needed to,” Finau said after yet another futile Sunday afternoon.  “You’ve got to make those putts to win the tournament and I wasn’t able to do it today. But my game’s in a great place with three majors right around the corner, and that’s pretty exciting for me.”

This was the first and only tournament for Summerhays as Finau’s caddie.  He’ll now turn to brother Gipper to handle the caddie duties.

Former University of Oklahoma golfer Max McGreevy took a big step in his career Sunday at the Price Cutter Charity Championship on the Korn Ferry Tour.

McGreevy sizzled with a closing 64 and posted 21-under par.  But he had to wait to see if his total would hold up..

McGreevy camped out near the 18th green at Highland Springs Country Club in Springfield, Missouri, waiting to see if his 21-under would stand.

When neither player made three, McGreevy started celebrating.  Turns out that came too soon.  Rodriguez was actually at 20 under and could tie McGreevy if he sank a 30-footer for birdie.

“I probably looked a little silly,” McGreevy said afterward. “Luckily, it worked out in my favor.”

“I’ve never won a four-round event before,” said McGreevy, who opened the week in 64 before entering Sunday five shots back. “To be able to put something together on the final day means a lot to me.”