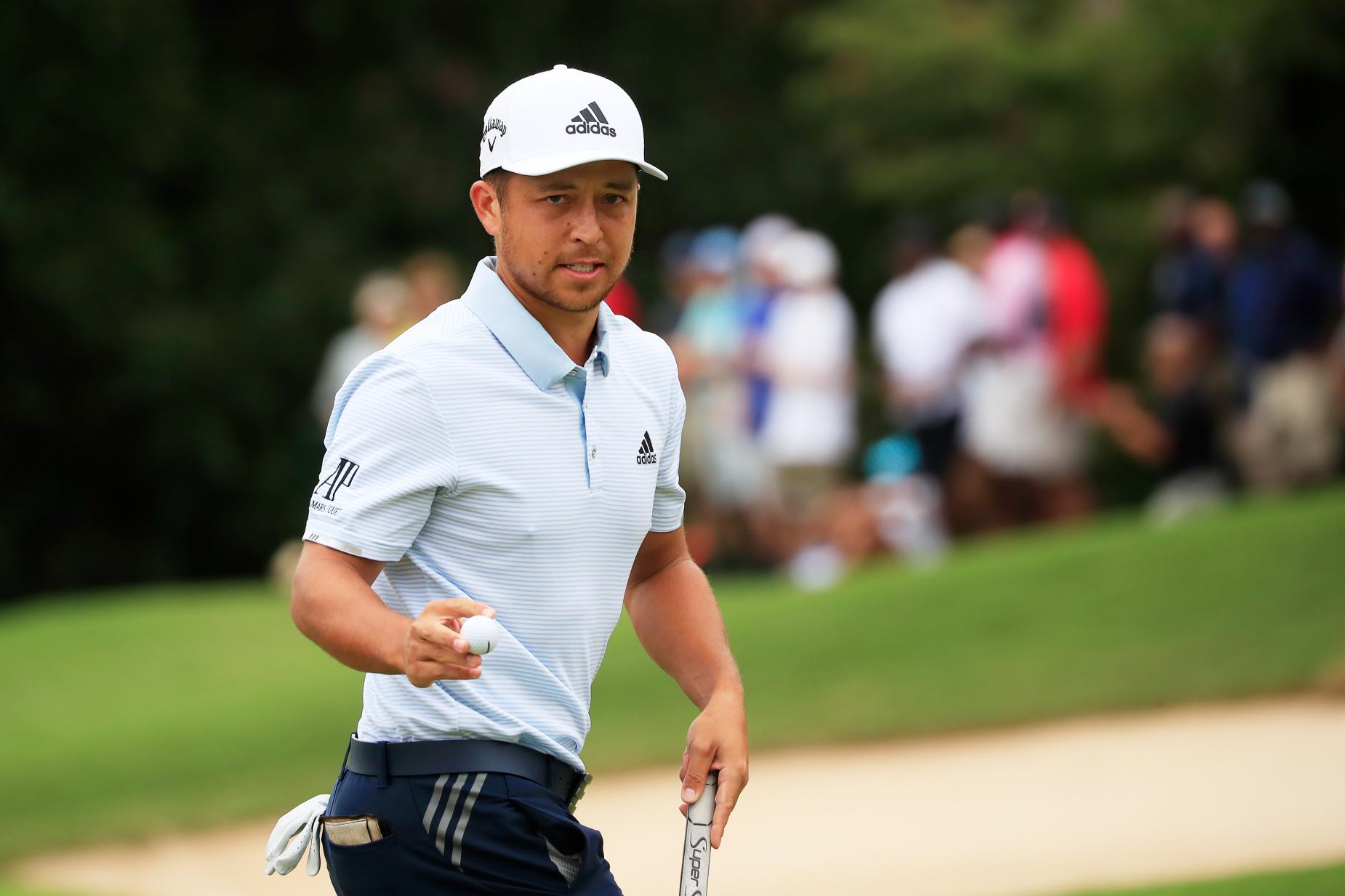 After a pair of 63s, Xander Schauffele takes a five-shot lead into the weekend.

Xander Schauffele is in total command of The Travelers after shooting 63 once again on Friday.  A pair of them have him at 14-under par and five clear of five players.

It looked like a Rory McIlroy-Schauffele race on Friday at the TPC River Highlands.  After his opening 62, Rory was five-under for his round through 11 holes, he was at 13-under par with a bunch of birdie holes to play.

Then hit three-wood went haywire.  Rory used it for his tee shot at the par five 12th and hit it out-of-bounds left.  His provisional found the right rough, his fourth found a greenside bunker.  He caught the bunker shot thin and flew it over the green.  He finally got his sixth on but missed the putt for seven and walked off with a quadruple-bogey eight.

Disaster hit Rory again at the driveable par four 15th where another three-wood tee shot sailed well right onto a steep hillside and into thick, high fescue.  He did manage to chop it out and was just in front of the green.  He got too frisky with his third and it ran across the green and into the water hazard left of the green.  His fifth left him a tough putt for double and Rory walked off with a triple.

He blew seven shots on the two holes, finished even par for the day and starts the third round at eight-under, six back of the leader.

“For whatever reason, I haven’t been comfortable with my fairway woods the last couple weeks,” McIlroy said after the chaotic back nine where he shot 39.   “I just hit three loose ones there, two on 12 and then the one on 15. That was really it. I played well the rest of the way. Obviously got off to that great start. I thought I came back well. I made a good putt for 6 on 15 and then birdied 16.

“Yeah, I should be closer to the lead. Feel like I let a lot of guys into the golf tournament because of it,” he added.  “There is a lot of time left and I know that there is so many birdies on the golf course for me.  It’s just a matter of not trying to force the issue, stay patient, and if I keep playing the golf I know I can play, I’ll hopefully get a little closer to that lead.”

Rory was one of nine players at eight-under par.

The cut came at two-under.  Jordan Spieth tried to recover from his opening 75 on Thursday but his 66 left him at one-over par and exiting early.

Jason Kokrak, who is heading for the LIV exhibition series, was sitting just short of the ninth green with his drive.  It was his final hole of the day.  After an opening 67 he was four-over for the second round.  He skulled that second from just 43 yards short of the green, over the green and into thick woods behind the green.  Kokrak simply walked off the hole and headed for the clubhouse.  He didn’t turn in his card and was disqualified.