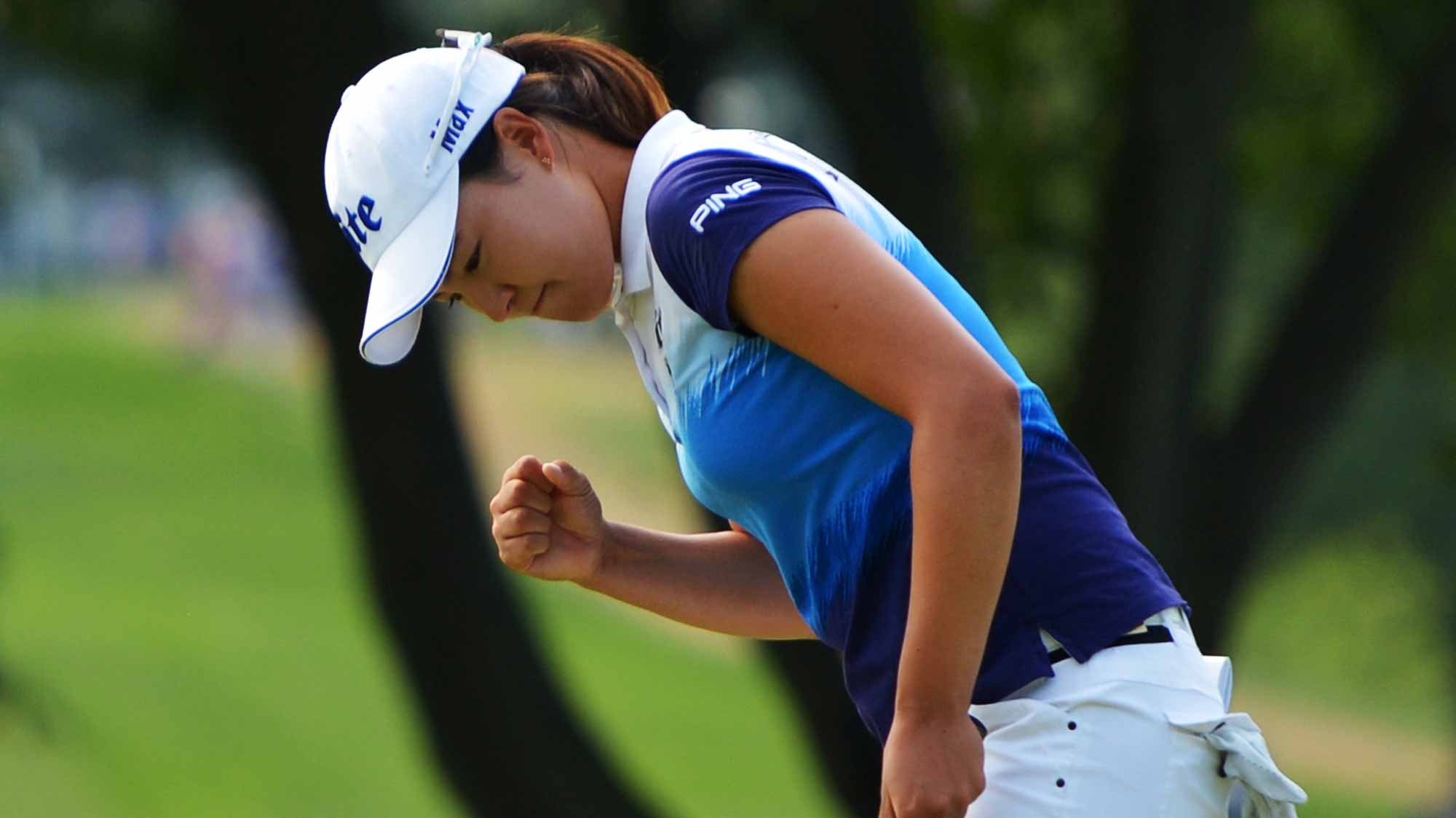 In Gee Chun is in position to win a third major championship.

With 36-holes left to play, the 2022 Women’s PGA championship is In Gee Chun’s to win or lose.

She’s totally poised to win it — with rounds of 64-69, her 11-under total is a record for the championship and she has increased her lead to a whopping six shots heading into the weekend at  Congressional.

There are two strong players chasing her but Lydia Ko and Jennifer Kucho will start the third round six shots behind.  After an even par 72 on Thursday, Ko got it going and turned in a 67 on Friday to get to five-under.  Kupcho joined her with a second round 68.

Sei Young Kim heads a group that is seven back that includes Brooke Henderson and Hannah Green.

The world’s No. 1 and 2 are pretty much out of it.  Jin Young Ko’s back-to-back 72s has her at even par while Nelly Korda is one-over after shooting 74 on Friday.

The U.S. Senior Open is shaping up to be a great race to the finish with some big names in the hunt at Saucon Valley.

Paddy Harrington jumped to the top of the leader-board on Friday with the best round of the week thus far — a six-under par 65 that put him alone at six-under.

Senior extraordinare Steve Stricker is right on Harrington’s heels.  Stricker is in at five-under after adding a 69 to his opening 68.

Rob Labritz was alone at four under but some significant threats sit at three-under, including Schwab points leader Steve Alker.  With rounds of 72-67, Alkers is in good position for a weekend move.  Jay Haas, Rocco Mediate, Thongchai Jaidee and Gene Sauers are in at three-under with Alker.