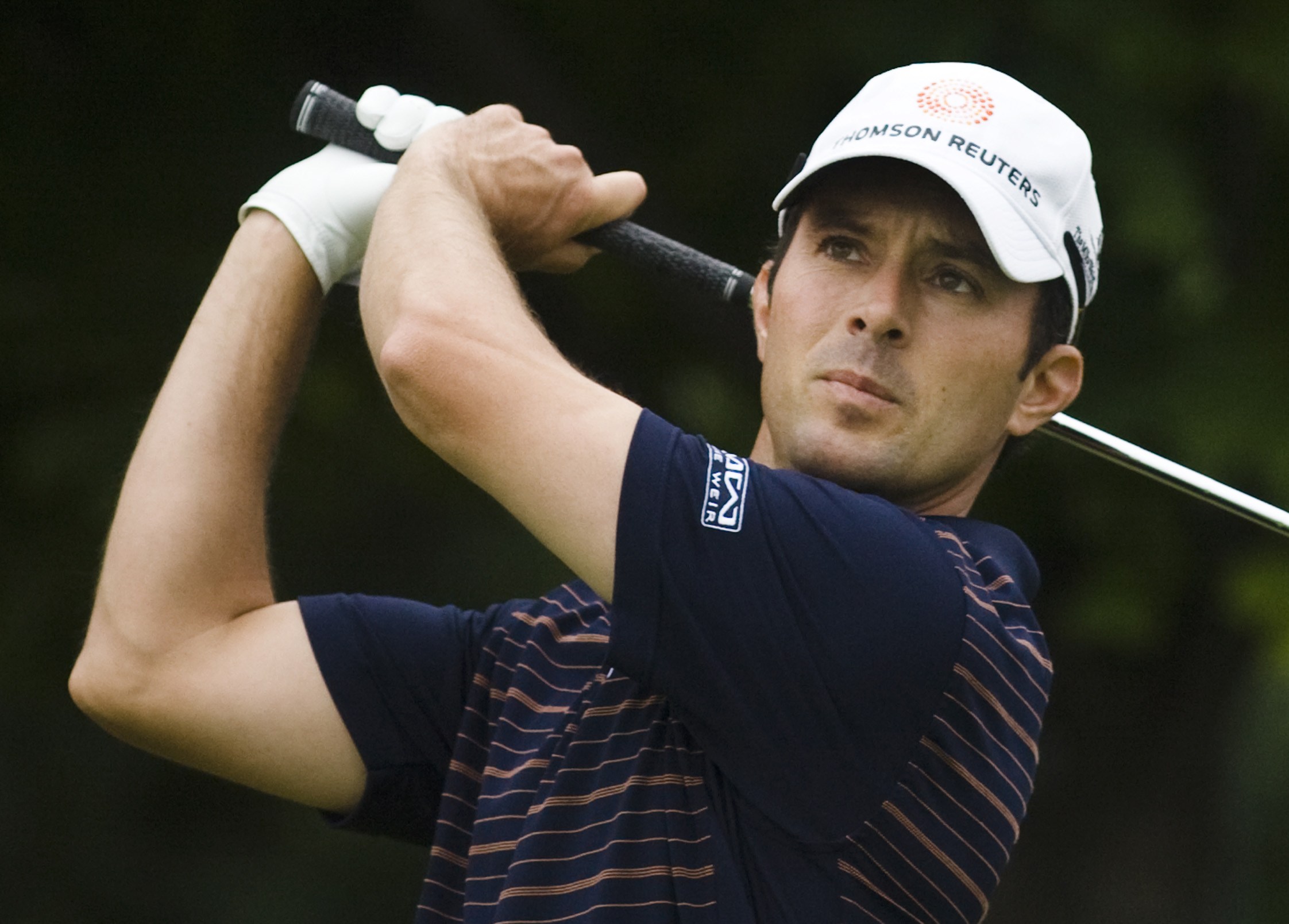 Mike Weir's second round 63 took him to the top of the leaderboard.

If Phil Mickelson is going to make it two-for-two on the Champions Tour, he’s going to have to run down Mike Weir on Sunday at the Dominion Energy Charity Classic.

Weir will take a three-shot lead into Sunday’s final round thanks to a 63 Saturday afternoon that got him to 13-under par, three better than Michelson who shot 66 after a morning 68.

The field got in 36 holes on Saturday after the scheduled first round on Friday was rained out at the Country Club of Richmond.

Bernhard Langer was in at seven-under, Ernie Els, six-under.

England’s Matt Wallace birdied his final two holes Saturday at the Fairmont Links for a closing 66 and will take a three-shot lead into the final 18.

Wallace’s third round 66 got him to a whopping 18-under par, three clear of fellow countryman Garrick Porteous, who had a 66 of his own to post 15-under.

First round leader Adrian Otaegui kept himself in contention with a 70 and was alone in third at 14-under followed by Sean Crocker (67) at 13-under par.