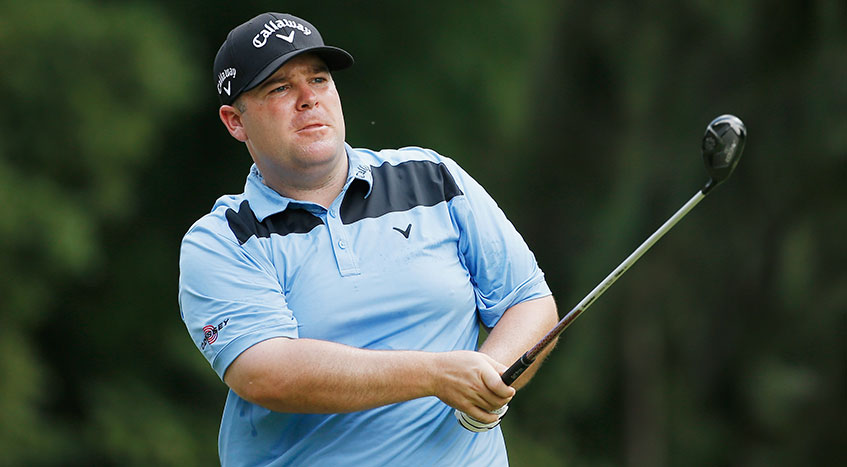 Colt Knost finished tied for fourth. Will he re-think his retirement plans?

Zach Smith Pulls A Stunner At The Scottsdale AZ Open

When you throw PGA Tour players into a local golf event, you’d expect them to dominate.

That wasn’t the case at the 54-hole Scottsdale AZ Open.

The $130,000 tournament wrapped up on Thursday.  Joel Dahmen was an overwhelming favorite to win the $20,000 first place check but it didn’t turn out that way.

Zach Smith, a former college golfer at the University of California, Santa Barbara, closed with a 62 at the Talking Stick Golf Club and ran away with the title, shooting a whopping 18-under par for three rounds.

Runner-up to Smith was Mackenzie Tour player Carson Roberts, who closed with a 68.

Best performance by a PGA Tour player was a tie for fourth from Colt Knost, who has said he’s retiring from the PGA Tour.  Knost closed with 66 and was 13-under along with Brady Calkins.

Dahmen, a past champion at this event, was over par for his final 18.  His 71 dropped him all the way to a tie for eighth at 11-under par.  Fellow tour player Kevin Streelman’s 67 got him to 10-under and that was good for a tied for 10th.

So much for an easy week for the tour guys.

PGA Of America Considering Plan B?:

As things stand now, the PGA Championship is the first major up on the revised 2020 schedule.  It’s slated for August 6-9 at Harding Park in San Francisco.

With California still not open, the PGA of America admits it has a “Plan B.”

“We have been talking about it,” said Kerry Haigh of the PGA Of America.  “It’s going to depend on what city, county and state allow us to do and not do.  The safety of everyone is utmost in our minds.”

The PGA Tour’s return to action is probably going to happen without name stars from Europe.

Right now, anyone entering the U.S. from outside the country has to face a 14-day quarantine.

That doesn’t sit well with players like Tommy Fleetwood and Francesco Molinari.

Fleetwood says he won’t come over and stay for four straight weeks or more.  He’ll have to figure out if he’s going to play in the majors along with the FedEx Cup playoffs.