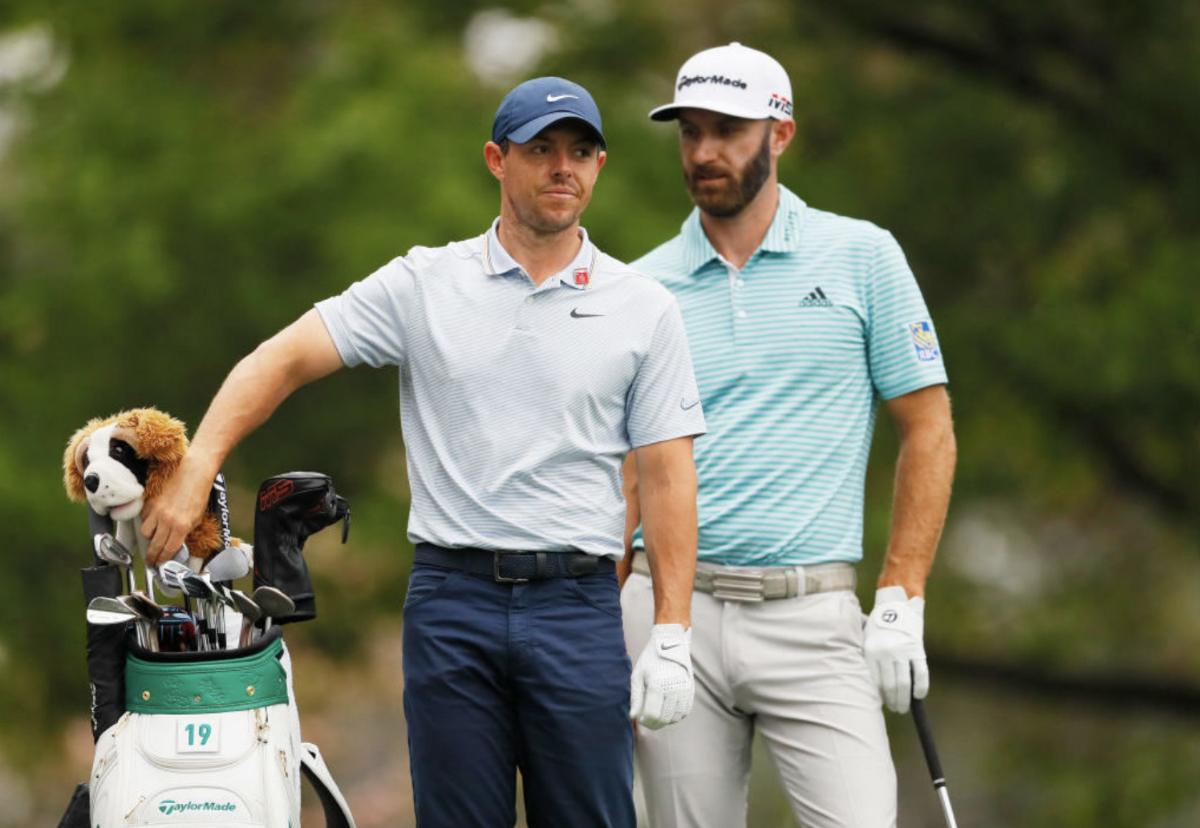 Rory McIlroy and Dustin Johnson are favored to win the skins game at Seminole.

Rory McIlroy can’t wait to get back into action on the PGA Tour.

“I just wanna get back out and play,” McIlroy said from his home in Jupiter earlier this week as he looks forward to participating in the big charity skins game at Seminole Golf Club on Sunday.

It will be the first return to live action for the world’s No. 1 since the cancellation of the second round at The Players in March.

Rory says he’s in for the first event back at Colonial on June 11th.  “I’ll play in the first three and see where it goes from there,” McIlroy said.

McIlroy said he’s confident in the PGA Tour’s safety plans and protocols.  He called it “a robust plan.”

In the meantime, he’s excited about Sunday’s event, which will be telecast on NBC starting at 2 p.m.  “I can’t wait for it,” McIlroy said.  “I’m excited for it — for the competition and the competitiveness” as he and partner Dustin Johnson will take on the Oklahoma State guys — Rickie Fowler and Matthew Wolff.

“Hopefully there will be some back-and-forth,” McIlroy said, referring to possible needling and banter between the players, who will be miked-up for the competition.

“People are going to be excited to see live golf on TV,” McIlroy said.

The format will be a best-ball of the two teams.

In the event of any ties, the dollar values will carry over from hole to hole. If the 18th hole is tied and play concludes before 5:45 p.m. ET, players will head to the par-3 17th and play it from approximately 125 yards. If the teams are still tied, they would return to the 17th tee and decide the remaining skins and money by a closest-to-the-pin contest.

If play concludes after 5:45 p.m. ET and the teams remain tied, only the closest-to-the-pin option on No. 17 will be used.

Additional bonus money will be awarded for low scores, with players earning an extra $25,000 per birdie, $50,000 per eagle and $150,000 per hole-in-one or double eagle. All putts for birdies or better must be holed and won’t subject to concession, even if the putt doesn’t affect the team score.

Paul Azinger, the NBC lead analyst, is looking forward to the action.

“I can’t wait to watch those guys.  I want to see if there’s any talk, any banter.”