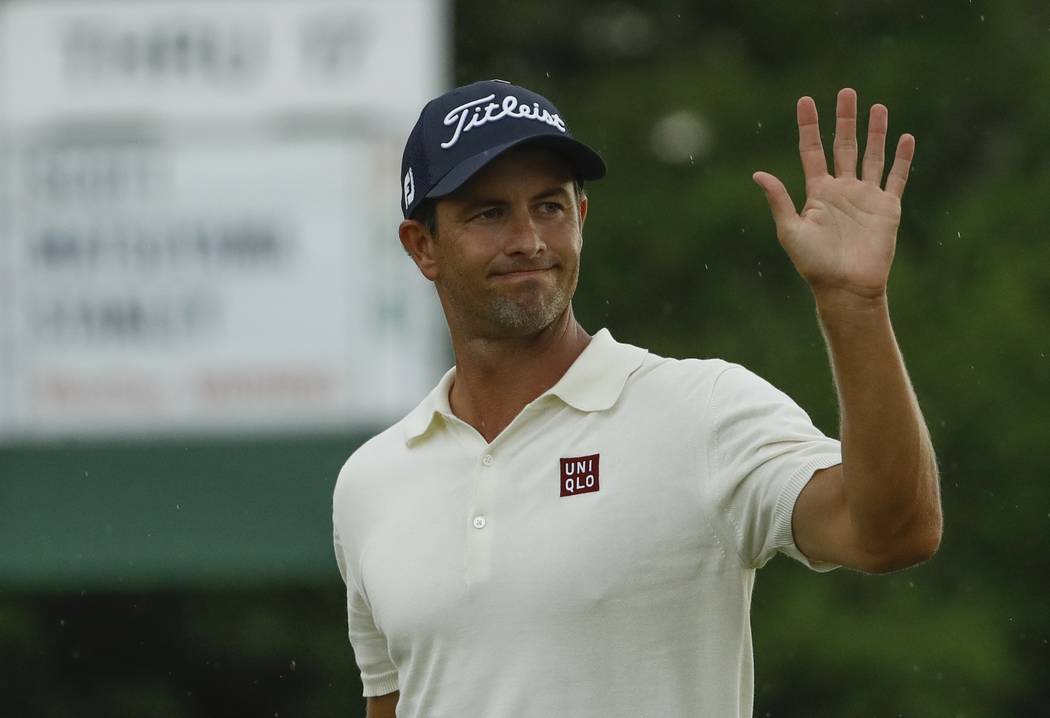 Don't look for Adam Scott on the PGA Tour until late July.

Count Adam Scott as “Mr. Skeptical” when it comes to the PGA Tour’s health and safety plan protocols.

Count him skeptical enough where we won’t see the former Masters champion back out on tour for quite a while.

Earlier this week, Lee Westwood said he will probably skip the PGA Championship due to the fact that players from outside the U.S. would have to face a 14-day quarantine.  Westwood is also the host of the the European Tour’s first outing starting July 20th at the British Masters.  He’d also face another two-week quarantine on his return to the U.K.  Simply doesn’t work.

As for Scott, he doesn’t sound sold on the PGA Tour ‘s safety plans.

“They are being fairly thorough, but my initial reaction was I was surprised it wasn’t tighter than it is,” Scott said. “What concerns me is dialogue that the Tour is hopeful of returning one- or two-hour test results. You’d want that in place before competing.”

Scott also said he has concerns with the PGA Tour plan to only administer RT PCR Nasal Swab/Saliva tests to players, caddies and certain Tour and tournament officials but would only screen others on site at tournaments with questionnaires and thermal readings.

“An asymptomatic person could operate within a tournament,” he said. “If they’re not showing symptoms, and I somehow picked it up inside the course, and I’m disqualified, I’m now self-isolating  for two weeks. I’d be annoyed if that happened.”

So don’t look for Adam to show up when things get going at Colonial.  His plan is to make the WGC-St. Jude his first event back.  That event doesn’t start until July 30th in Memphis.  It will be followed by the PGA Championship at Harding Park on August 6.

On the other side of the safety fence, world’s No. 1 Rory McIlroy said he’s fine with the Tour protocols.

So no Lee Westwood, no Adam Scott when things get rolling.

No worries, there will be plenty of stars at Colonial twenty-one days from now.